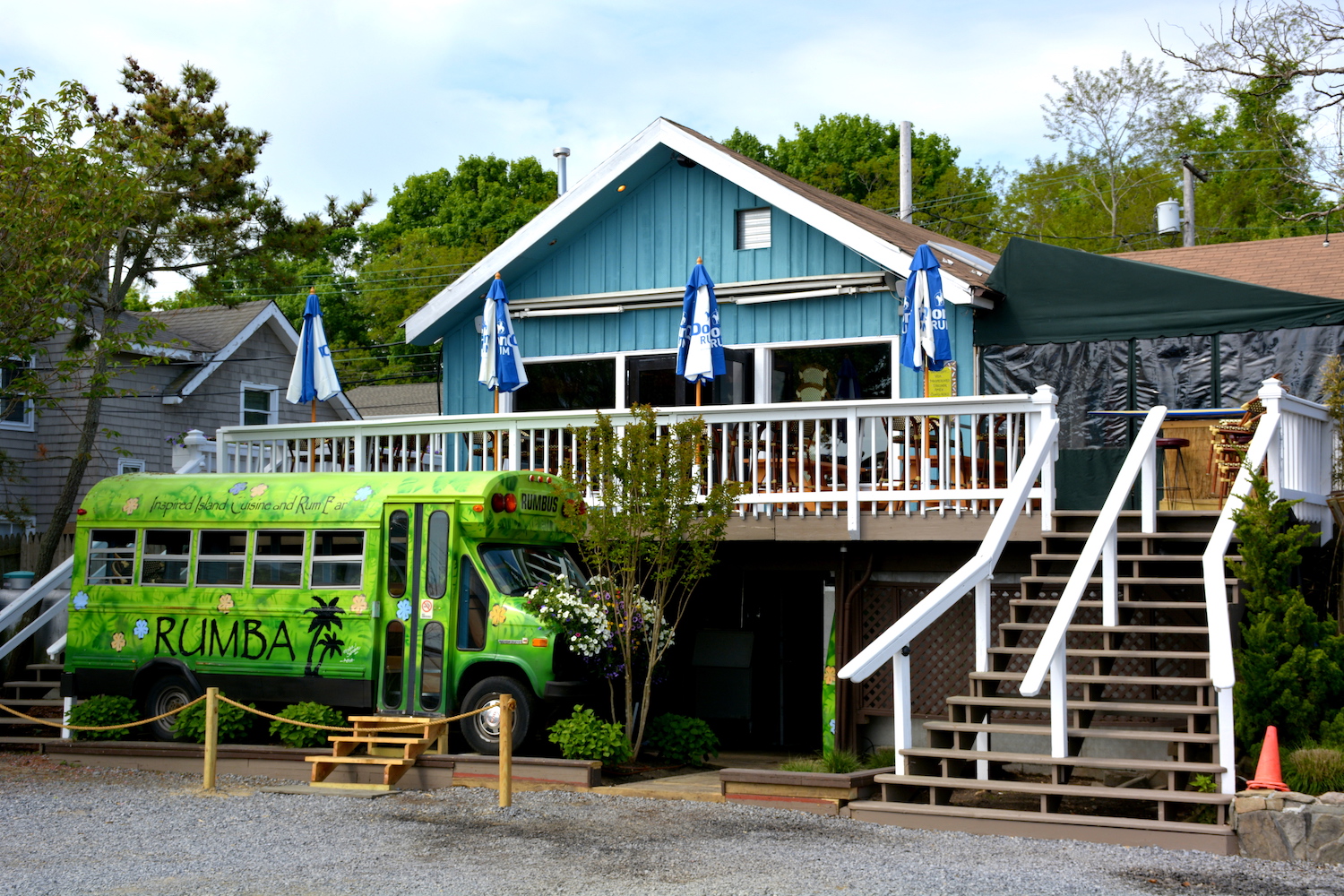 David Hersh always pictured himself settling down with his wife, Rachel, on the Caribbean Islands.

“We wanted to live the good life, be outside, relax, grow our vegetables,” Hersh said.

When the couple got pregnant with son Jude, they decided to bring the Caribbean to Hampton Bays instead. The Hersh family opened Rumba in 2010 and Long Islanders have been able to escape to a different kind of island ever since.

Walk in and let the reggae tunes take you away. The space resembles a beach bungalow, with a curved wooden roof and strings of lights. If you are not convinced you’re in the tropics on ambiance alone, the Rum Punch, made of Cruzan light and dark rum, orange curaçao, pineapple, orange and lime juice should do the trick. Light, fruity and served in a mason jar, it’s the epitome of paradise found.

Hersh understands the desire to get away, to travel and taste something different. He’s been all over the globe, from Florida to France, Bourbon Street to Dominica, and it shows in Rumba’s menu. The jerk chicken tacos are inspired by his trips to the Caribbean and some of the best rum drinks from other trips.

Rumba guests have the chance to do a little traveling too. Take a five-minute jaunt across the Shinnecock Canal on the RumBarge, a Pontoon covered by a straw awning, and they’re at sister restaurant CowFish.

“[The RumBarge] just adds a whole different element. You can drive into any restaurant for a good meal or you can go to this place that’s a dining experience. You can start with drinks at Rumba then get on a boat and go to a whole different place.” 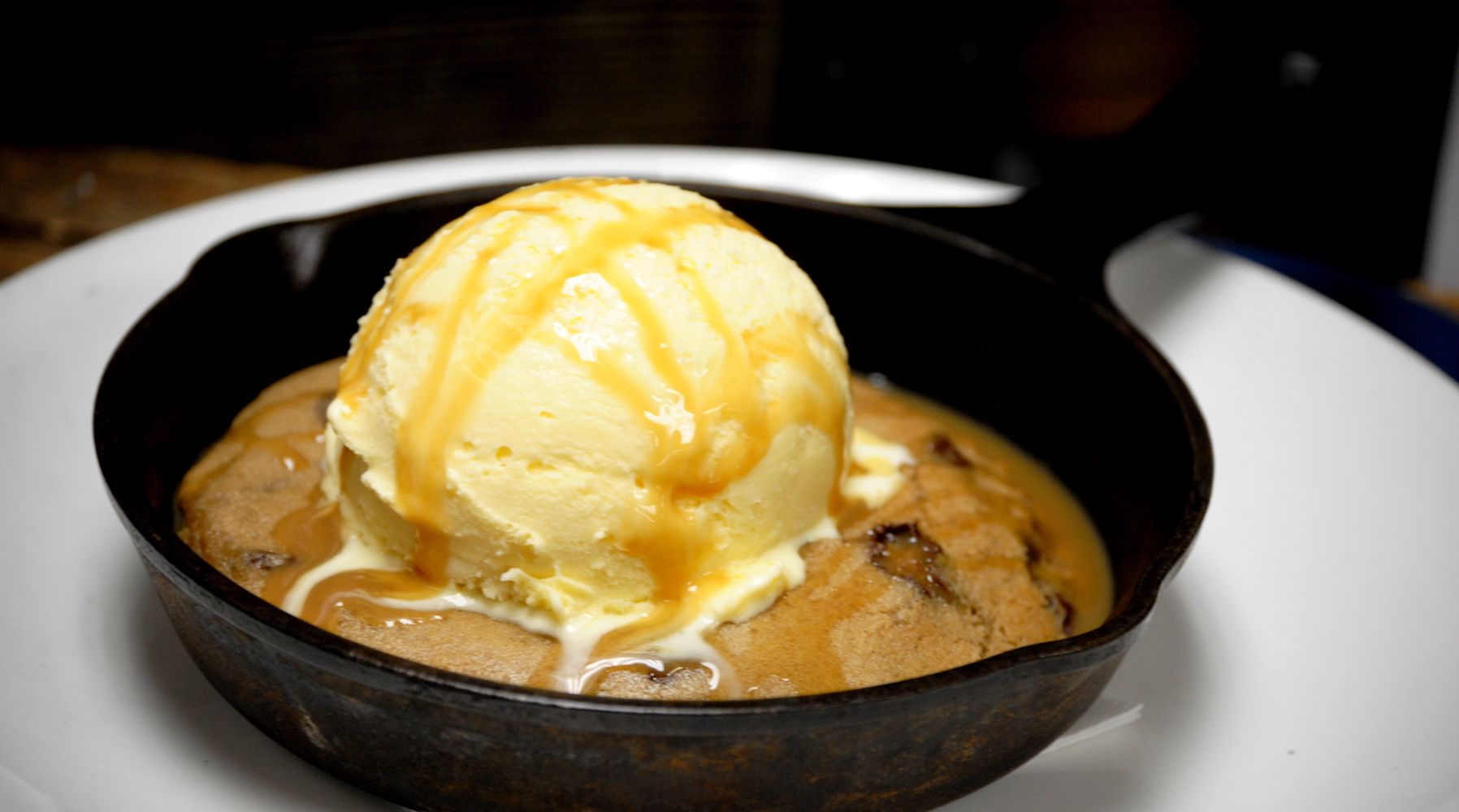 The Iron Skillet Cookie is as good as it looks.

“We wanted to do an everyday restaurant. A restaurant you can go to three to four times a week that’s family-friendly and easy on the wallet.”

In a way, CowFish offers an escape, too, in part because of the kid-friendly pirate ship that sits on the lawn.

“At 5 or 6, you’ll see kids playing on the pirate ship while their parents are enjoying a great glass of wine.” 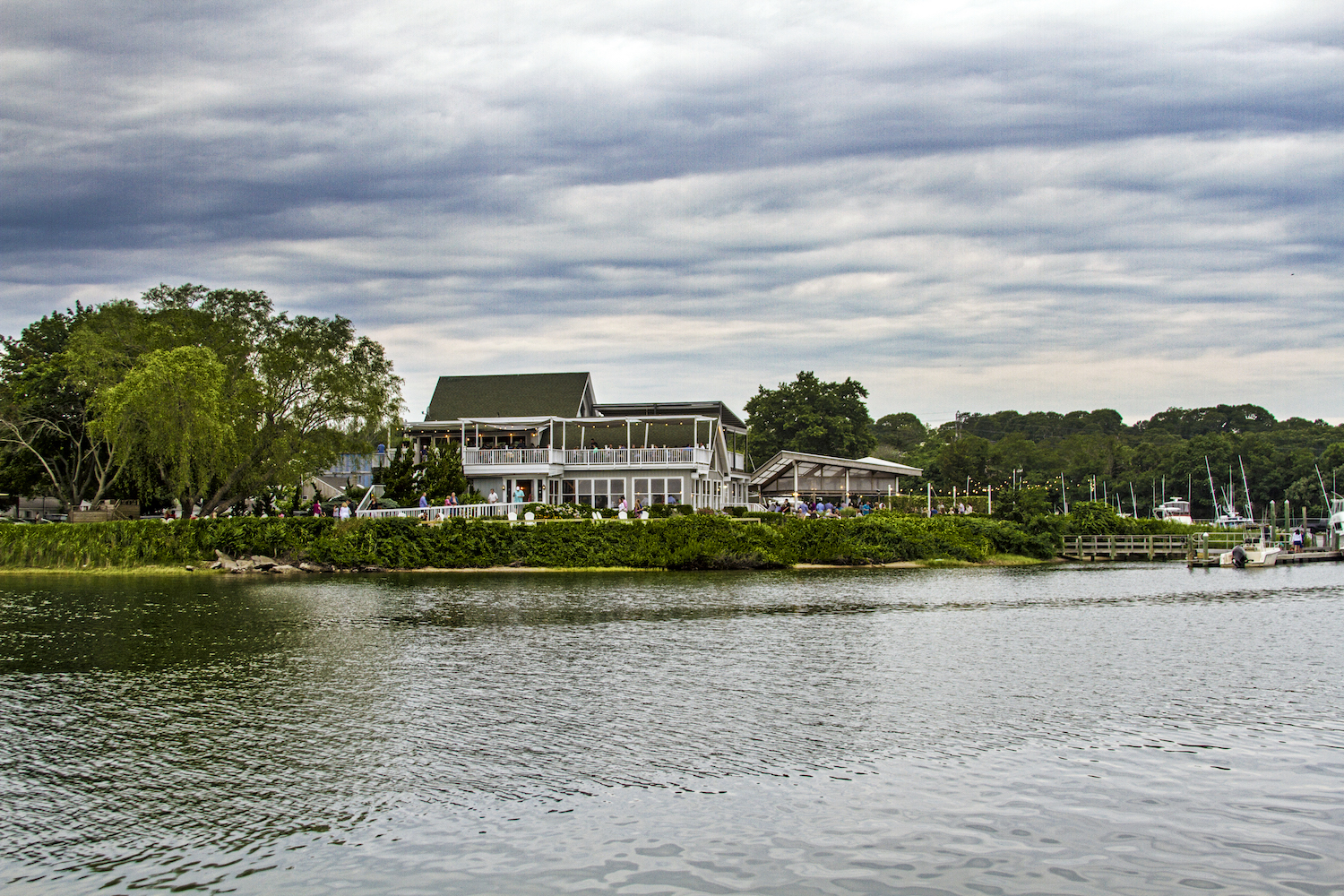 Diners keep sipping their wine in Adirondack chairs, at the outdoor bar or at one of the tables on the patio or head inside. The two-level indoor dining room has large windows offering panoramic views of the canal as well as lounge-style seating by the upstairs bar.

“You can go there a couple times and not even see the whole property.”

And we haven’t seen the last of the Hersh family. They’ll open Rhum in Patchogue this year and still haven’t given up their hopes to one-day move to warmer waters.

Yes, that’s your stomach growling. Make a reservation at CowFish and Rumba.