You’re off to the Hamptons to escape work e-mails, nagging sisters and all of life’s other pesky problems. You might as well take a vacation from driving, finding a parking space and paying for transportation while you’re at it. Launched in 2011 by East Hampton natives Alex Esposito and James Mirras as a way to combat parking issues at Main Beach and around Montauk, The Free Ride offers transportation around busy downtown areas in the Hamptons.

The “free” in The Free Ride isn’t just for show either. The Free Ride uses fuel-efficient electric cars and works with partners like JetBlue and Vineyard Vines to run the service at no cost to the rider. Today, the simple little free beach shuttle that started as a Hamptons-only service operates in Florida, California and New Jersey and will roll out a mobile app and an expanded city-wide program in downtown San Diego this month. But Esposito and Mirras still call the East End home. They took a break from modernizing urban, about-town transportation to give Pulse readers their must-visit places in the Hamptons. 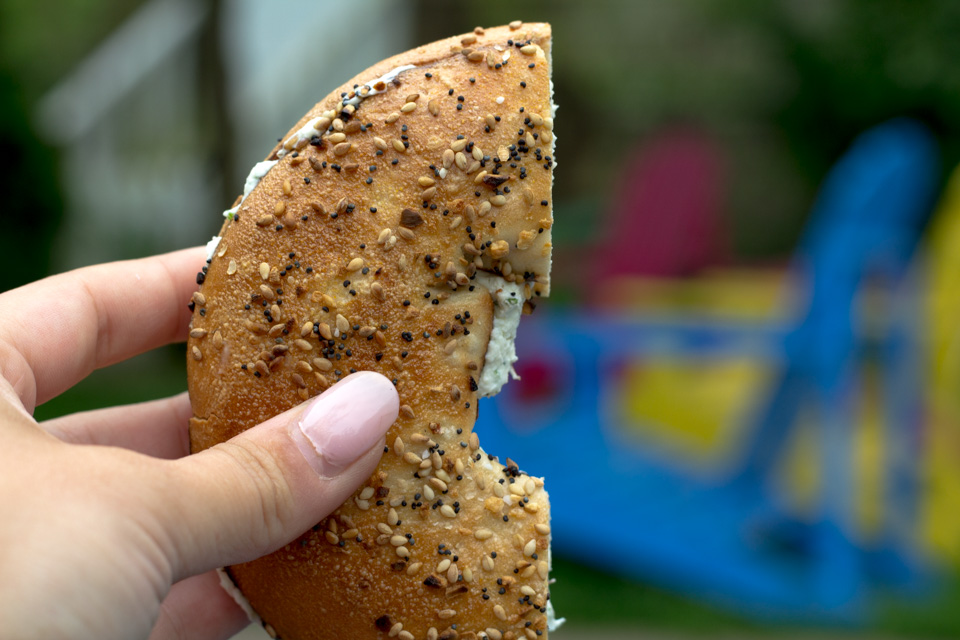 Esposito has a soft spot for Hamptons Bagels, and not just because the North Main Street grab-and-go staple was their first advertiser. “I try to stop by and say hi to Bob whenever I can. He’s a friendly face, even when the place is packed. And there’s nothing like an egg sandwich on a good bagel,” Esposito said. Go. 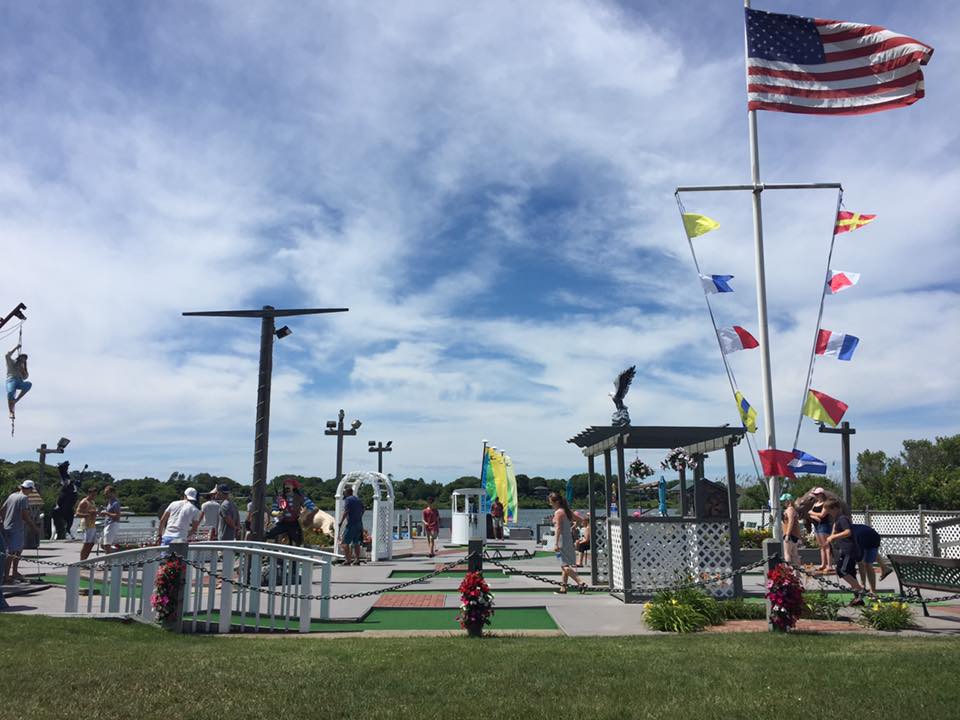 Score a hole-in-one on the 18th hole and get a free game. Those who weren’t so skilled—er, lucky, can move on to paddle boarding, kayaking or sailing on the historic Fort Pond, which was once used as a blockade by the British in the Revolutionary War. The Free Ride will host its annual golf tournament to benefit the East Hampton Greater Education Foundation there Sept. 10th. Go. 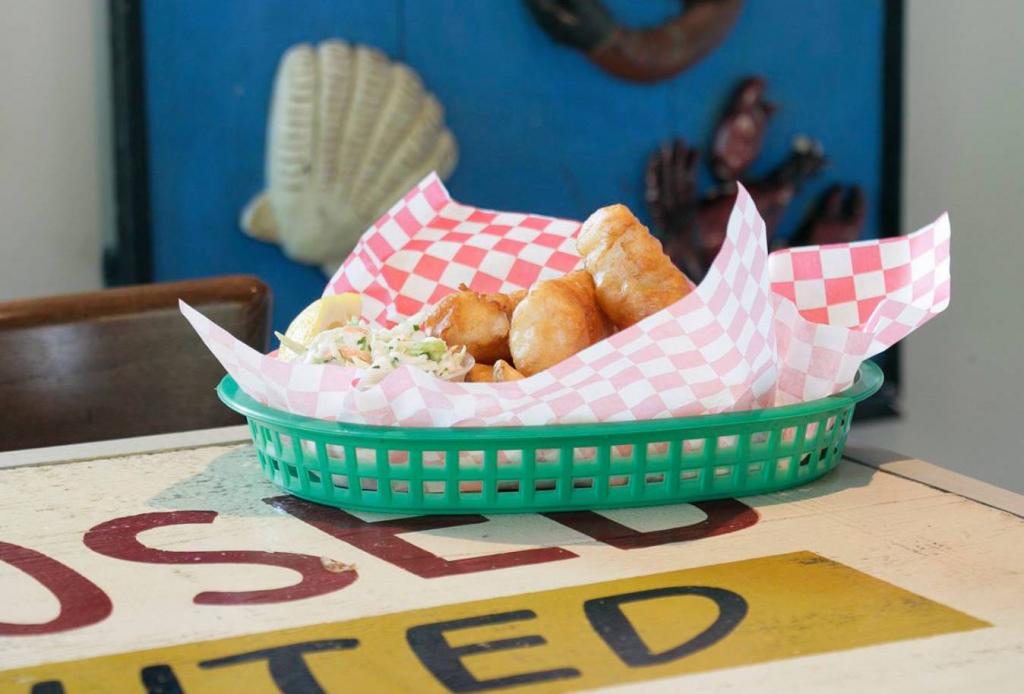 Bostwick’s Chowder House is a flip-flop-and-t-shirt kind of joint with an outdoor patio and fresh, no-frills fare. Think fried flounder with tartar sauce, served with fries and coleslaw. Other foodie bucket-list items include fish & chips made with Block Island cod and lobster rolls. Indulge on the deck or take it to go and head to the beach. Go. 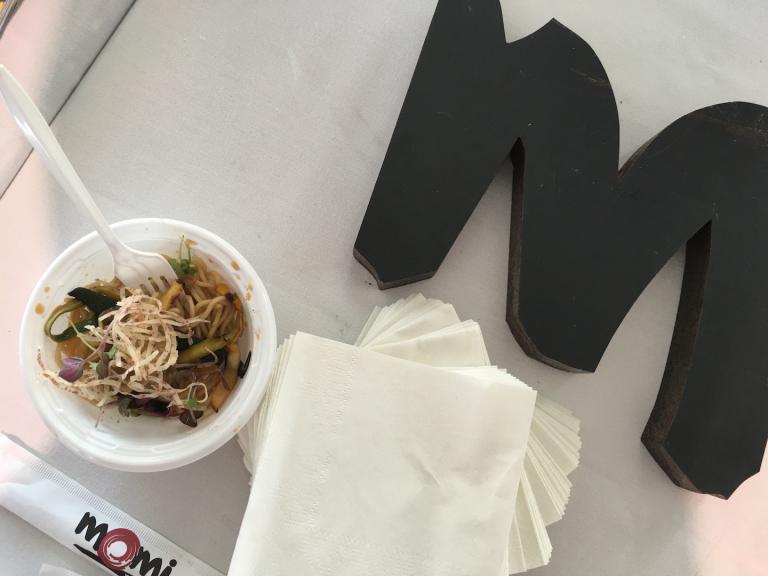 There’s nothing like an original and Momi Ramen became the Hamptons’ first ramen eatery when it opened last year. Throw it back to those dorm room days by ordering the Just Ramen, made of only ramen noodles in a tonkatsu broth. For something new, try the Lobster Miso Ramen, which was recently added to the menu. A one-pound lobster, poached and topped with white miso lobster foam, mentaiko and crispy taro, is a welcome sight and taste for those in an indulgent mood. Go. 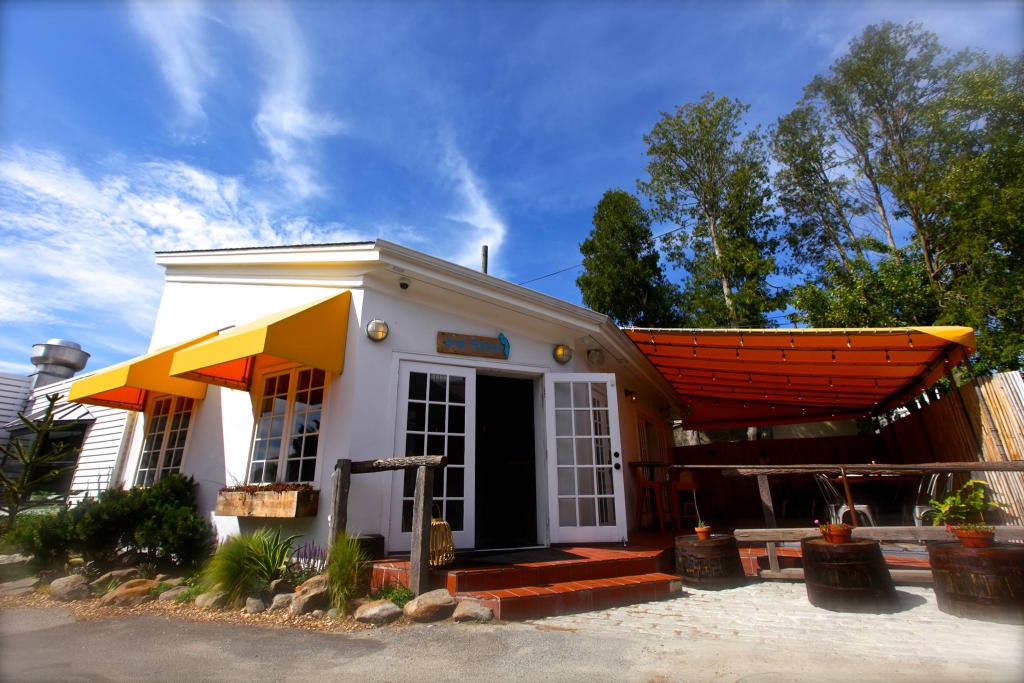 Stars like Jon Bon Jovi and Jimmy Buffet are drawn to The Blue Parrot, a low-key Mexican restaurant with outdoor seating and nautical decor. Margarita enthusiasts may only need one of the bar’s signature Dirty Bird Margaritas, but they’ll definitely want another. On a too-balmy or rainy evening, catch a flick at the movie theater across the street before taking The Free Ride home. Go.

Khanh Sports owner and permanent East Hampton resident Khanh Ngo never stops moving, which might explain why everyone on the South Fork seems to know his name. His passion for biking and the outdoors is contagious. Don’t be surprised if you go in there for a pair of shades and leave with a new toy. Don’t worry, the The Free Ride driver won’t judge.  Go. 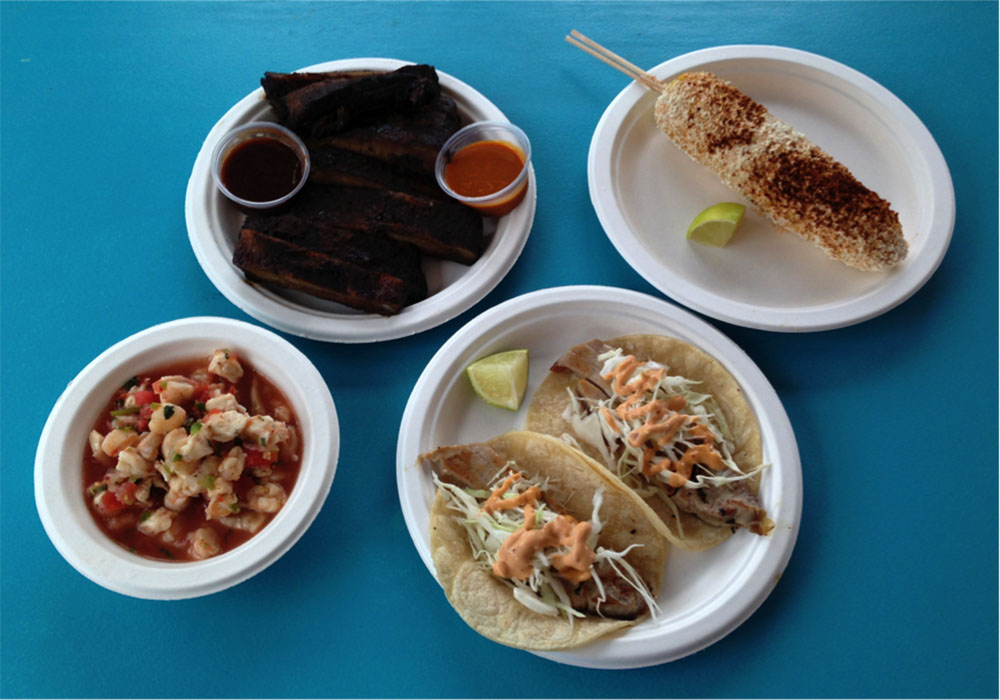 On a picturesque summer day, head to The Hideaway for Tex-Mex fare, a Papaya Spice Margarita made with house-infused cinnamon tequila and a view of Diamond Cove Marina. Go.

“You can’t take the train back to the City without grabbing a sandwich from Villa first. It’s a staple that just does everything right,” said Esposito. People have been saying the same thing about this authentic Italian deli right by the East Hampton train station since it opened two decades ago. Consider it advice worth heeding. Go. 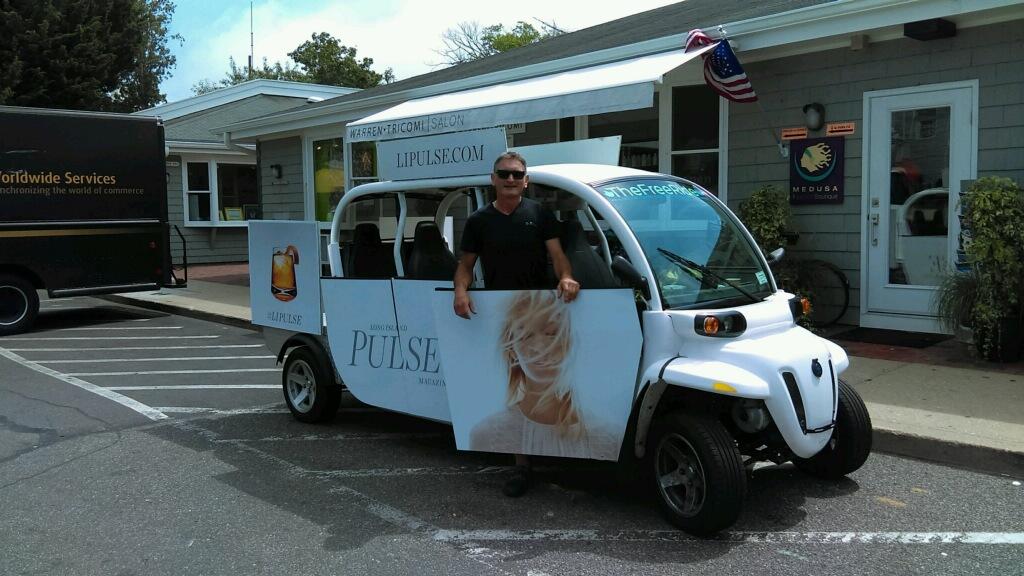 Forget driving in circles looking for parking, or driving at all. Let The Free Ride chauffeur you around the Hamptons and on your New Jersey, California and Florida vacations. If you see the Pulse-sponsored car out and about be sure to wave hello and grab a copy of Long Island’s favorite magazine.