The holidays will come early for seafood lovers. Westhampton has been so good to Buoy One Restaurant for the last six years, owners Rob Pollifrone and Lorraine Girard have decided to stay a while longer. The brother-sister duo announced this week that they have purchased the building where they serve no-frills seafood fare to a cult following and will debut a new look menu and space in December.

Pollifrone and Girard, who have owned Buoy One’s flagship restaurant in Riverhead for 13 years, opened a second location in Westhampton on a three-year lease in 2010 with an option to buy. When the lease ended they couldn’t come to terms with the building owner on a price and have rented month-to-month ever since, which has been difficult.

“When on a month-to-month lease it’s really hard to invest in your business,” Pollifrone said. “You don’t even want to change a light bulb when you’re not sure how long you’re staying.”

When construction begins in the fall, one of Buoy One’s first projects will be to covert lights to LEDs. They will also revamp the menu to resemble the one that brings thousands of fresh fish fans through the doors each summer, and add a seafood market. 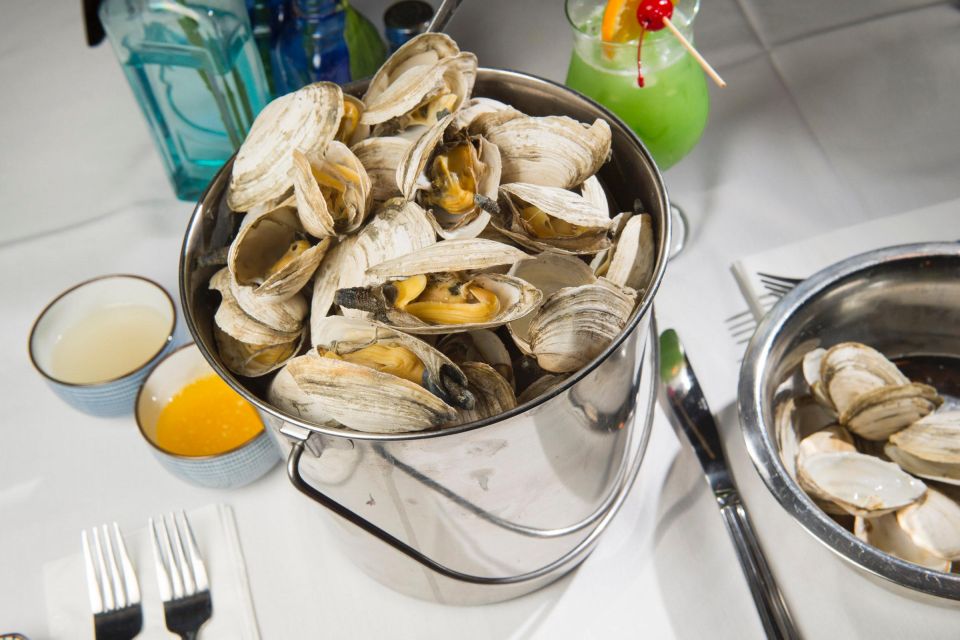 “There will be no doubt you’re in a fresh seafood market and restaurant, where clambakes, fish and chips and raw bar orders fly out of the kitchen,” Pollifrone said.

Stop in this summer for a taste of what’s to come. Pollifrone and Girard are testing the waters on potential menu items, such as Thai glaze and shrimp quesadilla, and decor ideas.

“We are visualizing a very bright, clean nautical theme with lots of white, grays and blues, beach woods and boats, but suggestions are welcome,” Pollifrone said.

Give your two cents before the renovations begin. Come December, Buoy One will reopen seven days a week for lunch and dinner.