In this month’s gossip goulash: A made-fresh spin on fast food in Rocky Point, Water Mill’s new seasonal restaurant and liquid nitrogen being used to make ice cream in Patchogue.

BBD’s – Beers Burgers Desserts will add a new menu item sometime in August, inspired by a fast-food chain’s infamous boneless pork sandwich molded to resemble a rack of ribs. Ralph Perrazzo, owner and chef of BBD’s in Rocky Point, which is best known for its burgers (they can be prepared three ways: coal-fire grilled, griddled and steamed), preferred not to mention the world’s largest restaurant chain nor its popular barbecue-smothered sammie by name. “I’ll just say it’s a ‘golden’ offering that’s only available for a limited time each year, and not everywhere. It’s sweet, savory and salty, all in one bite. And it was almost calling me out to put a spin on it with fresh, natural ingredients made from scratch. There’s something to be said about doing that with guilty pleasures.” Perrazzo explained how his still-unnamed interpretation is made: “We use fresh pork and emulsify it with spices, maple syrup and pig-cheek fat. Cheek fat is the best for sausage in my book and in the old days, as a young cook at Jean-Georges, I would cut out all the cheeks in the pigs we got and stored them away to make sausage at home…I smoke fresh chilies and cook them in a pork stock from pig’s feet and shoulders. After that molasses, apple vinegar and some secret ingredients are added. That’s the sauce I cook the emulsified meat in, which we form with a custom mold I designed. We slowly cook down the stock with the emulsified pork patty until it’s sticky. Last, we cure cabbage and ferment it for a few days then fold in a house-made Russian dressing as the topping. This really ties the whole thing together with the toasted bread; smoky, sweet, salty and more importantly sour.” BBD’s has been testing the new creation over the last month with great success, Perrazzo said. “We’ve been playing around with different meat-to-fat ratios and sauce balancing because of the reduction needed after cooking. But we’re close to done, and we’re stoked as hell. We had it as a special last Saturday and it sold out in 40 minutes. The customers are loving it.” 49 Route 25A, 631-849-1620

Bistro Été recently opened in Water Mill. Arie Pavlou opened the spot with his wife, Liz Cordano, and brings a wealth of experience to the East End. He previously served as the Bridgehampton Inn & Restaurant’s executive chef and general manager, chef at Aquebogue’s Comtesse Therese Bistro (now the Petulant Wino) and co-owner and chef of Southold’s Coeur des Vignes (now North Fork Table and Inn). Pavlou is helming a menu he described as “French Mediterranean…A beautiful blend of my Cypriot heritage and my formal culinary education at Le Cordon Bleu in Paris…We offer French favorites like escargot, foie gras and French onion soup as well as dishes inspired by my childhood like grilled octopus and halloumi.” The chef also planted a garden just outside the space, which was previously home to a restaurant called Robert’s for over two decades. “I transplanted my own mature herbs from home and I’ve been buying additional herbs and vegetables from our new neighbor Green Thumb as well as farms on the North Fork. It comes in handy when we make things like our mint chocolate chip ice cream from scratch.” Été, which means “summer” in French, will be appropriately open through Labor Day. ” We’re calling it a ‘summer fling’ instead of a pop-up,” Cordano said. “But who knows what the future holds after our summer lease is up. We’re falling in love with this beautiful yellow farmhouse and the clientele.” 755 Montauk Highway, 631-500-9085 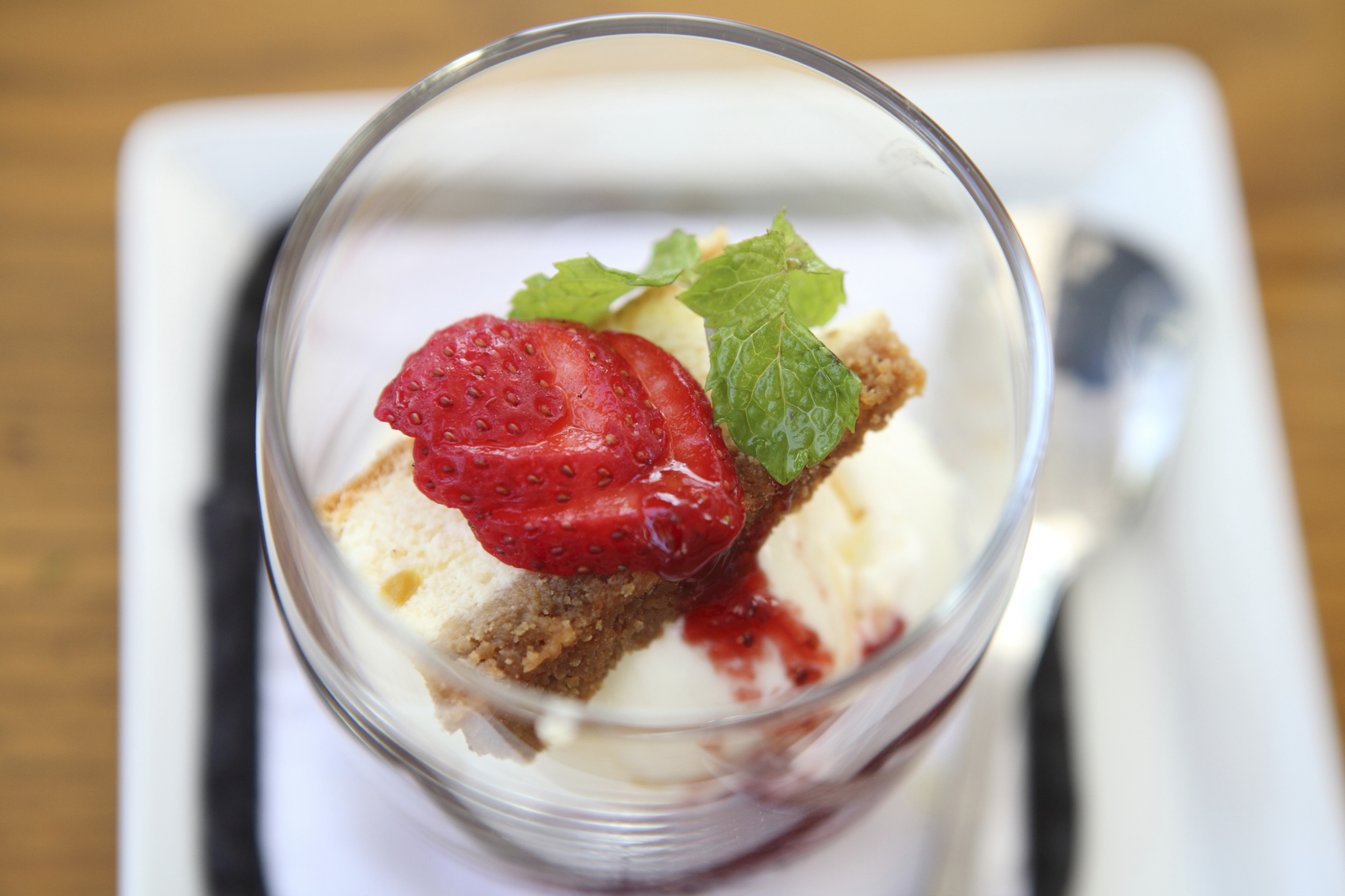 Sub Zero Ice Cream & Yogurt, a Provo, Utah-based franchise, opened a location in Patchogue last month, its first in New York. The company, which was featured on ABC’s “Shark Tank” in 2013, serves made-to-order ice cream frozen in minutes using liquid nitrogen. (“Don’t worry; liquid nitrogen is inert and harmless. The air you are breathing is 78% nitrogen,” its website states.) According to Charlie Zollo, an electrical engineer who owns the new shop with his family, Sub Zero’s patented process creates ice cream that’s “denser, smoother and creamier than if you made it any other way.” He was attracted to “the science behind it. But also the fact that we can cater to a wide range of flavor preferences and dietary needs.” In addition to a standard menu of ingredient combinations called Sensations, guests can customize their order before it’s rapidly frozen. There are five liquid-cream bases: original custard, low-fat, lactose-free, vegan and sugar-free. After the base is selected, around 40 flavors (e.g., blackberry, cheesecake, dulce de leche) and 20 mix-ins (e.g., Twix, almonds, brownies) can be combined in an “endless number of ways,” Zollo said. “A cool one is cake batter, almond and raspberry; it tastes like a rainbow cookie.” Sub Zero also offers customized shakes, smoothies and pies. 73 North Ocean Avenue, 631-307-9747