The John Jermain Memorial Library in Sag Harbor is buzzing with activity. Local residents come to check out books, high school students to study for college entrance exams and of course some people check Facebook on one of the library’s new computers. There is open space for public events and art exhibits.

It’s the culmination of a five-year renovation and expansion project and a modern-day, upgraded version of the building that first opened at 201 Main Street on Oct. 10, 1910. The library, a gift from philanthropist Mrs. Russell Sage and named after her grandfather, served as a hub for a diverse community. The first librarian Olive Pratt Young, offered English classes for immigrant workers, made sure there were reading materials in languages ranging from Yiddish to Italian and hosted music evenings underneath the dome designed by the famed R. Guastavino Company. That culture continued until about 10 years ago. 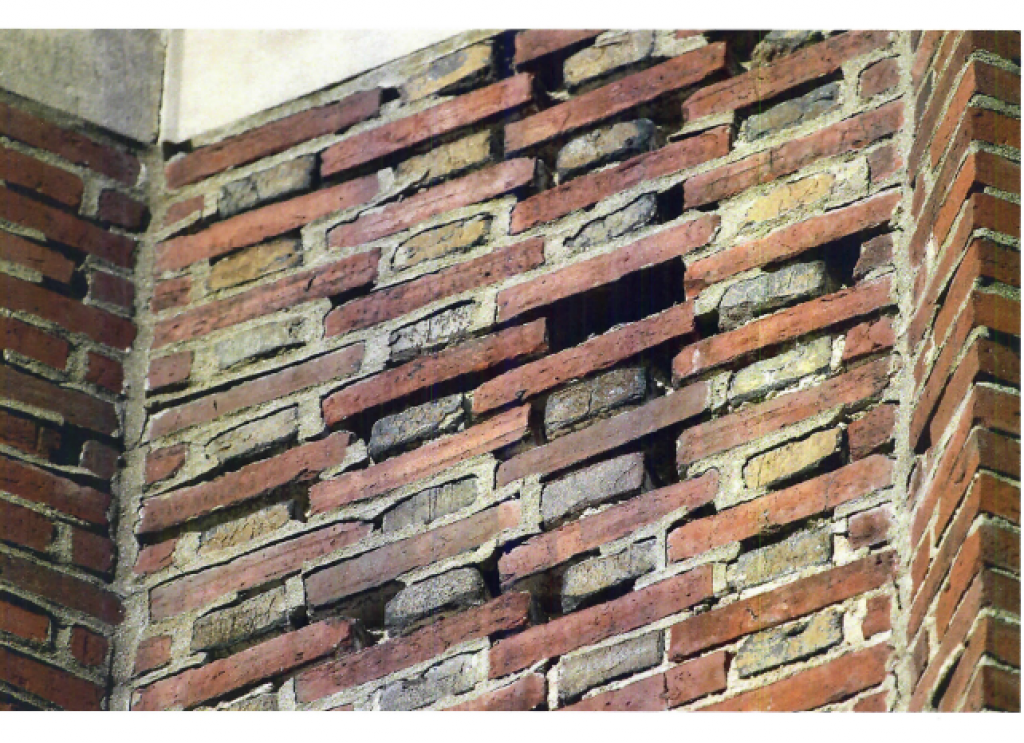 A decade ago, bricks were falling out of the John Jermain Memorial Library’s structure

“It wasn’t functioning the way we expect a 21st century library to function,” said Library Director Catherine Creedon. The technology was outdated, the bricks were destabilized by degraded mortar and water was seeping throughout the building.

Something needed to be done. Initially, the library’s board, a group of people elected by the village, discussed the possibility of building a new library. But the public, keenly aware of their village’s history, wanted the library to stay at 201 Main Street. Following the passage of a referendum and an extensive planning and permitting period, the restoration and expansion of the library began. The project cost $16 million, of which slightly more than $6 million was raised by grants and more than 3,000 individual donations. 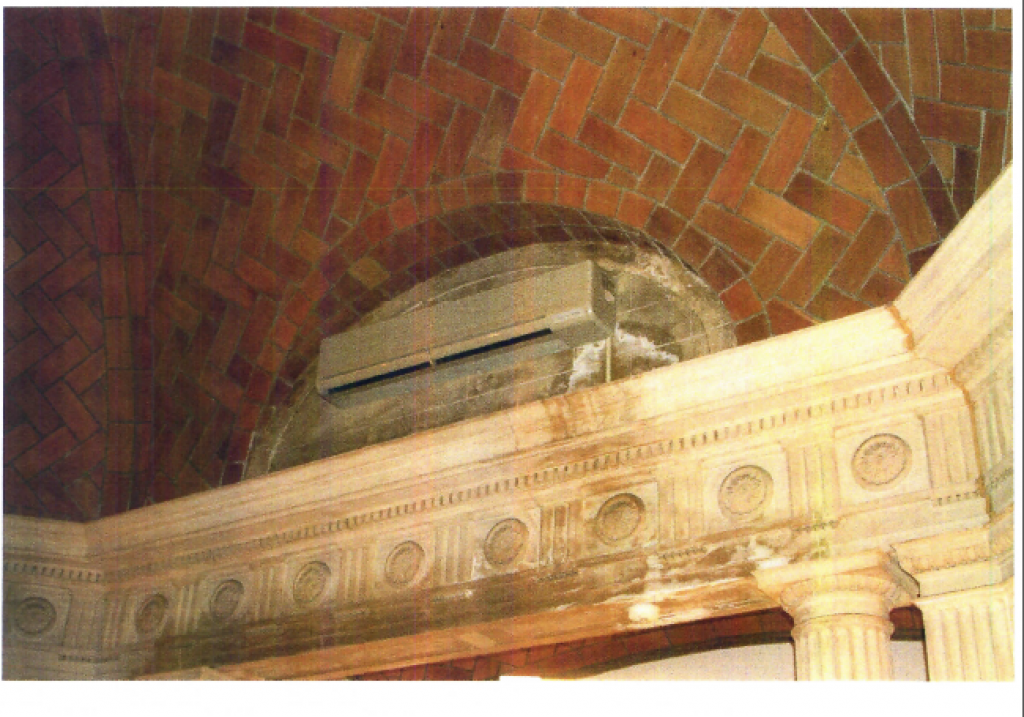 A photo of the library before renovations began five years ago

The project required more than money; it needed a balance of history and modernity. Though the library itself is not a landmark, the building is within the Sag Harbor Historic District. To ensure the restoration was consistent with the original building and continued to be a fit within the community, Creedon and the architects worked with the State Historic Preservation Officer (SHIPO), Society for Preservation of Long Island Antiquities (SPLIA) and independent preservationists hired by the architects.

“That was our primary concern, to work within village restrictions, to understand that although we’re a library, we sit in the middle of a historic residential district and to try to be sensitive to that,” Creedon explained. “The other level was just to bring the library to life; to understand we needed to marry the restoration with the expansion.”

Though bricks, mortar and an expanded space are important, Creedon has always understood the community would be the ones to truly make John Jermain Memorial Library come alive again. During the five years of restoration and construction, the library moved to 34 W. Water Street. It provided Creedon and her team the opportunity to think about what the local community was looking for in a library. 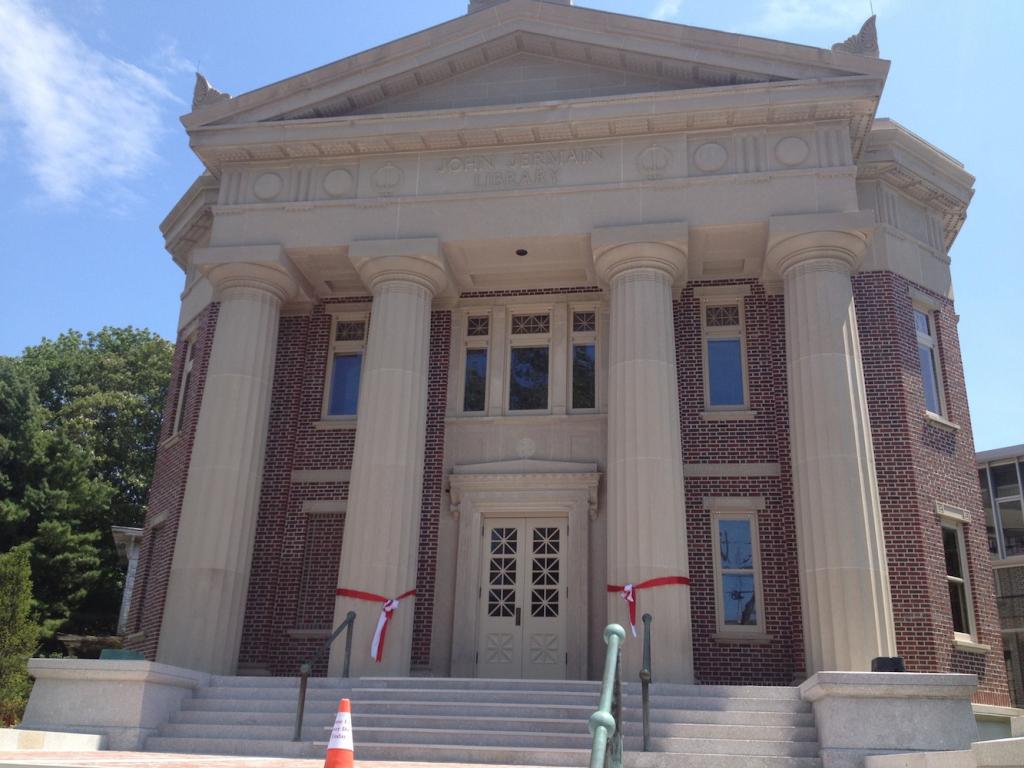 “We learned a lot while we were there. What works, what doesn’t,” she said.

The goal became to take what was successfully working in that space back to 201 Main Street. In particular, when the library opened July 23, there was no longer a grand entrance on Main Street “for a lot of people that very grandeur is a little off-putting,” Creedon said. “We’ve intentionally put our main circulation and traffic areas down at the lower level, just inside the garden where it is a more forward facing, more open-to-the-community kind of vibe.”

The community feel is further enhanced with added programming for all ages, such as ping-pong games for teens and writing programs for teens and adults. Additional wall space will give local artists opportunities to display their work. There is a new meeting room with full sound, video, screening and digital display capabilities for the public to gather and learn.

Even though it’s busy, the library remains a work in progress. The original chandeliers, which were featured in photographs of the library but no longer in the structure, were located across the street in the Sag Harbor Whaling & Historical Museum’s basement. They have been modernized and will soon be returned to their home.

But now that the library is back to operating at 201 Main Street, Creedon is looking forward to returning to being a librarian and to place a focus on “what we’ve been doing and also to kind of let ourselves flower.”