Primi in West Islip brings new meaning to the word steakhouse. This cozy yet up-scale eatery puts an Italian twist on just about everything, from cocktails to porterhouses to an approachable owner who might as well live there. Frank Bono opened the restaurant in January and believes that having an active presence is essential for running a successful business.

“I am here every night and know exactly how many filet mignon’s are in the kitchen and could tell you whose working and when they’re coming in.”

His hands-on approach began at a young age, when he saw how much work went into preparing each dish at his grandmother’s bistro Tre Amici in Babylon. The learning didn’t stop there. His grandma also spent a considerable amount of time in the kitchen at home cooking for him. There were nightly four-or-five course, two-and-half hour dinners that started at 6:30pm on the dot. Bono picked out the menu and his grandmother grabbed everything at the store and came back to start prepping (sometimes at noon).

“We got to enjoy it all as a family. Sitting around the table for as long as we wanted: joking, laughing, telling stories. It was all very comforting.” 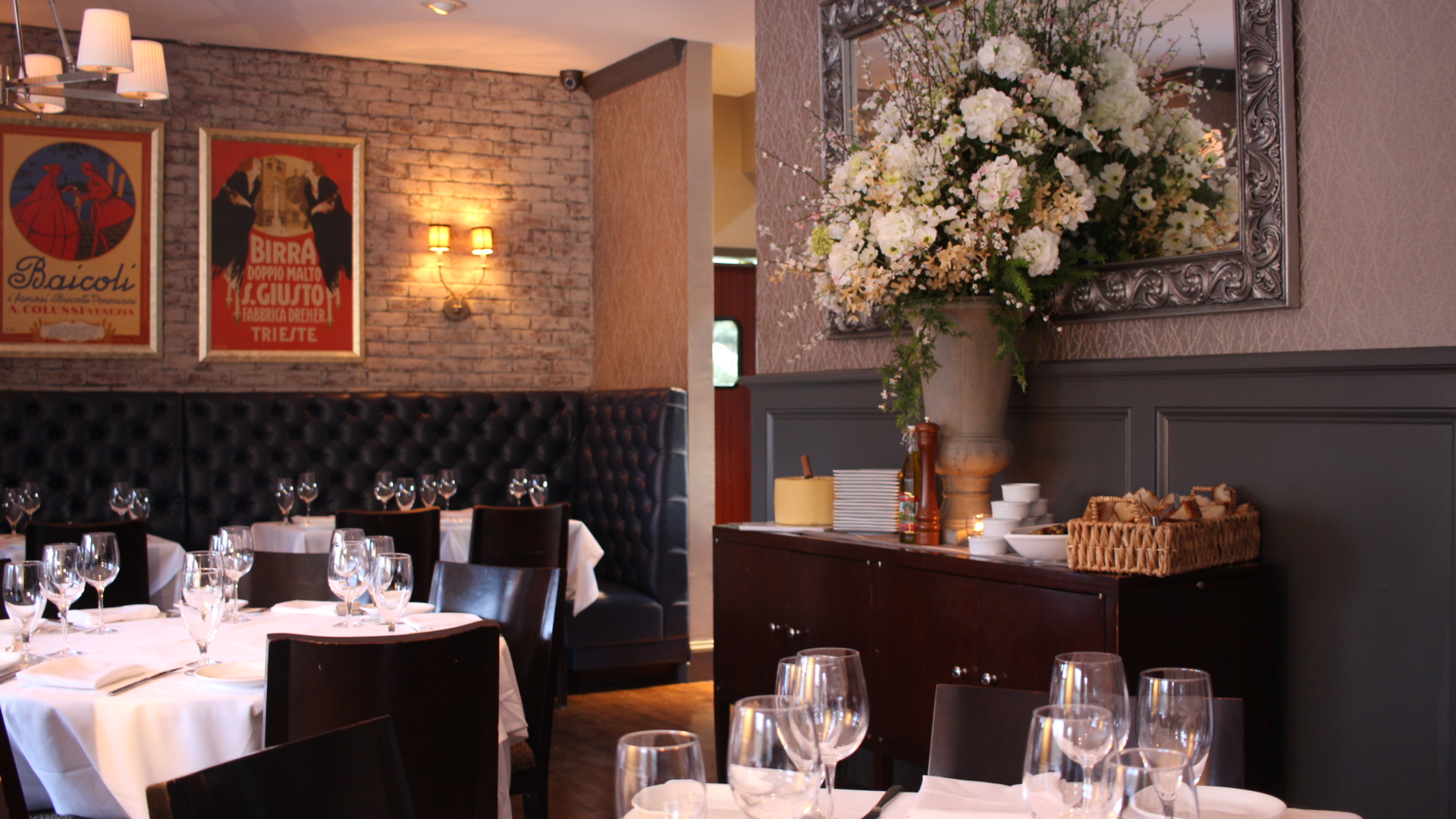 Tre Amici closed in 1995, but people haven’t forgotten about it—or Bono and his family. He has seen many familiar faces at Primi.

“Her regular guests come in here now. It’s a small world. They would ask me how I got into the business and Tre Amici would come up. One couple was surprised saying ‘Oh my goodness I had my 25th wedding anniversary there.’ And they just had their 50th anniversary here last week.”

It’s that tight-knit vibe that inspired Bono to open Primi in the first place. His love for the area and ambition can be seen in the carefully curated menu.

Each meat entrée prepared by chef Louis Barresi can be drizzled in a homemade salmoriglio—herb infused with olive oil and raw garlic. It’s pungent, rich and enhances the dish with a familiar Italian cornerstone. Bono especially loves how it pairs with the Bone-in Rib-Eye, a 26oz dry aged prime. 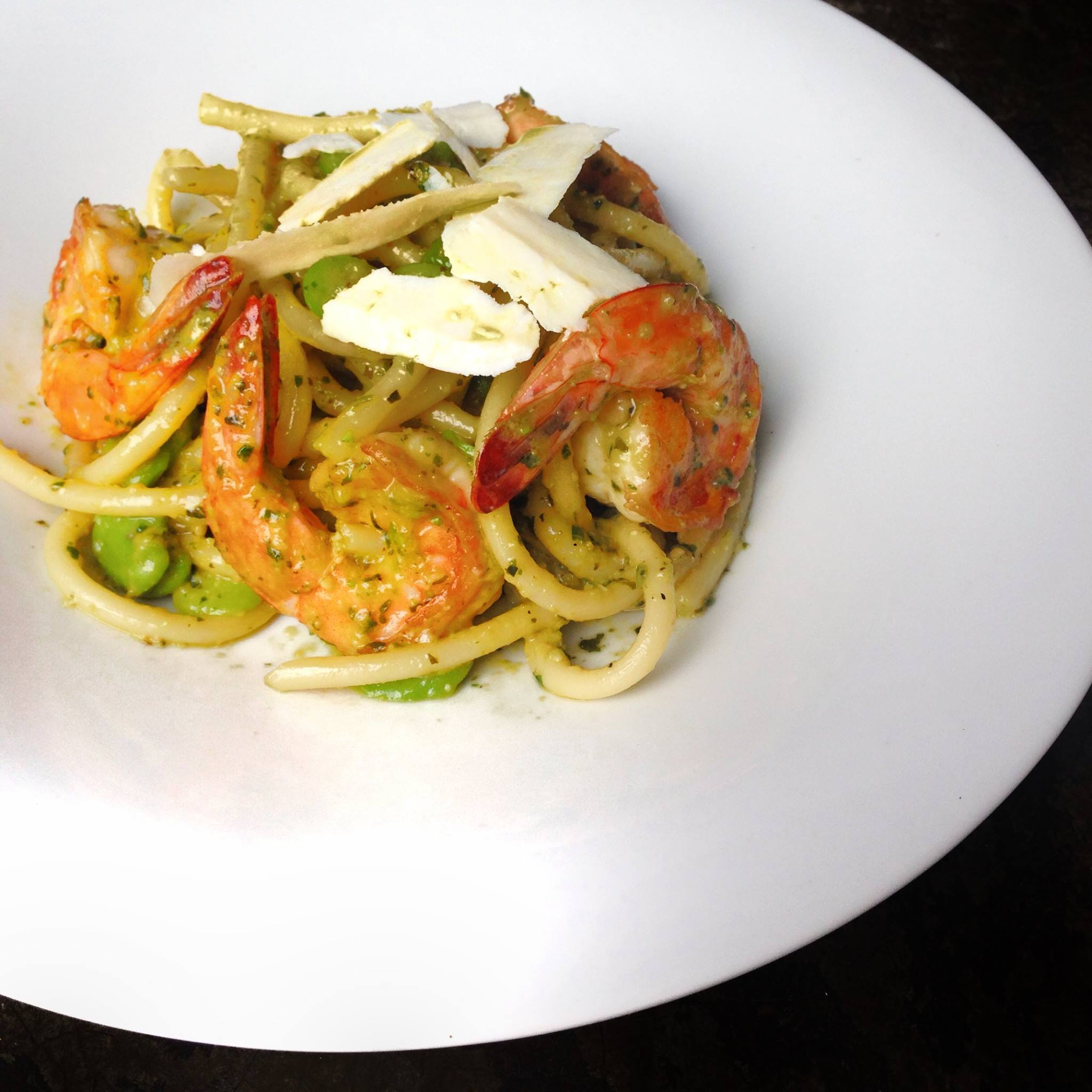 Other well-regarded entrées include the Gnocchi served in a ramp pesto sauce, prosciutto and pecorino Romano cheese. A rush of basil, pepper and salt produce a mouthwatering aroma that fills the restaurant each time it passes through the door. It smells so delicious, it’s almost unfair to the guests who just walked in hungry. The Chicken Scarpariello consists of organic free-range chicken, sausage, potato and cherry pepper, which add just the right amount of spice.

“Integrating [a steakhouse and Italian restaurant] allows the restaurant to appeal to a wider array of customers and can satisfy everyone’s palate.”

The versatile dishes can by complemented by the Italian lemonade, a refreshing blend of Prossecco, limoncello and fresh pomegranate juice, or the Super Tuscan, Villa Antinori by the glass served at the 18-seat bar. 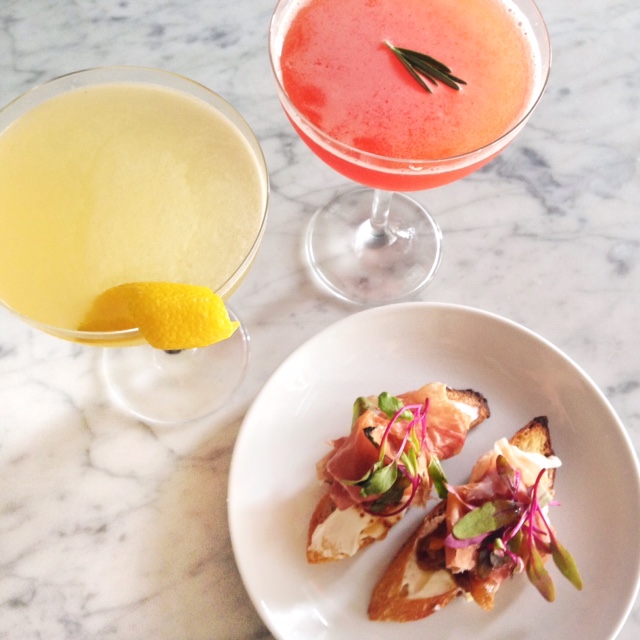 Anyone who has ever eaten in an Italian home knows a meal doesn’t start with an entrée. At Primi, every dark leather tufted table is dressed with a pile of toasted bread, a bowl of olives and a Spanish version of parmigiano cheese called Regonita that are built for sharing. Consider it a gift from the Bono family to yours.

“The two-and-a-half hour dinners my grandmother would prepare—that’s what I want all of our guests at Primi to enjoy. Great food, great company and an un-rushed dining experience.”