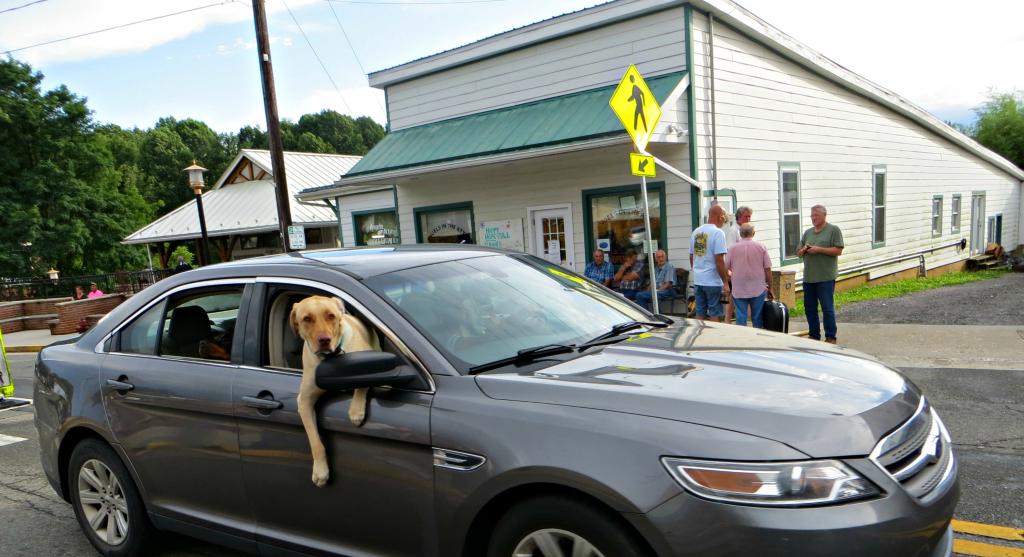 Floyd is a little Appalachian town with a big traditional music scene. Locals have melded with three generations of hippies who have added artsy-ness, groovy fashion, vegan pizza and dreadlocks. It recalls a Vermont hippie town, but with a strong southern accent—and grits. The cultural downshifting begins with a dive into classic Southern retail Renaissance at the Floyd Country Store, where you can swoon over $2.75 cans of creamed possum (with sweet potatoes garnished in coon-fat gravy), vintage bluegrass CDs and old-fashioned barrel candy. Also, there’s the made-for-music Dogtown Roadhouse. 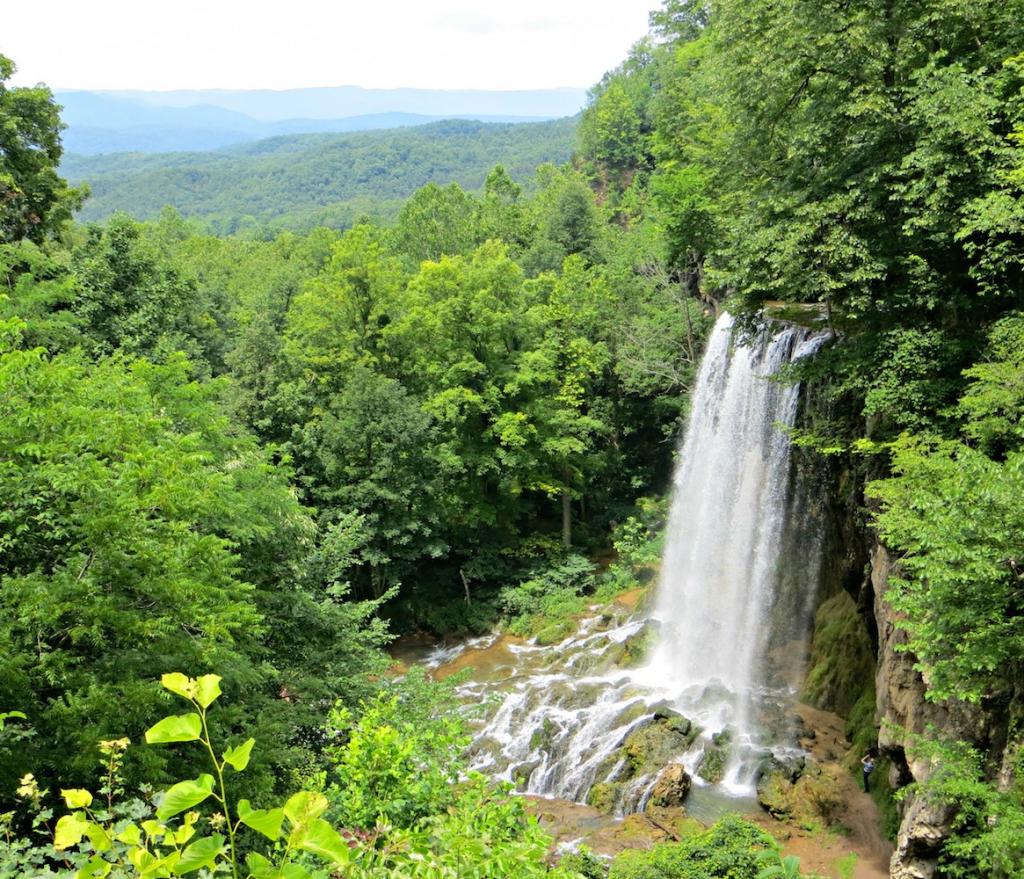 Roads are the key component in any road trip and Virginia’s windy and undulating byways weave through incredible mountainscapes, visiting throwback villages. The route 220 cruise into Hot Springs is a lesson in unfolding geographic bliss. The Oz on this path is the palatial Omni Homestead Resort (483 guest rooms and suites), which could be nicknamed the University of Vacation. It has been a destination for 22 US presidents dating back to the 18th century. Two major hot springs flow into the 2000-acre property where guests take in the mineral waters just as Thomas Jefferson did in 1818. The quarter-mile-wide red-brick hotel wraps around like a colossal horseshoe and is capped by a 10-story castle-like building that’s then crowned by a cupola. 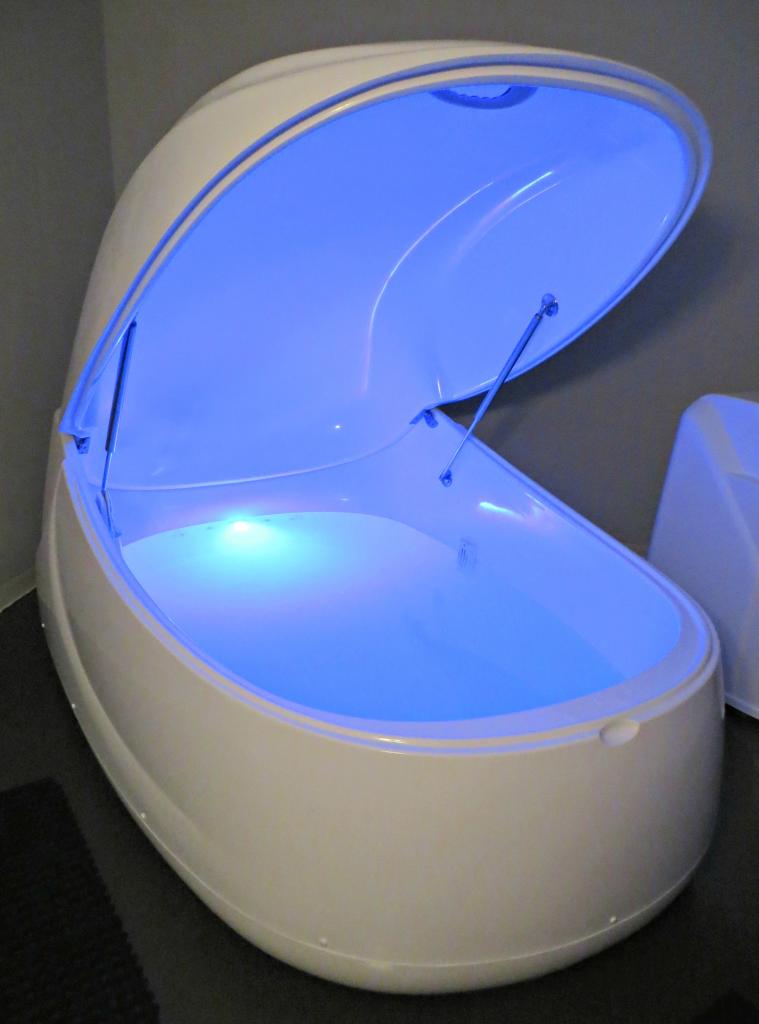 Take a womby break from, well, everything. image: bruce northam

Richmond makes tradition look easy. But Virginia’s big city continues to give way to change with the boutique Quirk Hotel leading the charge. A new star on the evolving artsy sector of Broad St., the lobby/restaurant pays homage to its department store roots with a display of 48 white Ledbury collars behind the reception desk. The real escape in Richmond is at The Float Zone. Formerly called sensory-deprivation tanks, the flotation pods are anxiety-erasing time warps that serve as a womby distraction from, well, everything. Made in Norfolk, the self-closing therapy pods (resembling giant Japanese toilets) provide gallons of mineral salt and magnesium sulfate-infused water at skin temperature that gives users more buoyancy than the Dead Sea. It’s like lowering oneself into a meditation submarine for an hour of forced mindfulness that reportedly doubles as four hours of sleep.

The creekside Tides Inn is rustic, homey and perfectly broken-in. Like a throwback country club, it purrs along at a Caribbean pace. As someone who is barefoot whenever possible, I delighted in the carpeted rooms—having been in countless five-star properties with marble floors that mean slips and broken bones for fast-corner-turners. “Overlook dining” means outside on a shoreline bluff beneath a cedar tree illuminated by lights. Guests are seated on the fray of the familial din and live music duo so they can also hear Mother Nature relishing the sunset. Those lucky enough be serenaded by a visiting restaurant manager can consider themselves Christened, Chesapeake style. Venture off the Tides Inn dock for a pleasant dose of Oyster Trail lore from Captain Saunders, one of the last remaining oystermen on Virginia’s “Western Shore,” aboard his classic 38’ Chesapeake Deadrise. This part Native-American waterman is a lingering holdout of a fading way of life. 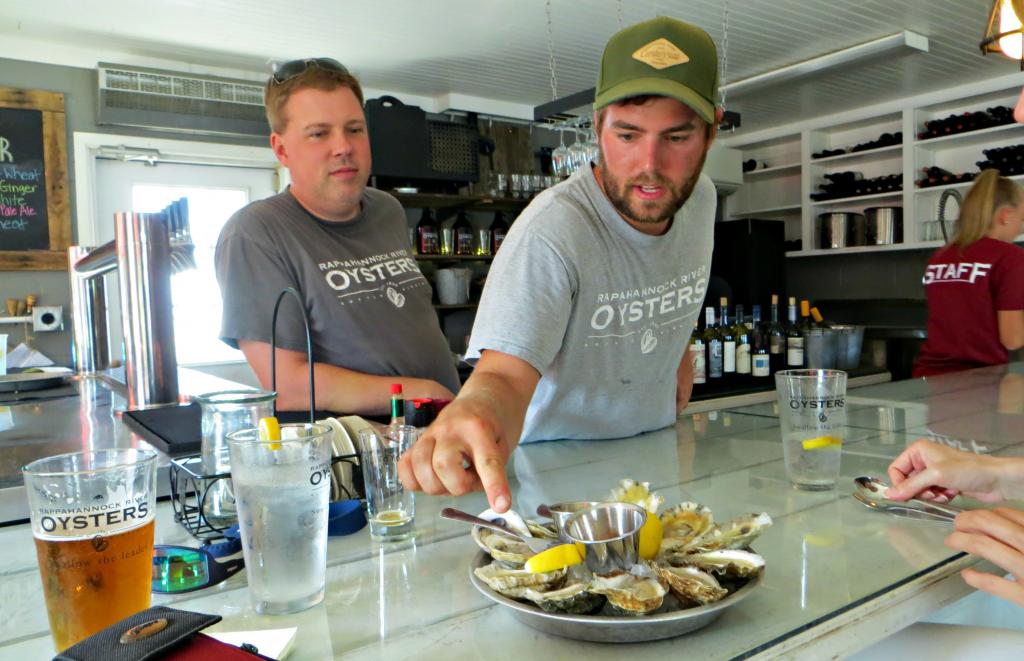 Yes, there are oysters in Virginia. image: bruce northam

There wasn’t a whole lot going on in Topping until Merroir at Rappahannock River Oyster Company opened five years ago. Formerly a bait shack with a grill, the mostly outdoor shellfish restaurant is now a landmark hotspot (still without a sign). Dig farm-to-fork? Dine at Merroir, which boasts a view of the farm. These oyster nerds, who would fit right in on the Island, resource three saline breeding grounds, from mild (two in nearby estuaries) to old salt (in the Atlantic). A PhD-point on the Oyster Trail.

The A.R.E. Health Center & Spa is an unexpected surprise in a resort town. It was founded by psychic Edgar Cayce (1877-1945) who is heralded as the grandfather of holistic medicine and was also allegedly a fan of cigarettes and crispy bacon. This healing university campus features cutting-edge practice and lectures on all things wellness and enlightenment. Later learning is greater learning. Down on the strip, the famous beachfront used to have a tacky vibe. They fixed that. These days, the hotels lining the beach don’t even have signage facing the ocean. I didn’t see one cotton candy machine and the Beach Street USA means Friday and Saturday concerts all along the boardwalk. Nearby, Back Bay National Wildlife Refuge is an easy escape from the busy beach scene.