Gerald and Sara Murphy made living a fine art. Their natural zest for life became synonymous with The Jazz Age of the 1920’s. Now people can experience that enlightening spirit for themselves as it plays out at the East Hampton Historical Society through October.

“The exhibit focuses on this period in time, but in reality the Jazz Era never stopped for the Murphys,” said Richard Barons, executive director of the East Hampton Historical Society. “They were artists full of changing rhythms and had amazing spontaneity during times of distress.”

The Murphy family’s idea of elegance extended beyond the strands of pearls and lavish parties often associated with the bygone era.

“The Murphys did not focus on reputation or wealth, it was more about a person’s talents and who they were as human beings.” 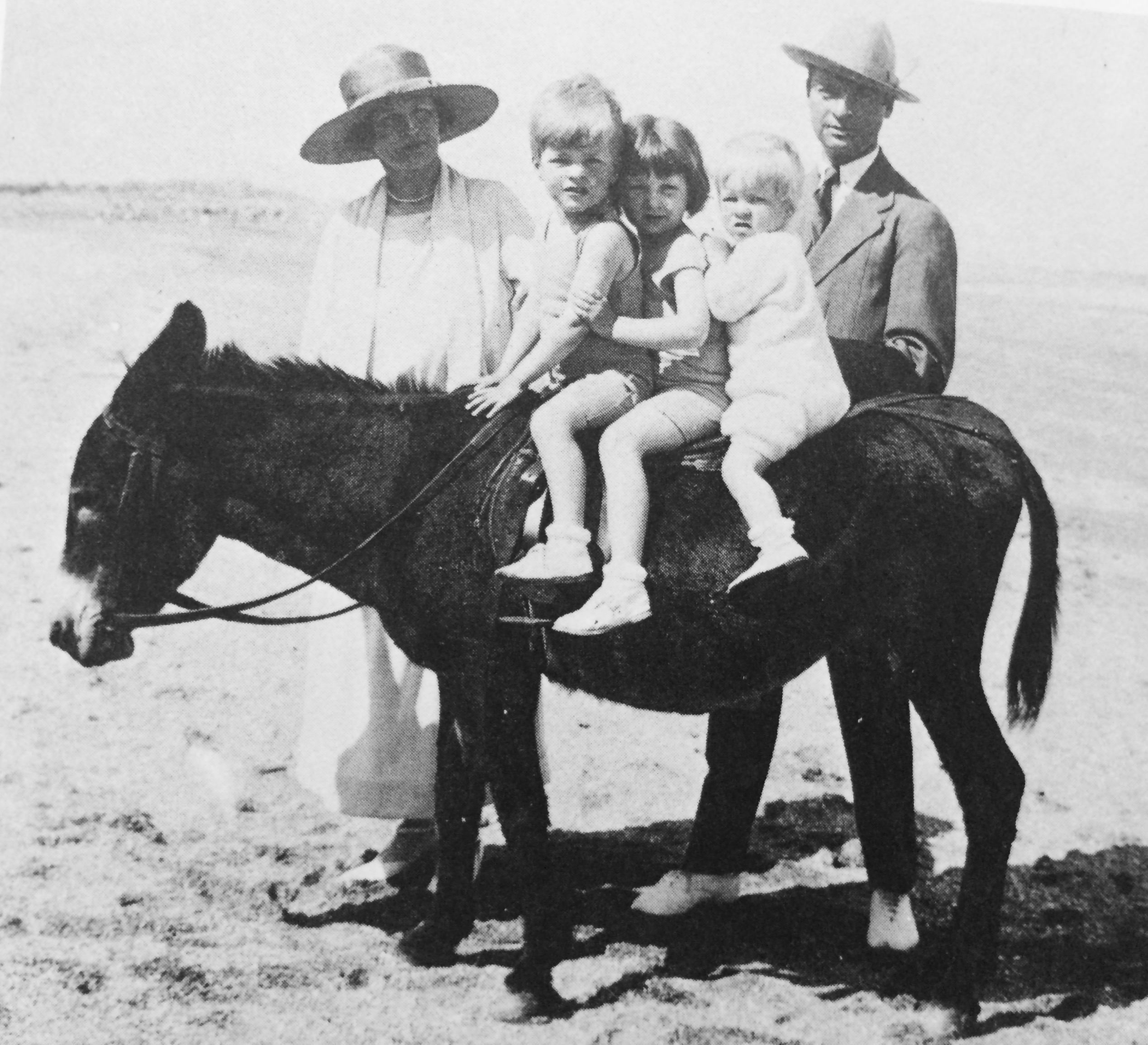 Sara & Gerald Murphy with their children on a donkey in Houlgate, France, June 1922. image: estate of honoria murphy donnelly

During the Second World War, the couple allowed French and Jewish artists escaping war-torn France to stay at their residence in the Hamptons. It was these elaborate acts of kindness that inspired writers like F. Scott Fitzgerald and Ernest Hemingway to use them as shaded characters in novels like “Tender is the Night” and “A Moveable Feast.”

But their lives were, in fact, glamorous, and they captured a generation’s imagination. The couple spent some time living on the French Riviera with their three children. They bought a house at Cap d’Antibes, remodeled it and named it Villa America. There, they became friends with people like Pablo Picasso, Igor Stravinsky and Gertrude Stein.

“The Murphys just sort of arrived like a golden magnet and these people came upon them. There was nothing social climbing about it. Gerald hired many of them for designs around the house.”

Gerald did his own work as a landscape artist and during that time he designed the sets for a ballet written by Cole Porter, while Sara sketched and assembled the costumes. The music from the ballet plays in the background of the exhibit.

There are pieces of eclectic furniture, beautiful ceramics and glassware that came from Villa America and their residence in East Hampton throughout the exhibition. Videos from the family’s adventures on a large sailboat Sara designed play on a loop, and candid photos of the duo relaxing are also on display. Some historians believe the Murphys introduced Europeans to American picnics and swimming in something other than long trousers.

The Wiborg (Sara’s maiden name) Beach, which now belongs to the village, is a legacy that preserves the way they lived.

“It is not crowded and [is] very intimate. It captures that sense of what summers looked like out here in the 30’s and 40’s—through serenity you don’t find at other beaches on the East End. To the Murphys it was all about enjoying life, the people they were with and their surroundings.”