“BBQ is picnic food,” said owner and chef Jonathan Levine who opened the eatery in April. “Fresh air from the open window, wooden seats, everyone is welcome. That’s what we are going for.”

Levine noticed a lack of BBQ restaurants on Long Island and decided to bring it to Port Jefferson, where he formerly worked as executive chef down the street at WAVE Seafood Kitchen.

“I wanted to get ahead of the curve and be apart of a culture that doesn’t exist on the Island. I thought I could make something old new again right at home.”

BBQ is the epitome of comfort food. It sticks to the ribs in all the right ways and conjures up memories of decades-ago backyard parties with dad manning the grill. 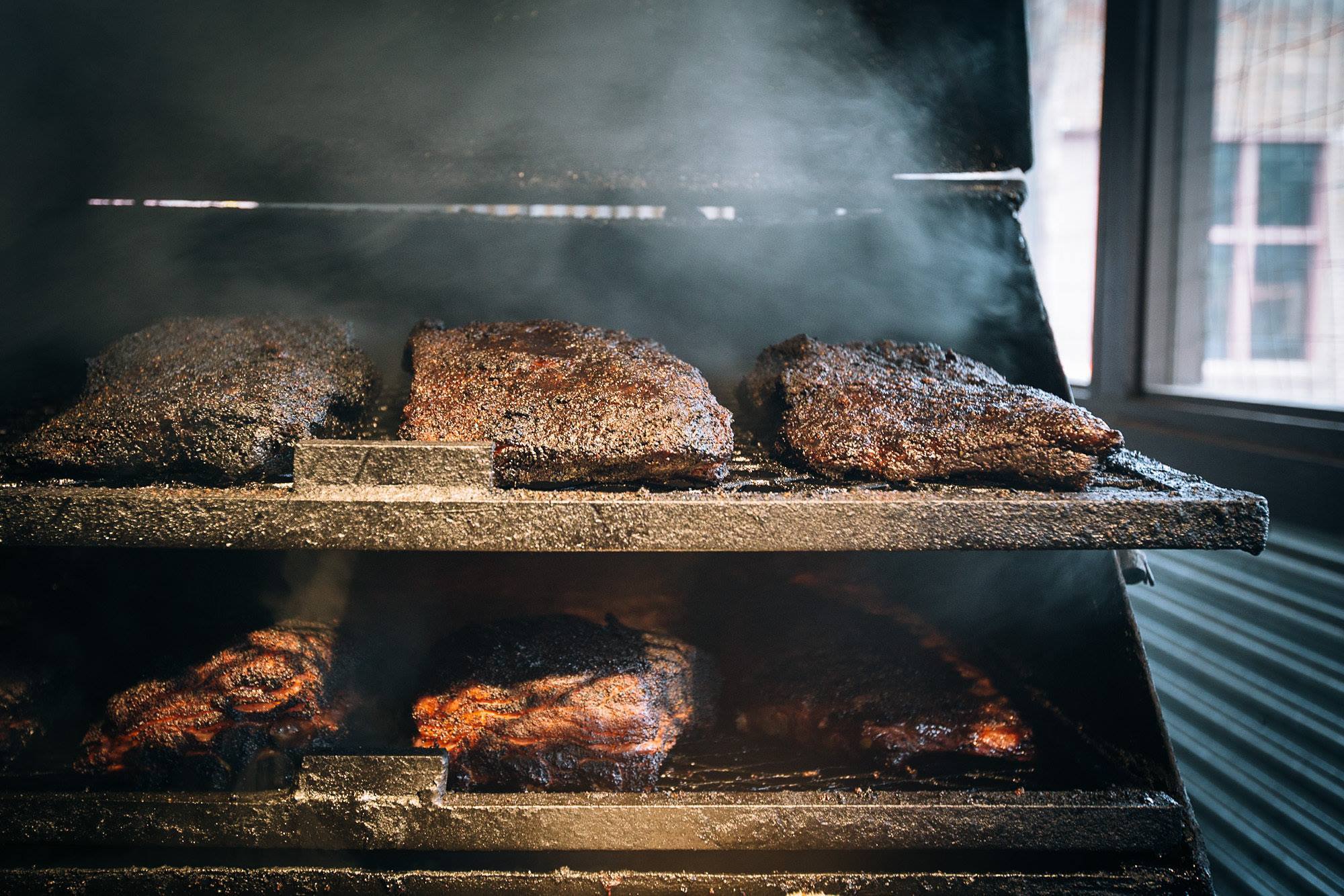 Levine recommends the pulled pork or brisket platters for the quintessential BBQ experience. They’re soft, juicy and made with limited acidity from the low cooking temperatures. Snag a seat at one of the wooden tables and pair the prime cut of meat with an order of baked beans or cornbread for a rich taste with just the right kick.

“There are five different flavors in the mouth: salty, sweet, sour, bitter and a fifth that the Asian culture refers to as umami–meaning taste. I would say BBQ food has a sixth flavor. It is a feeling. You can actually feel the smoky flavor as it enters the mouth.”

The meat at Smoke Shack Blues makes a strong case for adding BBQ food as a sixth flavor. It’s prepared fresh every morning and braised at a slow pace to keep moisture enclosed.

“Cooking with a strictly wood burning smoker gives the meat a crust that seals in all the juices because the smoke and low temperature dehydrate the protein in the meat. Every hour we base it with a little bit of liquid and the combination of smoke coming off of the burning wood and the 275 degree temperature causes the crust to form like a bark.”

The meat doesn’t come dressed. Three different sauces are on each table: Carolina, Sweet BBQ and Sriracha house-made Hot Sauceto. Guests can choose one or all three and add as much or as little as they’d like.

“There are no rules in BBQ. We aren’t trying to hide anything—we want our customers to see how perfect the meat is cooked. They can mix and match the extra flavors anyway they want.” 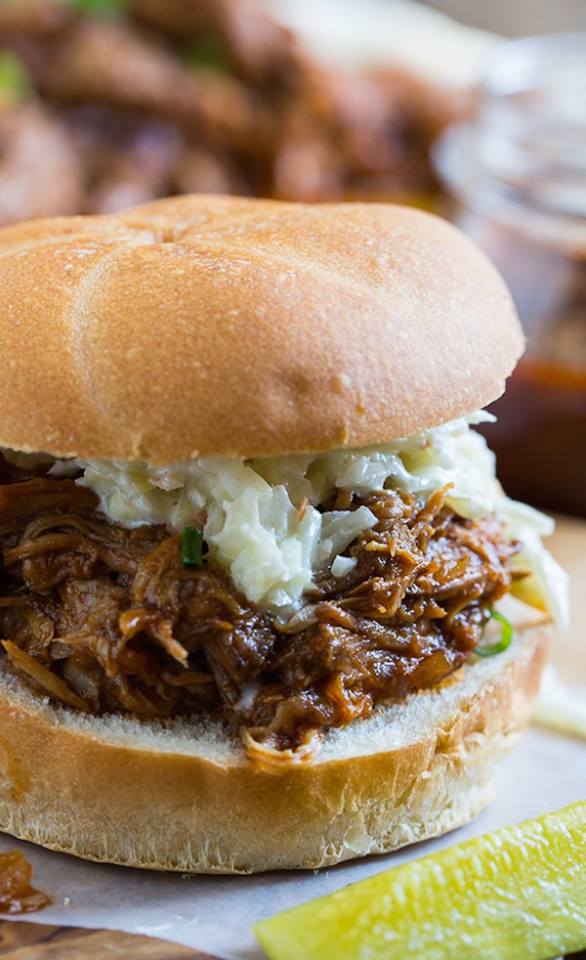 And what’s a BBQ without a brew or two? Smoke Shack Blues has about eight craft options by the bottle, and Levine recommends a light beer like the Shiner Bock, Amber Ales or Lagera.

“It gets you back to neutral. I like it because I can enjoy all the savory BBQ flavors and still experience each bit fresh, without additional richness. It adds just the right contrast.”

End the night with a slice of sweet potato pecan pie or chocolate Tar Heel pie—you are probably going to want to order it early, the delicious homemade desserts sell out quick.

Smoke Shack Blues is never short on tunes. Eric Clapton and other blues artists are always softly playing in the background—the “Blues” in the restaurant’s name didn’t appear out of thin air. Enjoy live music Thursday nights at 6:30pm featuring live solo artists with some rock and roll flares.

“We want music that is going to sound familiar to the customer, even if it isn’t. The blues has that approachability and so does our Smoke Shack.”