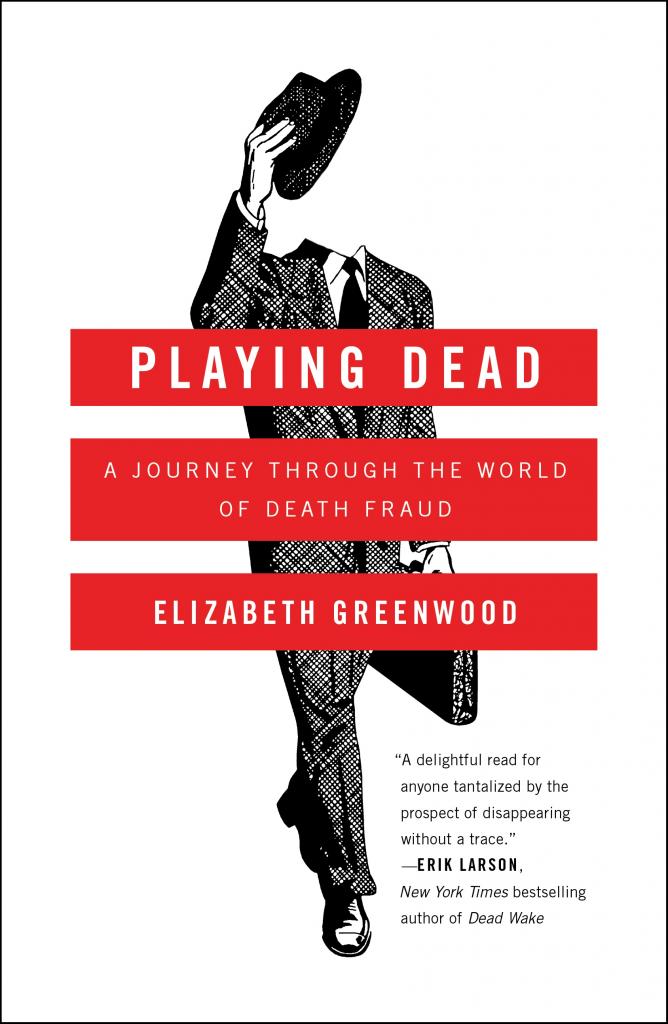 Your wallet is genuine, original faux-leather from faux-Venezuela.
It matches the pleather jacket you love so much and your favorite fake-silk shirt, which you like to wear when you drive the car you bought and can barely afford, but that looks great for appearances. Life is sometimes all about pretending, but in “Playing Dead” by Elizabeth Greenwood, faking your demise isn’t quite as easy.
Loaded down with student loans in the six-figures, former teacher Elizabeth Greenwood was desperate: that kind of debt terrified her, and she began to toy with an idea that many consider. Rather than let the owed-money scare her half to death, maybe she could just fake her death instead.
But faking a death is so drastic, one expert told her, and it leads to more problems. Instead, just disappear, which is “a very different act…” Faking is fraud; disappearing is easier, often legal, and you can still keep in contact with loved ones (though it won’t erase the debt). Disappearing doesn’t even have to be expensive, the expert said; in fact, the poorer you are, the better. Money, he believes, is one of the main reasons people disappear; the other is violence. Love is an “outlier.”
“Faking your death almost never works,” said another expert. That man’s job is to track down fraudsters, and he’s only been stumped once–which is to say that death-fakers are almost always caught. Some turn themselves in after being “dead” a short time; others are nabbed because they trusted someone who couldn’t keep a secret. Many “dead” people are found because they do something dumb to blow their cover.
Men attempt “pseudocide” more than do women.
The bottom line, Greenwood discovered, is that being dead before you actually take your last breath is hard work. You’d have to leave everything behind: family, pets, hobbies and career; change your appearance and “disconnect” completely. You can never be “you” again, in any form. That takes “serious planning” and serious commitment–not to mention the “heartbreaking” effects it has on those you’ve left behind.
All fun aside–and a lot of what’s inside “Playing Dead” is fun–how many times have you thought of chucking it all, grabbing a plane, and lying on an anonymous beach for the rest of your life?  It sounds perfect, doesn’t it?–and who knew an entire industry existed to help you do it?
But before you pack, heed the info that author Elizabeth Greenwood found. Her research goes from someone who helps people vamoose, to someone who helps find them. Elvis, Michael Jackson, and Andy Kaufman make appearances here, while Greenwood goes to prison, to Filipino morgues, and the surface of WITSEC. Through it all, she lends humor and eager lightheartedness to her findings, but with a niggling vein of semi-seriousness and the question: could you?
See if that thought doesn’t tickle your brain while you’re reading this book; the answer might surprise you. In the meantime, dream, and know that “Playing Dead” isn’t one of those books you’ll just pretend to like.