Couldn’t make it to Rio de Janeiro for the Summer Games? Take your own Olympic adventure stateside. Any of these three active getaways in U.S. Olympic villages will have you feeling like a winner. And you’ll have one distinct advantage over the Olympic athletes (aside from aches and pains, hopefully): posh accommodations. Here, destinations to help you beat your personal best—vacation, that is. 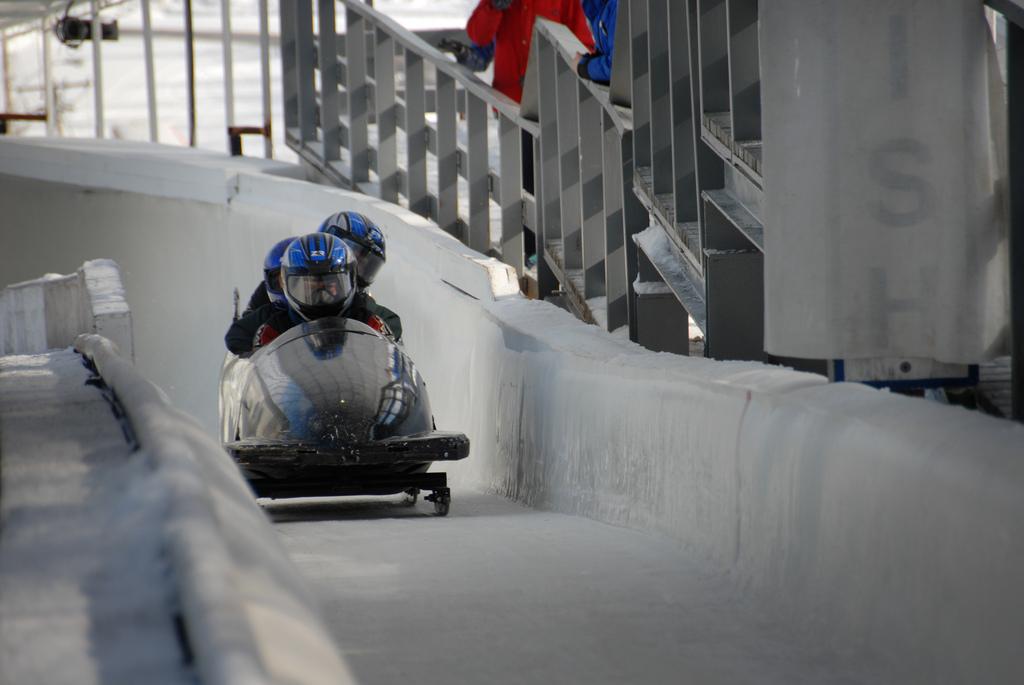 Lake Placid is known for The Miracle on Ice…and bobsledding.

This village in the Adirondacks, six or seven hours from Long Island, was home to the winter Olympic games in 1932 and 1980. Nearby Whiteface Mountain has the highest vertical drop on the East Coast, drawing skiers from all over the country.

The Lake Placid Olympic Facilities and Museum is where “The Miracle on Ice” played out in 1980, when the U.S. hockey team defied every expectation and beat the Soviet Union and went on to win gold. Take the elevator up to the sky deck on the 120-meter jump tower to get a new perspective on the grit it takes to be a ski jumper. One of the most popular attractions is the bobsled at the Olympic Sports Complex. “Teams” of four or six ride with a professional driver and brakeman and pose for team photos after. Other Olympic sports to be tried here include ice-skating, hockey, and cross-country skiing.

Whiteface Lodge was designed by a former Olympian, who was intent on using traditional Adirondack wood and stone. The timber was even milled on the property. Today, it’s the only all-suite resort in the region. The accommodations have one to three bedrooms, a cast-iron gas fireplace, slate floors with radiant heating and full kitchens with granite countertops. Resort guests can sign up for an ADK (Aide de Kamp) Guide—some of them past Olympic athletes—who act as outdoor concierges for day trips, such as whitewater rafting and rock climbing. 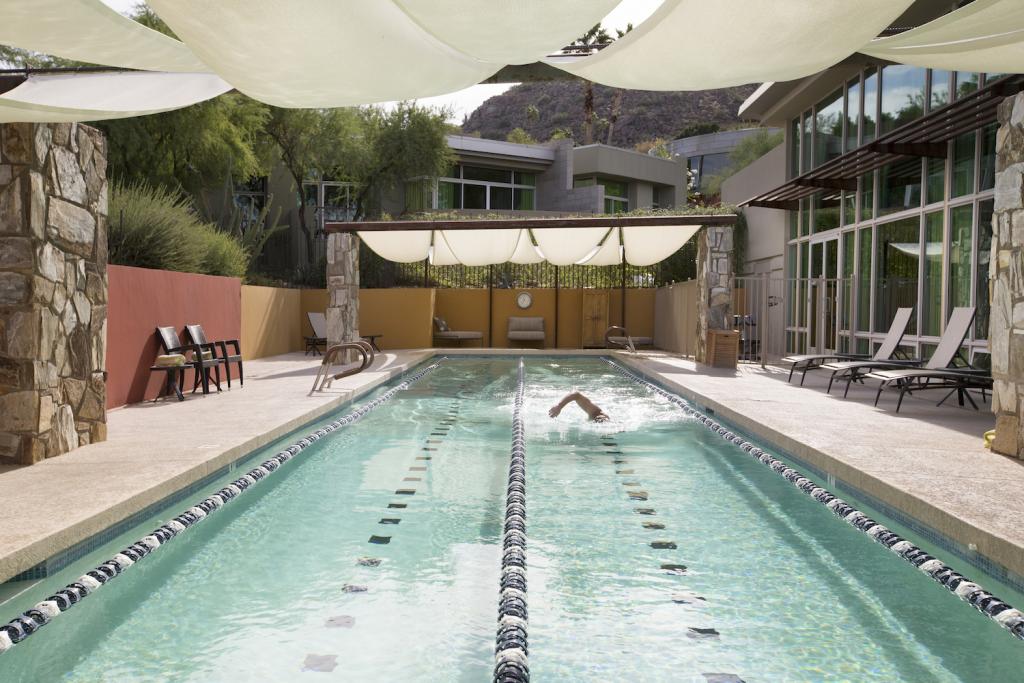 This swanky suburb of Phoenix sits in a unique location, in between Paradise Valley, green and dotted with palm trees and the red-rock Camelback Mountain, which looks more like what you picture when you think of Arizona.

Sanctuary Resort, on Camelback Mountain, is five minutes from downtown. The big draw for athletes (or wannabes) is its three-day Gold Medal Triathlon Training Package. The first day is devoted to swimming. The resort’s resident swim coach is Misty Hyman, the 200-meter butterfly gold medalist at the 2000 Games in Sydney. Hyman spends the day imparting her best strategies for endurance and speed, in a 25-yard outdoor lap pool. Day two brings a guided desert bike ride, and on the third day a fitness instructor leads the group in a cross-country run. At the end of each day, spa therapists are waiting to ease tired muscles with therapeutic sports massages, reflexology, and Thai table massage (a style of massage that kneads muscles in a pattern of rocking and rhythmic compressions).

Guests stay in casitas, 69 of which are up on the mountain and have wood-burning fireplaces and terraces with views of Paradise Valley. Another 24 casitas surround the infinity pool and spa, with outdoor hot tubs and lave rock fireplaces. From any treatment area in the spa, you can see a rock that erosion has made to look like a praying monk. It’s an apropos backdrop for the astrology and numerology readings that go along with massages and facials. For a big splurge, rent one of the resort’s private homes in the foothills of Camelback Mountain, which give guests use of a private pool and Jacuzzi, a wrap-around terrace, a home theater and a game room. No matter what part of the resort you stay in, the food is amazing. The executive chef is Food Network celebrity Beau MacMillan. 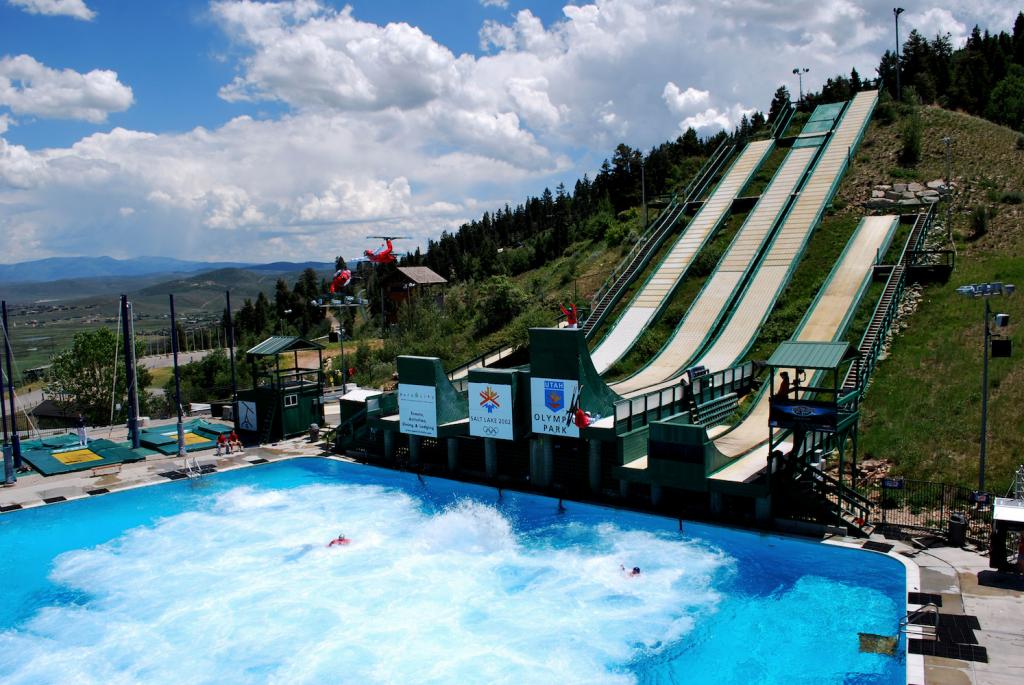 Dive into the city that hosted the 2002 Winter Olympics

Located 32 miles southeast of downtown Salt Lake City, the city (actually a walkable, charming town) has two ski resorts within its boundaries, both of which hosted events at the 2002 Winter Olympics. Deer Valley is where American Shannon Bahrke took silver in mogul skiing, and Park City Mountain was the site of underdog Bode Miller winning silver in alpine skiing. Park City is also well known as the home of the Sundance Film Festival, held each January. In the summer, visitors can coast down the Quicksilver Alpine slide and try the bucket-list-worthy zip line, the steepest in the world.

One-hour guided tours of the Utah Olympic Park stop at the top of the Nordic ski jumps, the bobsled start house, and Olympic aerials pool. Whether you opt for the tour or not, you can still hop aboard a three-passenger Comet Bobsled, which zooms along the same track on which Americans Jill Bakken and Vonetta Flowers won the first Olympic women’s bobsled competition. Fair warning: it’s a rough ride, especially if you’re in the rear seat. A bit easier on the back is ski jumping into an outdoor pool, a favorite of kids during the summer months.

Another spot worth visiting is the Utah Olympic Oval in Kearns, a suburb west of Salt Lake City. It’s where 8 out of 10 world speed skating records were smashed. Today, anyone can skate on the 400-meter track.

Built as a school in 1889, the Washington School House is now a boutique hotel in downtown Park City. Book early: it has only 12 accommodations, but scores of devotees of its chic ski lounge with 16-foot ceilings and the heated pool terraced into the adjoining hillside.