Olympic athletes train their whole lives for a chance to stand atop the podium, or in some cases just compete. And for two weeks, we sit on the couch, popcorn and beverage in hand, and binge-watch. It’s hard to look away from the coverage, even if it means skipping your own evening run, when Bob Costas keeps telling viewers that “Michael Phelps will race shortly” or “Simone Biles is up next on the vault.” Ten unforgettable summer Olympics moments made ditching the #fitfam worth it.

When God got you, you can’t lose. Beyond blessed and grateful to have represented my country in the best way I know how. I have gone through ups and downs, highs and lows, but I have completely enjoyed this journey. Nothing worth having comes easy, and God never puts more on you than you can bear. Thanks to many for all the support!

Simone Manuel came from behind in the 100-meter freestyle and tapped the wall in 52.70 to tie Canadian Penny Oleksiak for gold. She made history in the process—and not just because she set an Olympic record. Manuel will go down as the first US black woman to win an Olympic medal in an individual swimming event. She embraced the moment, telling reporters through tears, “This medal is not just for me, it’s for a whole bunch of people who have came before me…and it’s for all the people after me who believe they can’t do it.”

All-Around Olympic champion Simone Biles is just like your niece—she loves the color purple, glittery eye shadow and has a life-size cutout of Zac Efron in her room. Oh, but she also defies physics. The 4’8″ Biles showed the world high-flying gymnasts come in small packages when she got so much height during her floor routine, she was able to spin around twice mid-air. Hailed the greatest gymnast of all time, Biles walked away with five medals, four golds and a bronze.

This picture captures the joy I have had this past week in representing the USA, as well as the emotions of completing an unforgettable four-year journey. Thank you to everyone for the support. I am honored to be a member of the 2016 U.S. Olympic Swim Team. Special thanks to my family, coach Bruce Gemmell, trainer Lee Sommers, my teammates and coaches over the years from NCAP (and Palisades and Stone Ridge), my friends, my teachers and classmates, everyone back home in Bethesda especially my Stone Ridge and Little Flower friends, and many more. I’m happy to be bringing home some medals and memories! (Photo: @gettyimages)

When Katie Ledecky swims, NBC needs two cameras: one for her, and one for all the world-class athletes she’s lapping. In the 800-meter, Ledecky finished in 8:04.79, 11 seconds ahead of silver medalist Jazmin Carlin, for her fourth gold of the games.

The Fish is (a Little) Human 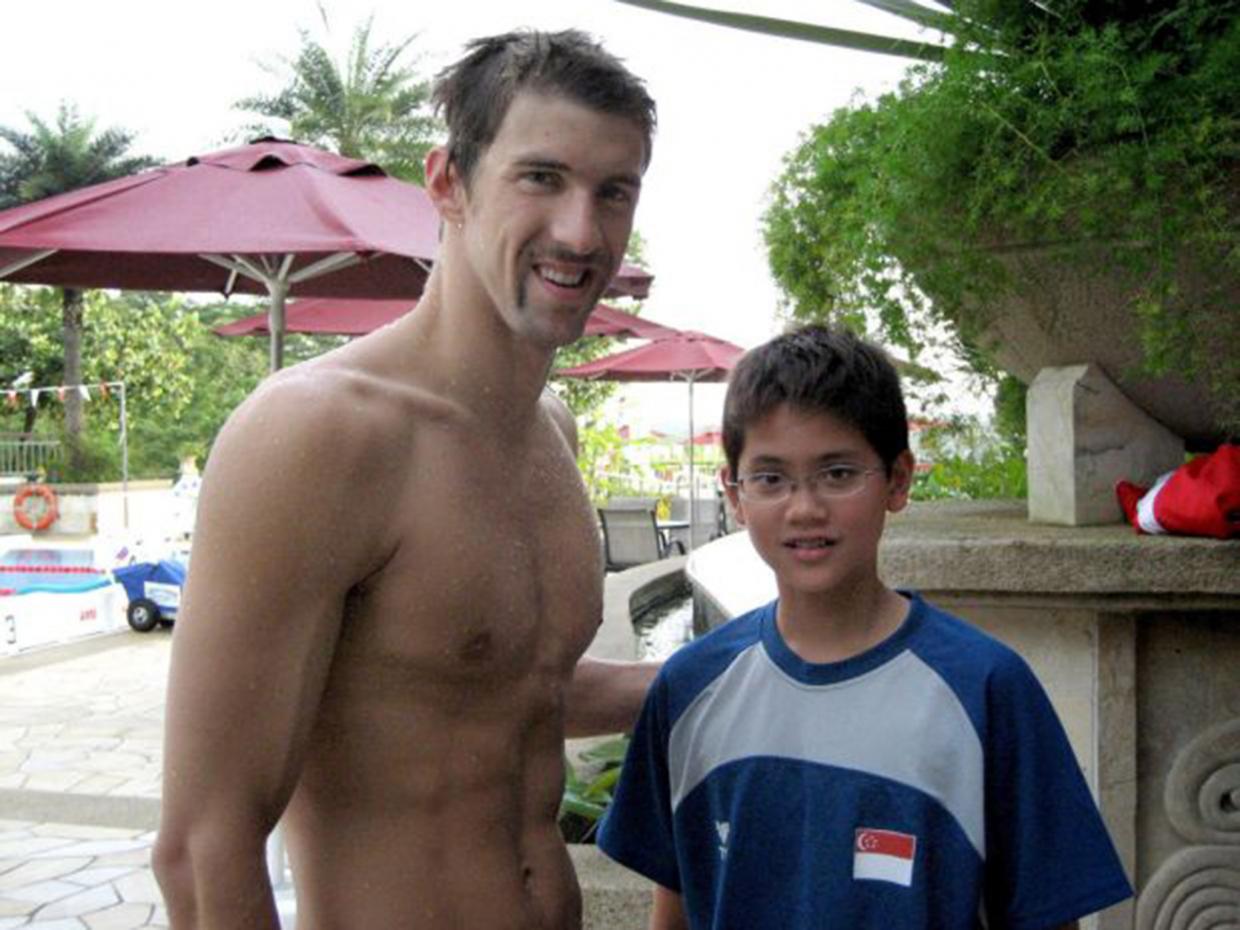 We’re used to seeing Phelps atop the podium—and we saw it five times this summer—but it was his silver medal finish in the 100-meter butterfly that showed his softer side, and not just because he was second for once. Phelps finished behind Singapore’s Joseph Schooling, who was thrilled to meet Phelps when the US team was training in Singapore for the 2008 games. After the race, Phelps posted a sweet Instagram photo with Schooling that gave a nod to the moment, “We’ve got an updated pic! Best of luck bro. I’ll be watching,” it read in part. We’ve all enjoyed watching Phelps, the most decorated Olympian of all time with 28 total medals and 23 golds.

Fiji’s population is less than that of New Jersey, but the country has a serious love for rugby. The celebration was on when Team Fiji beat Great Britain in men’s rugby for the nation’s first gold medal in any sport.

In response to the global refugee crisis, the International Olympic Committee selected 10 athletes to compete as part of the first Refugee Olympic Team. The athletes carried the Olympic flag during the opening ceremonies.

When Lithuania’s Aurimas Didzbalis’ weightlifting career is over, he may want to take up gymnastics. After winning the bronze medal, he celebrated by doing a backflip. Your move, Biles.

Usain Bolt was in an unfamiliar spot in the men’s 100-meters: second behind Team USA’s Justin Gatlin. That’s when he stepped on the gas and edged out Gatlin for his third straight gold in the event.

Medals aren’t the only new accessories athletes go home with following the Olympics. US weightlifter Morghan King and Chinese diver He Zi left with engagement rings. Zi’s boyfriend Qin Kai, also a diver for Team China, got down on one knee after Zi received her silver medal. King’s proposal was a little less public, until she announced it on Instagram.

Tell us: what was your favorite Olympic moment?