There are conflicting accounts about the origins of the eggs Benedict, which is traditionally made with two halves of an English muffin topped with Canadian bacon or ham, a poached egg and hollandaise sauce. One story gives credit to Lemuel Benedict, a retired Wall Street stockbroker, who supposedly ordered something to the effect in 1894 at the Waldorf Astoria. It was then adapted into the menu. Delmonico’s Restaurant in lower Manhattan also claims to have created the now-ubiquitous dish in 1860.

No matter who the rightful original owner of the recipe is, one thing is clear: eggs Benedict, when mastered, is a brunch fare that can’t be passed up. Try these locations that deliver on the classic recipe or offer great variations. 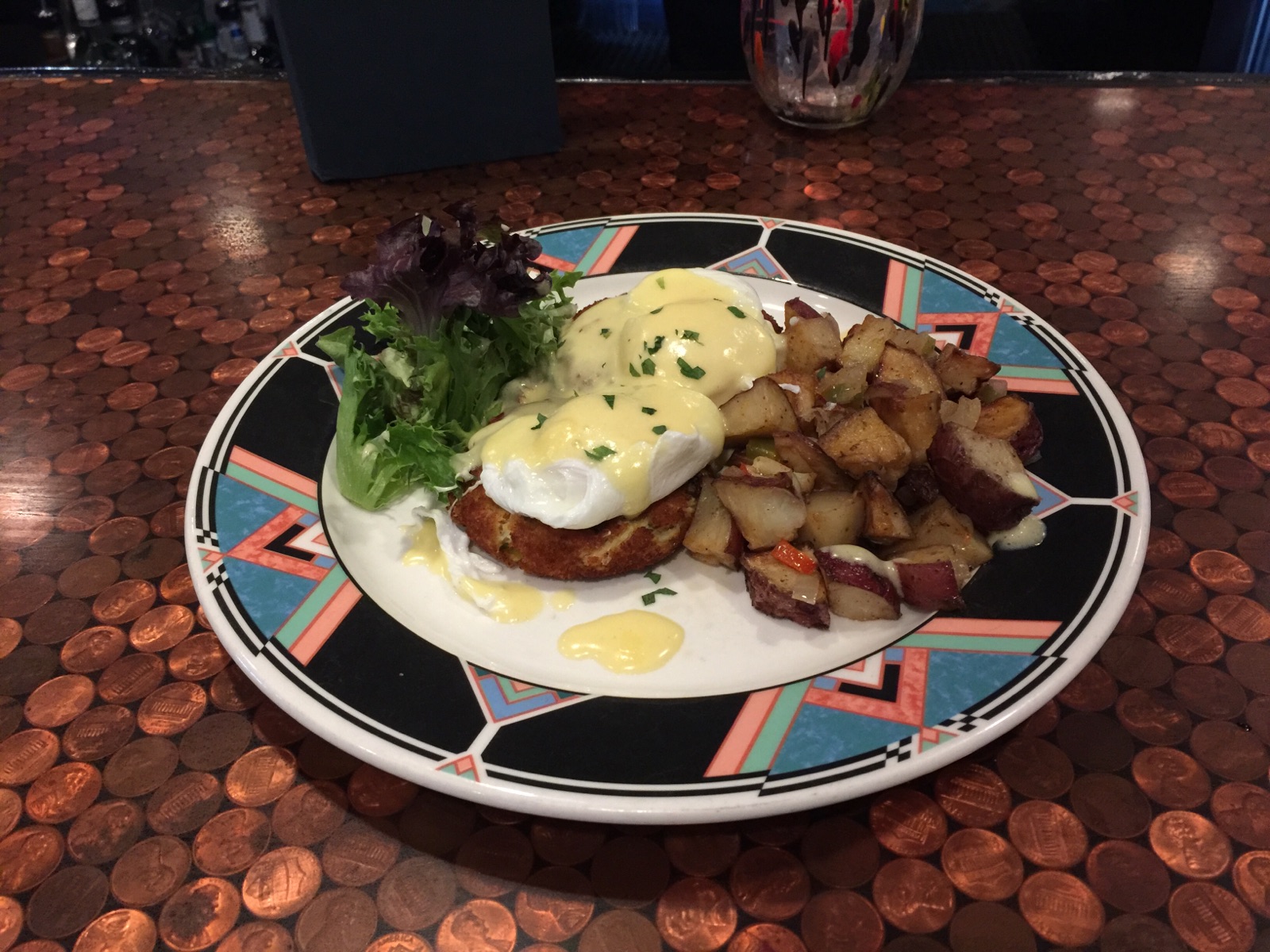 What else would you expect from a place that’s all about art and rock and roll? Painters’ offers something delectably different from your average eggs Benedict. Think crab cakes dressed in a creamy hollandaise sauce and served with a side of country-style potatoes. 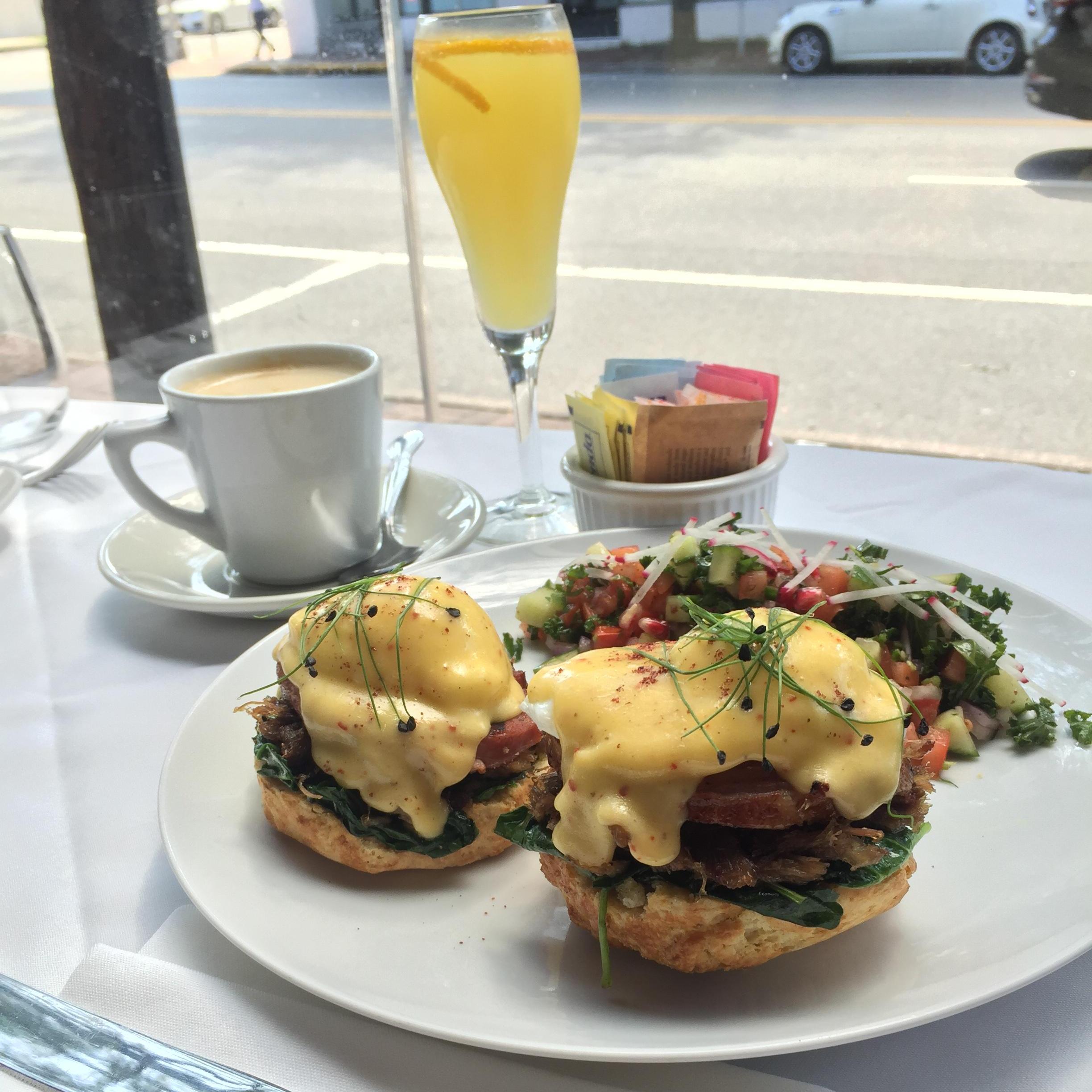 It’s all about the duck in this take on eggs Benedict at Lola. image: Shelby Clark.

Served only during Sunday brunch from 11am-3pm, Lola’s decadent duck Benedict is made with a house-made truffle biscuit, duck ham, duck confit, a house-made hollandaise sauce and topped with a poached egg. It comes with a side salad.

Crostini Eggs Benedict: Mill Pond House, Centerport
Mill Pond’s eggs Benedict was taken off the menu for a while, but it is making a return this weekend with some flair. The new version will be prepared on sourdough crostini with roasted asparagus and hollandaise sauce. 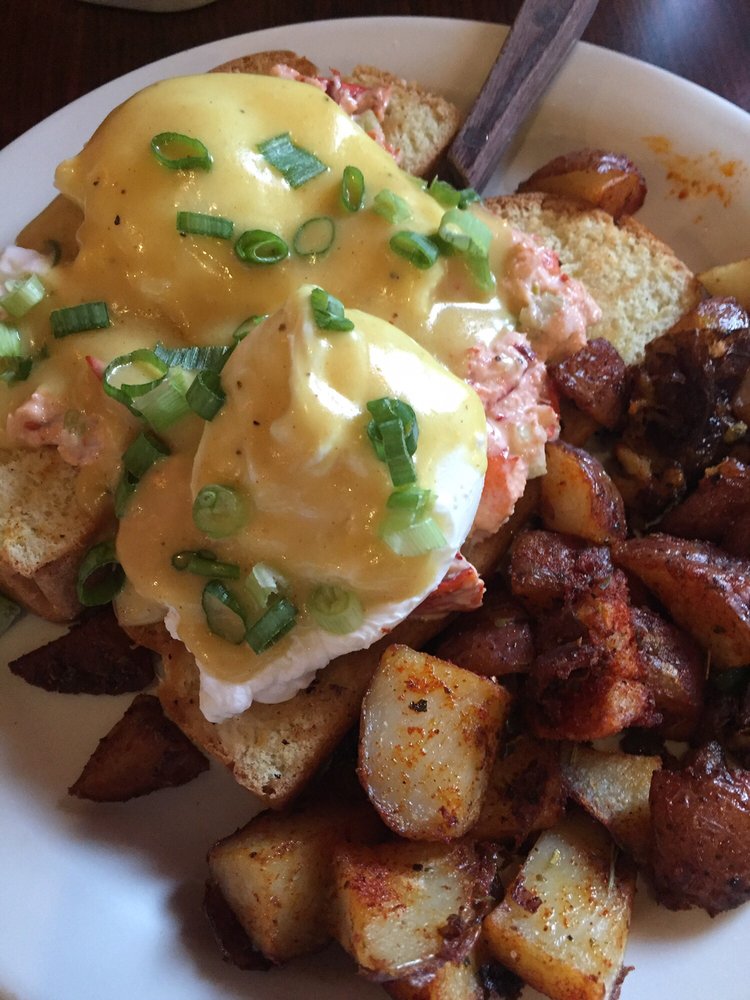 You won’t find this on the menu online, but diners have been enjoying this rustic concoction as a special. A homemade lobster salad topped with two organic poached eggs and tarragon hollandaise sauce sits on a toasted split bun. It’ll be on the menu for a few months, the staff says.