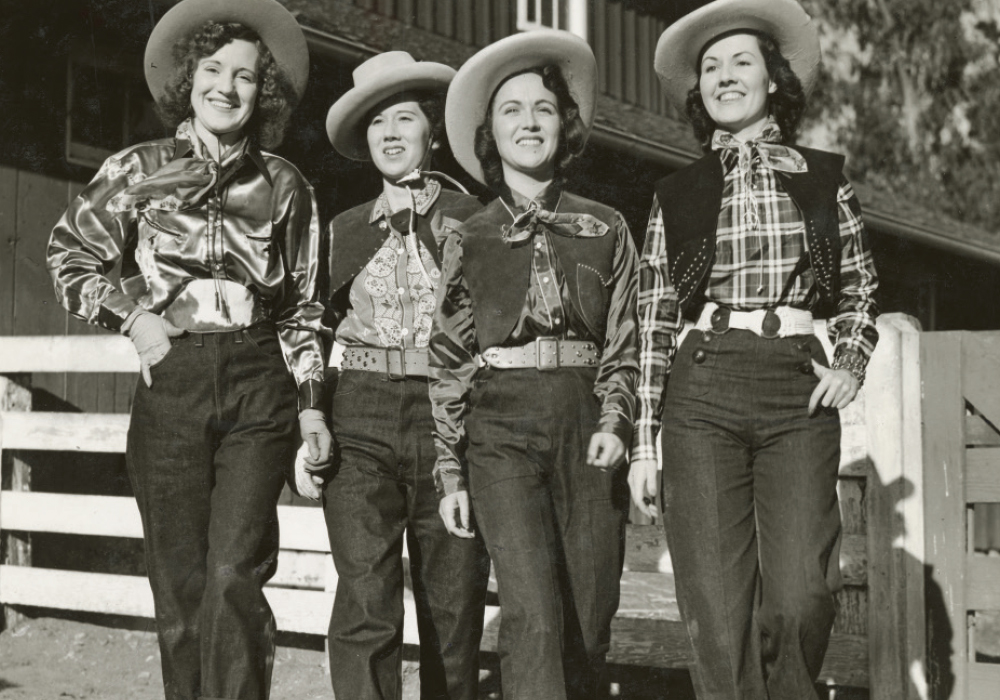 Finding a nugget of gold amid California silt was undoubtedly an exciting event during the rush for gold in the late 1800s. But for a miner’s wife, the ruination of an expensive pair of pants took precedence. One such distressed spouse asked tailor Jacob Davis from Reno, Nevada, if he could figure out a way to make her husband a pair of pants that would last longer. Davis devised a method of putting rivets on the proper stress points for added strength and when the product proved popular, he set about looking for a partner. Levi Strauss, a fabric and dry goods wholesaler out of San Francisco, had been supplying Davis with cloth so Davis wrote Strauss a letter to explain his invention. Strauss understood the need for sturdy slacks immediately and on May 20, 1873, the two men received a patent for putting copper rivets on work pants. Today, the Levi’s we wear are only slightly different than the ones made some 150 years ago. The biggest change: the removal of crotch-rivets. Wearers of the work pants learned long ago from squatting in front of campfires, that that area was no place for hot copper.

Levi Strauss and his family left Bavaria in 1848 and moved to New York. Levi then moved to San Francisco in 1853 to open a dry goods wholesale business. In 1872 he got a letter from Reno, Nevada tailor Jacob Davis who made a business proposition: he had invented a way to make work pants stronger by using rivets, and he needed a business partner to get a patent and manufacture the pants. Levi agreed.

The copper rivet was used to reinforce the pocket corners and other “points of strain” on the first jeans, which were made from denim.

Guarantee Ticket This ticket was placed on the back of the jeans beginning in 1892, containing language about the quality of the 501® jeans, and is still used today.

The Miner Trade Card The pants were made for the working men of the American West, such as miners and other laborers. This trade card was made around 1899 and was a gift with purchase for those who bought a Levi Strauss & Co. product. Trade cards were collected and pasted into scrapbooks.

The first jeans—known as waist overalls or overalls—had only one back pocket; the second was added in 1901. These first jeans also had a strap and buckle on the back in the days before belts were used, and also had buttons for braces or suspenders.

Sales Flyer These flyers, which demonstrated the many products made by Levi Strauss & Co. and the many consumers who wore them, were given to retailers by company salesmen. This one dates to about 1899.

San Francisco Postcard This photo postcard of San Francisco is from about 1908, showing the city’s recovery after the 1906 earthquake and fire. Look closely and you can see the sign on the side of the new Levi Strauss &  Co. headquarters, rebuilt at Battery and Pine streets.

Pocket Flasher The Arcuate stitching design has been on the back pockets of the 501® jeans since 1873, but during World War II, the U.S. government wouldn’t allow the company to use it, because it was a decorative use of thread, essential for the war effort. So the company painted the Arcuate stitching on every pair, and included a special pocket flasher to explain that “For the Duration” of the war, consumer would only see the paint, and not the stitching. 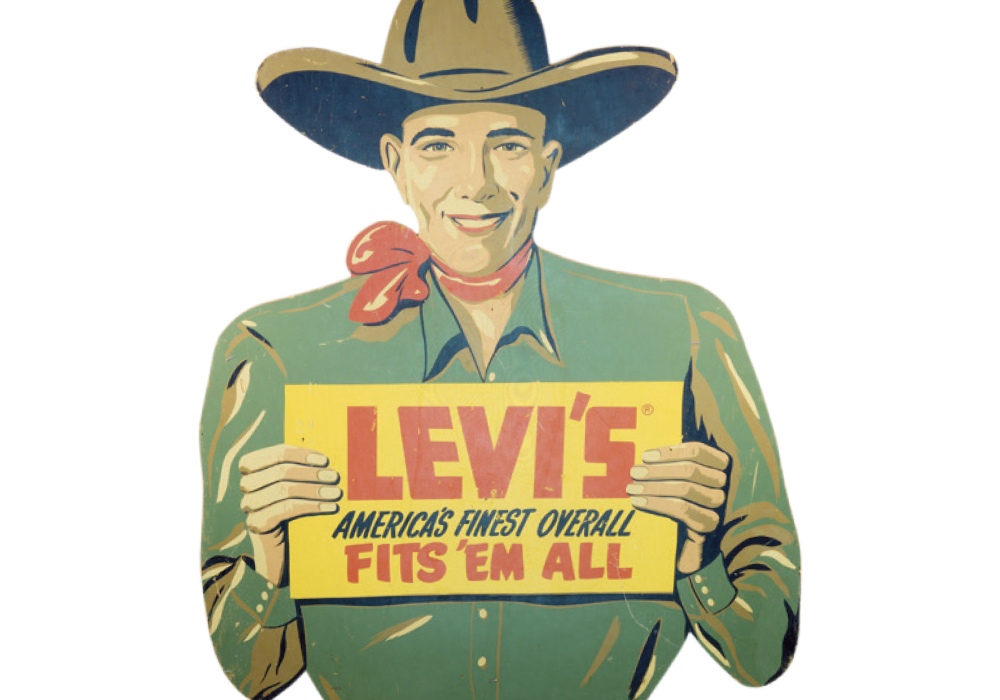 Cowboy Advertisement: This wooden cowboy was attached to an extra long pair of jeans and a set of painted wooden boots, given to retailers as a striking display piece in the 1950s.