SCOTT KAMPF HAD GIVEN UP on the roller-coaster ride that is employment in Hamptons kitchens. “Your typical out-of-towner owner promises you the world and then when Labor Day hits, you’re unemployed.” So Kampf—who had worked at East End eateries like Basilico and Post House—left to become a private chef until a fortuitous meeting with Ian Duke, co-owner of Southampton Social Club, brought him back to the restaurant business.

Kampf has been executive chef at the popular Social Club for five years and this summer he took charge of the kitchen at the group’s newest establishment: Union Cantina in Southampton.

“I always have a few restaurants in my head, one being a cantina-style Mexican restaurant.” Cantinas are popular south-of-the-border drinking holes, known as much as being community gathering places as they are bars. Union, located in Bowden Square in the heart of Southampton, is situated perfectly to fit that bill. 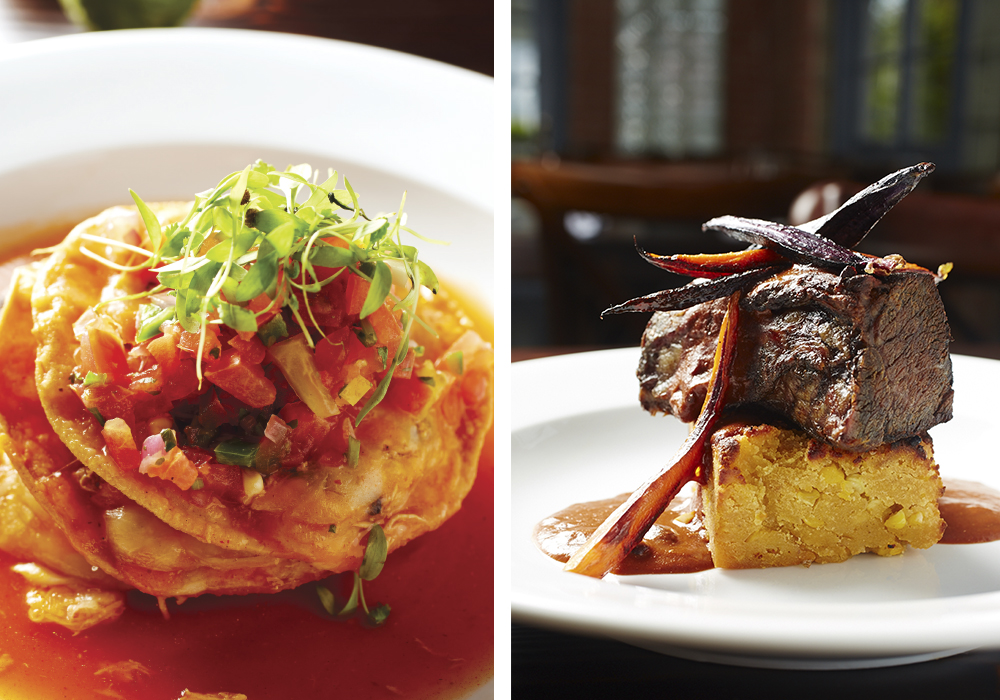 When it comes to the food, Mexican may seem like an unlikely choice for a chef who employs French techniques. But the cuisine delivers on two fronts. First, it’s lacking in the region, which didn’t sit well with the peripatetic Kampf, who acquired his culinary training through extensive international travels. “There are some Mexican restaurants in the Hamptons…but there aren’t many real fine-dining places…We’re going to create the benchmark of what Mexican is in the Hamptons.” It’s a challenge he feels prepared for despite not being a prototypical Mexican chef. “I am one of the most fortunate guys in that cooking came easy to me. Even at a young age I was able to cook, to be creative, putting things together that people wouldn’t have thought of.”

Second is Kampf’s opportunity to explore two different cuisines simultaneously. French-style cooking allows him to forge unique interpretations of Mexican staples. The French focus on layering flavors to create a harmonious dish is epitomized in Union’s signature offering: the deconstructed enchilada. Instead of rolled tortillas, Kampf layers toasted tortillas on top of each other. The flavor is still there but the creativity has created a new enchilada experience. The choice of protein furthers this new realm of Mexican food—skirt steak, striped bass, spicy shrimp and pulled chicken are all options.

For Kampf, Union also represents another flag staked in an industry he thought he was through with. “I was tired of [it] and I thought, ‘I’ll just go cook dinner for two on Meadow Lane, have a very easy life.’” Well, he got the “two” part right. We’ll soon find out if two kitchens are better than one for this reluctant restaurateur.