Sub Zero Ice Cream & Yogurt in Patchogue is like a Hibachi lounge for sweet tooths. Choose from a base (regular, low-fat, vegan or yogurt), pick up to 3 of the 55 flavors to mix together, add a couple of the 30 toppings and watch a staff member make it in less than three minutes using liquid nitrogen.

“It’s a novelty show with your ice cream,” said David Zollo, who manages the shop, which celebrated its grand opening in August and is the franchise’s first New York location.

The nitrogen isn’t dangerous—the air we breathe is 78 percent—but I can’t promise the same for your waistline after you’ve tried one of these five cheat-day worthy combos. 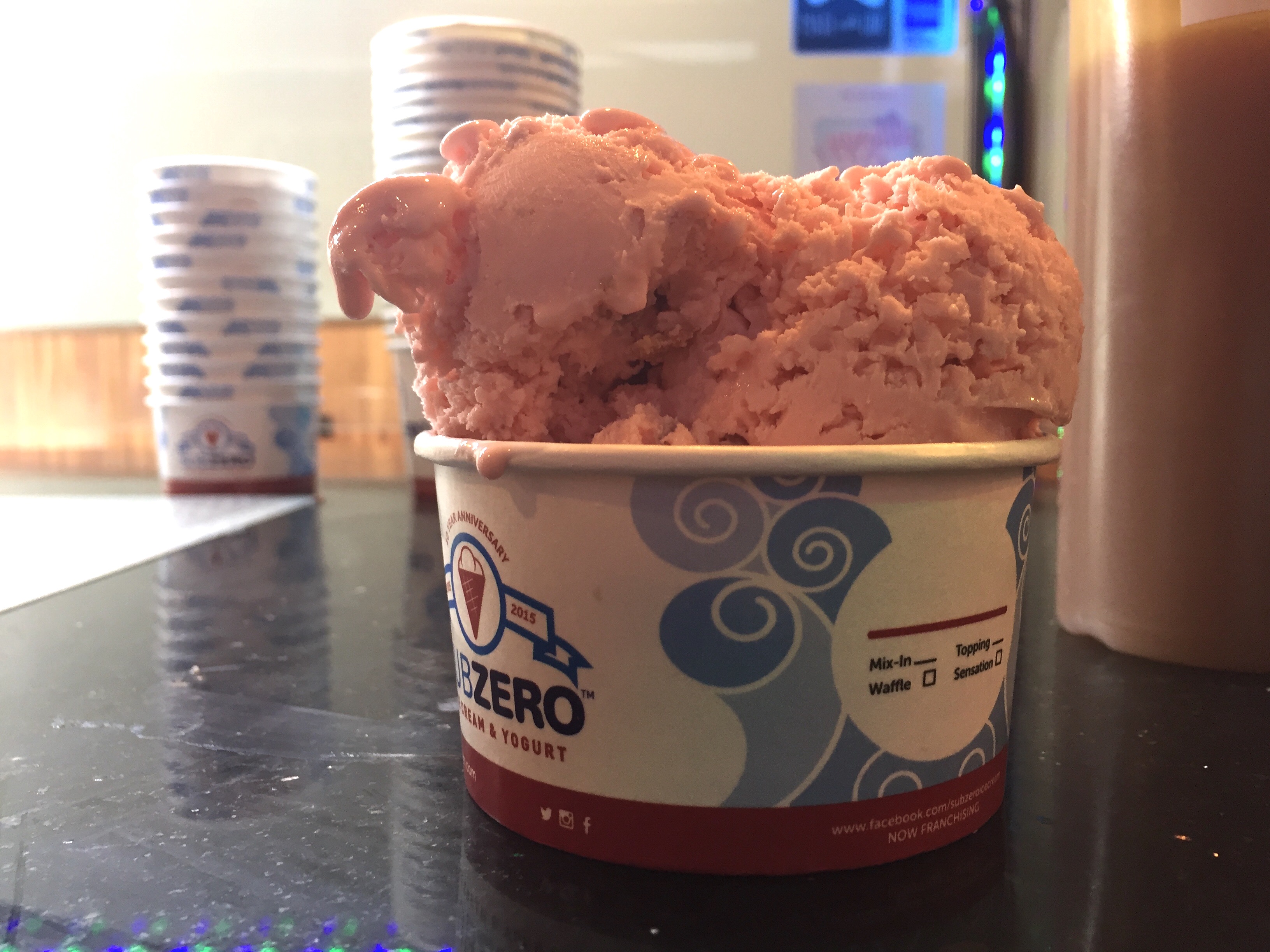 A lonely heart inspired this breakfast-for-dessert combo of smoked shredded bacon, maple and cinnamon flavor. “My girlfriend lives out in Missouri. She doesn’t cook a lot but when she does she makes great French Toast. I missed it, so I decided to make French Toast ice cream.” There’s an option to put Nutella on it, but it’s more of a no-brainer than a choice. 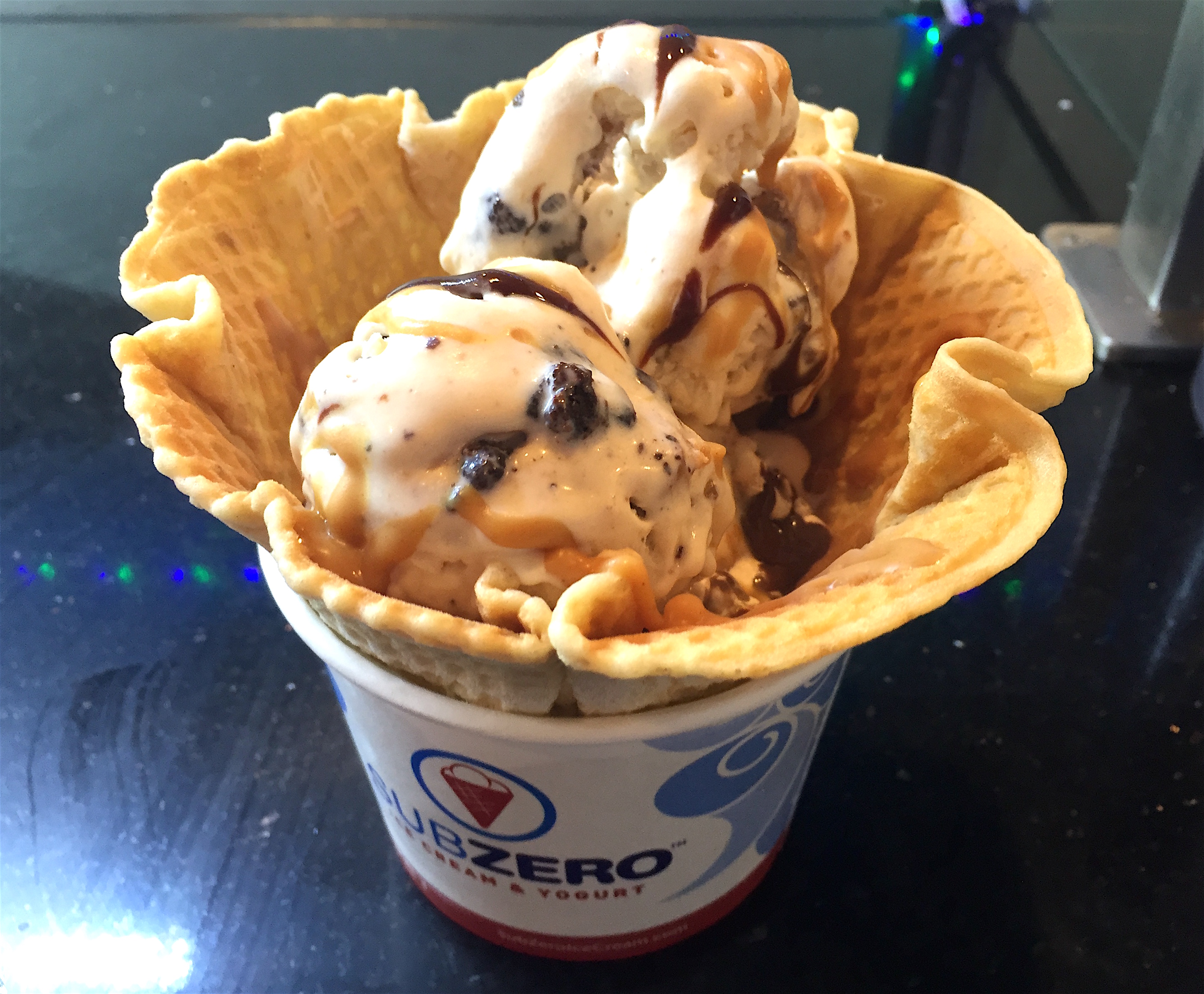 Peanut butter, chocolate and ice cream take up three of the four spots on the Mount Rushmore of desserts. Combine ‘em—in a waffle bowl no less —and you’ve got a treat that people will need to eat sitting down. In news that won’t shock you, Zollo said Sub Zero sells three of these for every one other sensations (the name given to ice cream combos created by corporate) they sell.

The Aztec chocolate is a little sugar, a little spice and totally nice. Zollo combines chocolate ice cream, cinnamon and an extract of ghost pepper to give the dish some heat in a bowl. Once the ice cream is made, he sprinkles cocoa powder on top, a hit with dark chocolate lovers.

Made with real Greek Yogurt, the mango passion fruit watermelon frozen yogurt is extra creamy and boasts probiotics that strengthen the digestive system. Health benefits aside, the tart, fruity blend is a tropical vacation in a bowl and the perfect cure for end-of-summer blues. 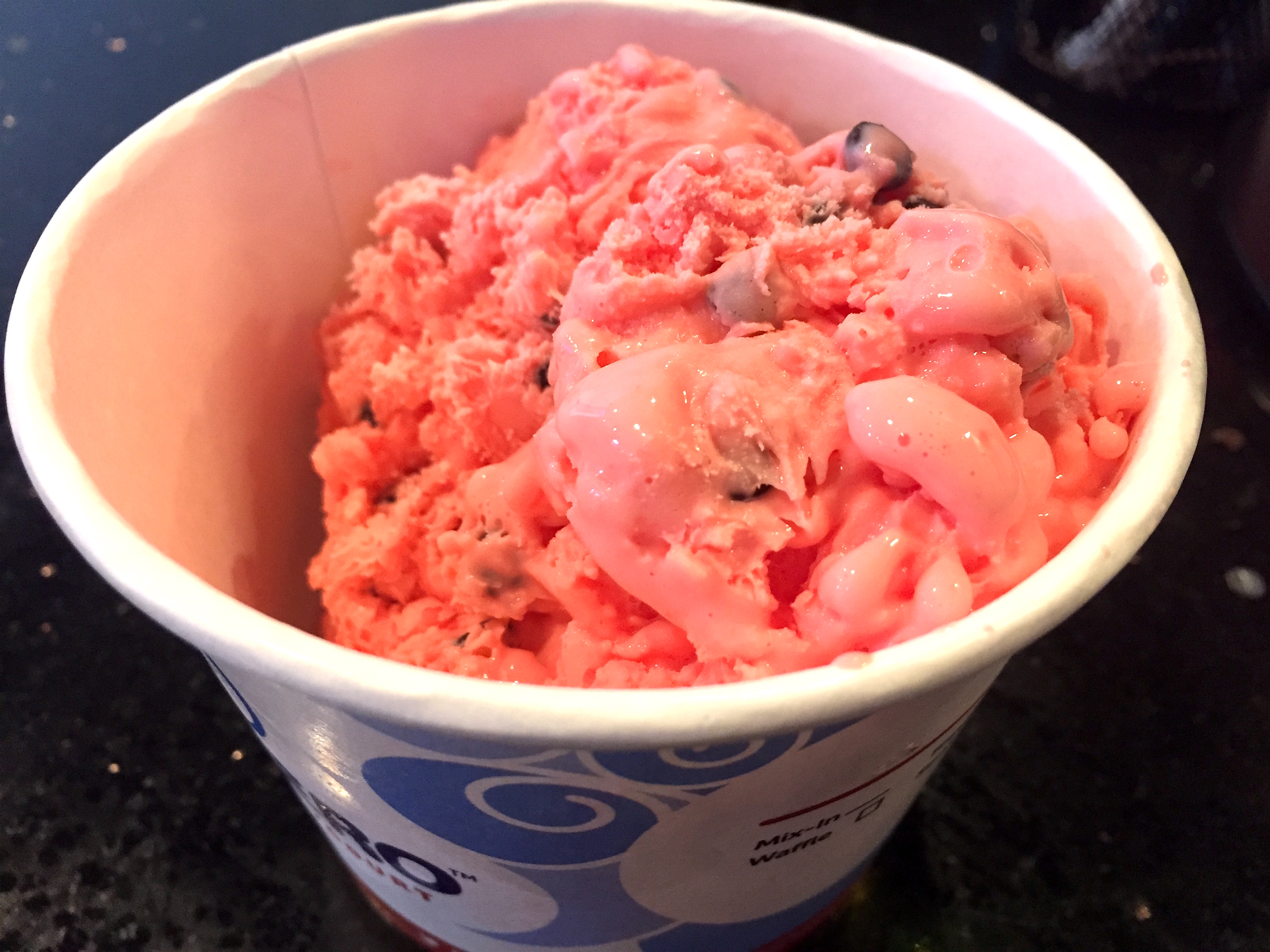