SOME MIGHT BELIEVE being a ruthless dictator would leave little time for obsessing over movies. They would be wrong. Almost all of the infamous modern dictators have been obsessed with motion pictures. Hitler, Stalin, Mussolini and Gaddafi are just the well-known examples, each devoting massive time and resources to their film industries, far exceeding any possible propaganda benefits. Perhaps it is unsurprising that men who built their governments on delusional national fantasies of conformity, unity and hero worship, would also picture themselves as movie-making moguls.

No dictator was crazier about movies than North Korea’s Kim Jong-il. Although Kim loved Hollywood movies, he had a very different vision for his country’s film industry. Kim could never understand why an industry limited to only one subject (celebrating the North Korean Communist Party and issuing death penalties to filmmakers for any deviation) kept failing to produce quality movies. In 1973, the dictator wrote a book, On the Art of the Cinema. When that failed to improve North Korean film, more drastic measures were required.

In 1978, Kim kidnapped Shin Sang-ok and his ex-wife Choi Eun-hee, who as a filmmaker and movie star, respectively, had been at the forefront of the thriving South Korean film industry. Kim brought the pair to North Korea to make movies for him. Using interviews, archival material, movie clips and reenactments, the new documentary The Lovers and the Despot vividly explores this amazing and unprecedented episode in motion picture history. 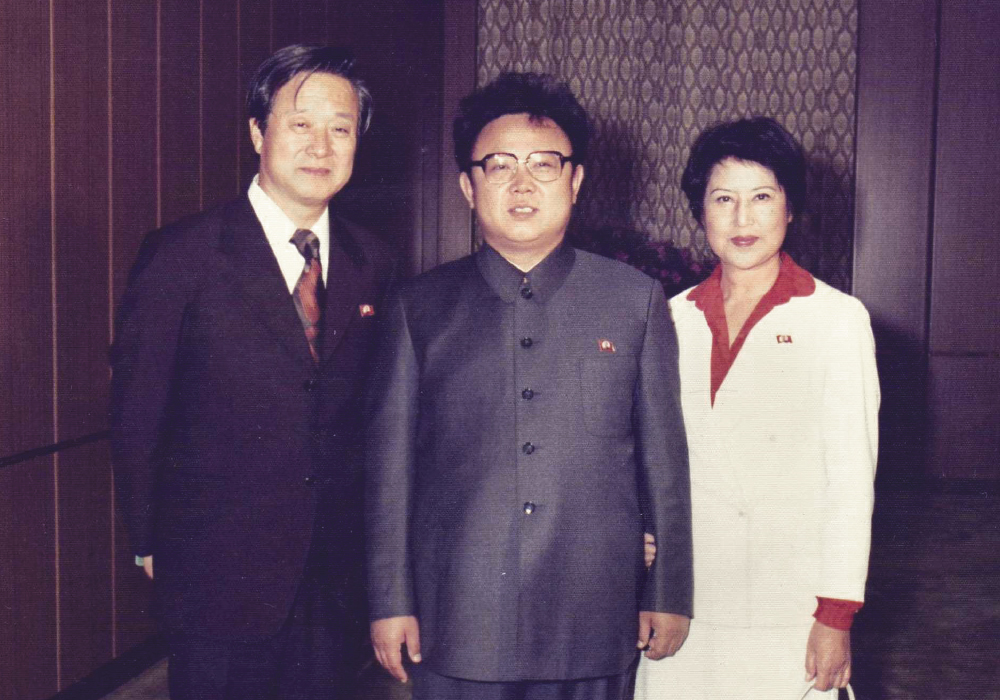 Shin and Choi had spent years crafting the elaborate illusions of popular cinema, but nothing prepared them for being the star players in Kim’s megalomaniacal cinematic fantasies. Given the choice between making movies for Kim and spending the rest of their lives in prison, Shin and Choi unsurprisingly chose the former. They knew their only hope of escaping and reuniting with their children in the South was to gain Kim’s trust. Over the next eight years, they made movies and bided their time waiting for a chance to escape.

They never wavered in their desire to get away, but Shin did admit that there were seductive elements to having Kim Jong-il as your movie producer. After years of struggling to raise money for projects, Shin was given resources most filmmakers could only imagine. When he asked for a train crash to be simulated with a miniature replica, Kim gave him a real train to blow up. The dictator too, was seduced by his partnership with the brilliant filmmaker, allowing Shin to explore subject matter that had always been forbidden to native filmmakers, including the first love story in that nation’s film history. Shin’s North Korean films were often quite subversive, directly contradicting the government’s rigid ideology, much to the delight of local audiences. The Lovers and the Despot is a stunning tale of an insane dictator who was tricked by two lovers armed only with the power of movies.