Charlie Becker is a family man and it shows in everything he does at 1940’s Brewing Company. From the name of the brewery to the number of accidental taps on hand, subtle nods to his family’s history are everywhere. This new tasting room, which opened over the weekend, is both spacious and well-appointed. Sitting in front of a beautiful blue sliding barn door, I sat down with Charlie Becker to talk about beer and the kickoff of his new brewery with partner, Jon Brengel.

Related Content: The Craft Beer Club With a Running Problem

Long Island Pulse: Family is very important to you. How do you weave it into 1940s?
Charlie Becker: It’s everywhere. The company is named after the year my father graduated from the U.S. Brewing Academy and married my mother. The 838 Roggenbier is named after the LST my father was on in World War II. Even the taps are involved. We originally planned to have 12 taps, but once Jonathan started drilling, he realized there were 13. I laughed. My parents were married October 13, 1940, so it was meant to be. Now we have 13 taps–12 regular, 1 nitro.

A Kickstarter campaign helped get this project started, correct?
Yes. We had a very successful campaign. A friend of mine is a former FDNY firefighter and Jonathan is on leave from the pipes and drums band. The support from the FDNY community in just 3-4 days was unbelievable. We also got a lot of support from the local homebrew clubs–both Homebrew and Hand Grenades and LIBME [Long Island Beer & Malt Enthusiasts].

What’s on tap?
We will have our Golden Riveter IPA—made with Horizon and Warrior hops, our Hefie Injustice—a Hefeweizen with banana and spice notes, Arsenal—an English Pale Ale made with East Kent Golding and Fuggle hops, the 838 Roggenbier—a German-style Rye beer, Bohemia Blonde— an American Blonde Ale, our Saison and possibly Airfield IPA—a west coast IPA.

What are you brewing next?
After we open, we’re going to come out with a Porter, a Bushwick Style Pilsner and a Red Ale too. 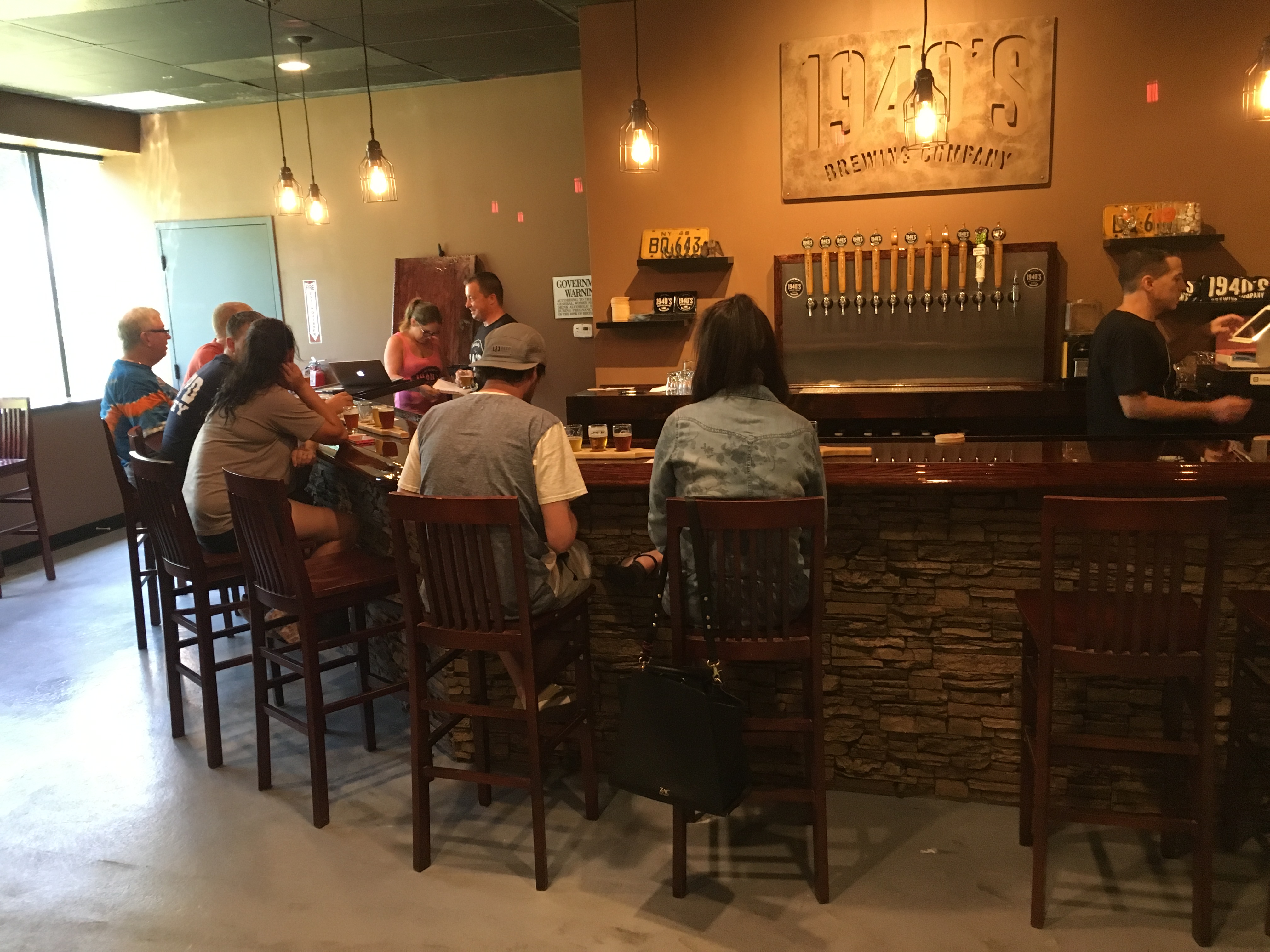 If someone says they hate craft beer, what do you serve them?
I would start them off with something light. Depending upon what they’re looking for, Bohemia Blonde would probably be the best step or maybe Arsenal, the English Pale Ale. If they just want a light beer without heavy hops, I’d go with the Hefeweizen.

What are your most popular brews?
At the Long Island Craft Classic, our Hefeweizen was the first one that kicked, so we expect that to be a very popular beer. Our English Pale Ale does very well as do both of our IPAs, Golden Riveter and Airfield—they are very well-liked and don’t last long.

What’s been your proudest moments so far?
Proudest moments? Probably kicking all three beers at the spring craft beer festival—the last one at the Coliseum. I felt a real sense of accomplishment that day.