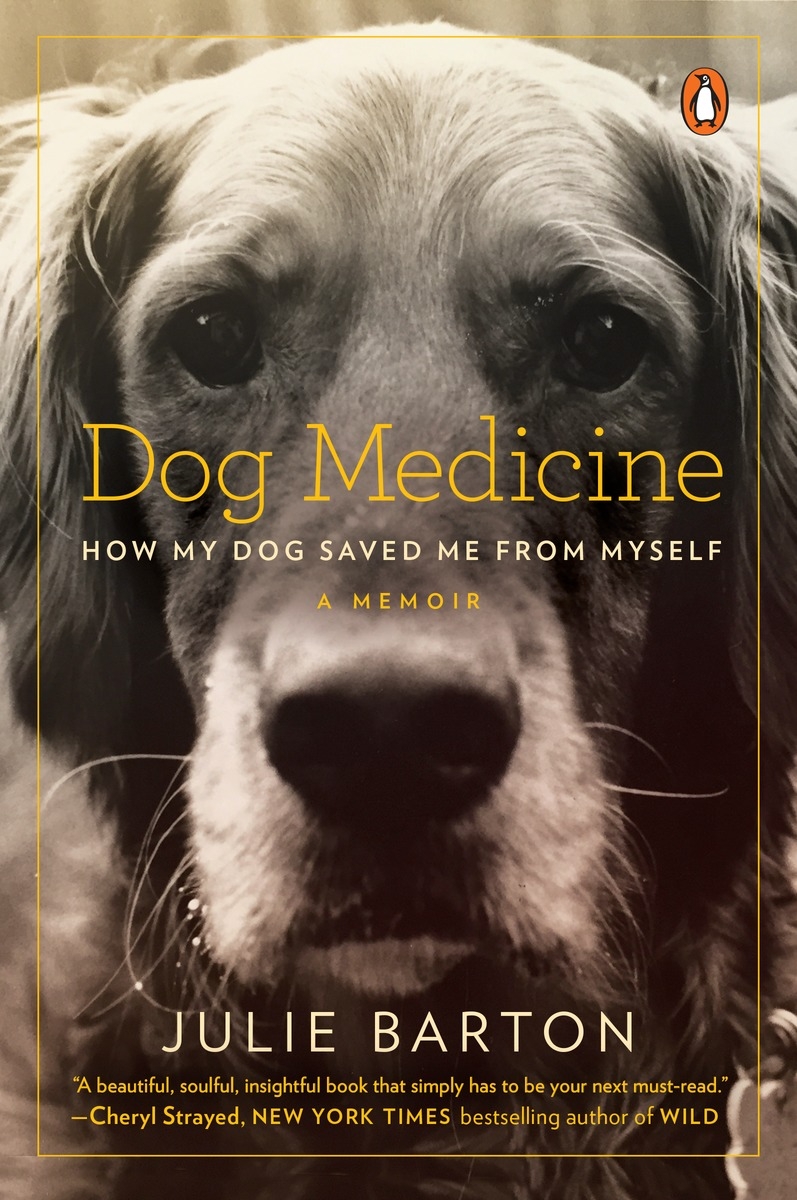 The doctor said you need a prescription.

She said you’ll feel better after you rest, scribbled a bunch of symbols on a paper, and told you to follow directions: four medicines, four times a day for four days. It should work. You’ll heal. But, as in the new book “Dog Medicine” by Julie Barton, the real cure comes from four furry feet.

She could remember the exact day.

Julie Barton barely made it home from work on April 16, 1996. Other commuters near her Manhattan apartment rushed to their destinations, their noise just “one enormous echo,” but all Barton heard was her own mind, telling her that it was “wrong” that she was even alive.

She’d left Ohio about a year before, dreaming of a future with her college boyfriend and hoping to put a childhood filled with sibling abuse behind her. That first New York year was shaky, though, and shortly after Barton discovered her boyfriend was cheating on her, everything fell apart.

In a panic, Barton called her mother, who rushed to Manhattan and brought Barton back to Ohio to heal. It was there that an unusual thought entered Barton’s head…

As far as she could tell, the puppy was born around the same time she’d had her major breakdown. Like Barton, his mother took care of him until he grew strong enough for independence. When she saw the tiny Golden Retriever, Barton felt an instant connection to the pup and her focus on suicide shifted immediately to his care.

She named him Bunker Hill and they were inseparable. In his care and training, Barton felt “enormous responsibility” and worked tirelessly to make Bunker a good citizen. In return, he calmed her, loved her, distracted her from her depression, and gave her confidence to leave Ohio for Seattle, where Barton found a happier life.

“Dog medicine,” she says. “I’d found it, and I swallowed it whole.”

In months to come, Bunker would need some of that himself…

Okay, so you’ve done the math, you think you know how this book turns out and you’re right. But there’s really so much more to “Dog Medicine” than that.

Before we even get to doggie delights, however, author Julie Barton does an especially good job describing the indescribable: her vivid details of the symptoms that plagued her are horrifying, and I sensed that such narration was merely a surface-scratch. Even just reading about the weight of depression felt heavy.

That almost totally disappears with a whiff of puppy-breath, although Barton is careful to say that her illness will never be eradicated. This story-shift, though the darkness is never far away, is filled with anecdotes from a head-over-heels Dog Mom, and a righteous tale of reciprocal puppy love.

Dog people will enjoy this book (bring tissues!), and those who understand what it’s like to live with depression will want to read it, too. It’s entertaining and, in both cases, will show you that you’re not alone. Now out in paperback, what’s inside “Dog Medicine” is just the right dose.