As the new senior coordinating producer of ESPN College Sports, Lee Fitting oversees production of all of college athletics, from football to the College World Series. It took two decades at ESPN, where he started as an intern for a then-fledging ESPN The Magazine in 1995, to get there. It wasn’t given to him. Then again, nothing ever was.

Growing up in Orient Point, Fitting spent his high school and college summers working 12-hour shifts six days a week at Latham Farms. He picked vegetables, drove tractors and moved irrigation pipes. When he wasn’t at the farm, he was lending a hand at his uncle’s carpentry shop.

“That’s sort of how people were brought up out there,” Fitting said. “It just teaches you the proper work ethic…I couldn’t just skate through.”

During his downtime, Fitting loved to watch sports, and he wanted to find a way to make a living off it. TV seemed like the perfect fit. He went on to major in mass communication at James Madison University, where he used connections to get an internship with ESPN during his junior year. Two months after graduating, he was in Bristol as a temporary production assistant. The hours were long, much like they were at Latham, and at times he started to doubt his career choice.

“There were many times where I started here at ESPN, the first five or six years, when I would think, ‘I’m going to leave. I’ve had enough of this.’ You work 6pm to 3am five to six nights a week, holidays and weekends and you’re not making any money.”

But he kept getting promoted and his colleagues helped him keep his head in the game. 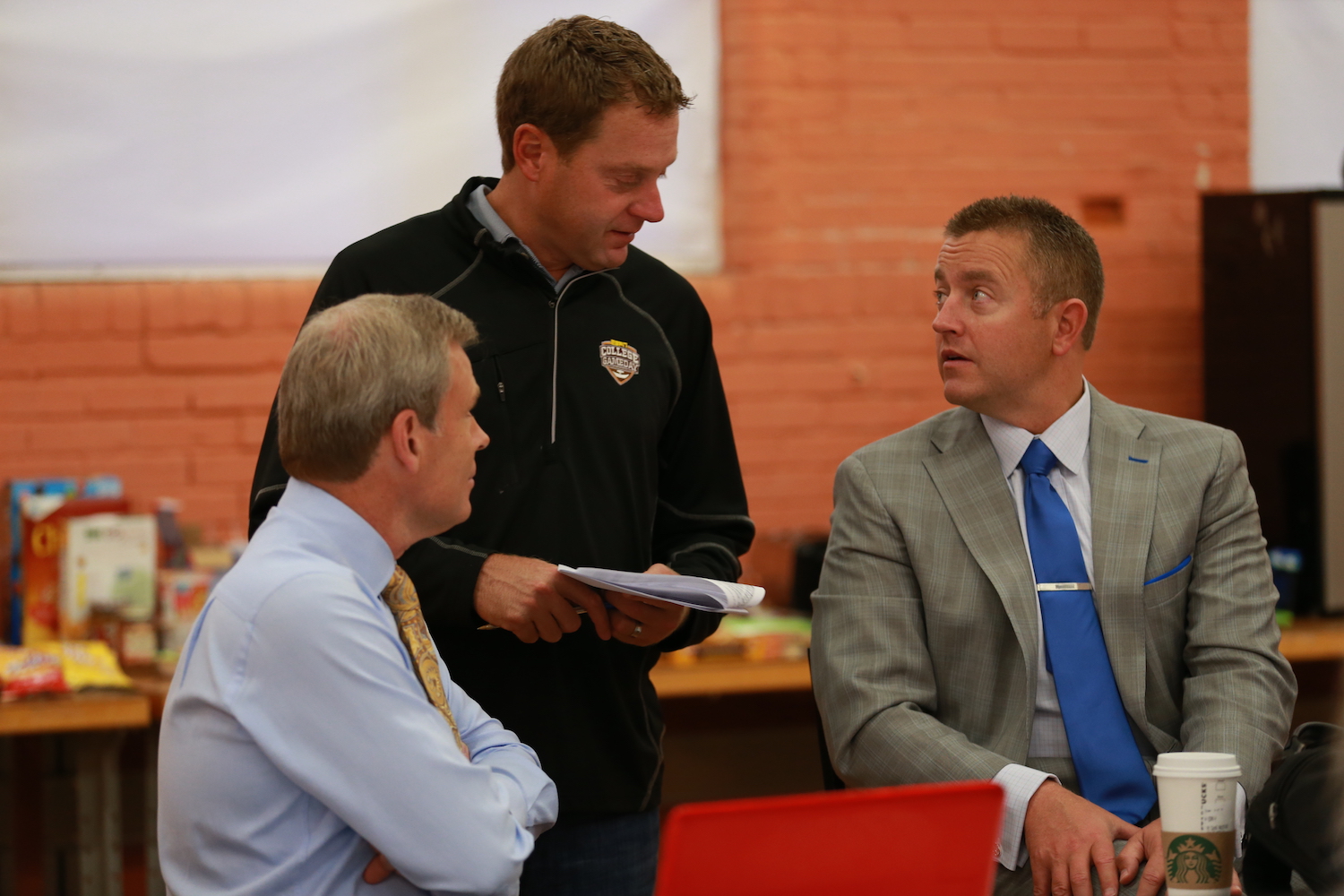 “For many years [what kept me here] were the people, the family atmosphere, everyone chipping in to get the desired result.”

In the process, he found a love for college sports. Orient Point is no South Bend, Indiana or Austin, Texas, where every day is a countdown until football Saturday. But at ESPN, all of the televisions seemed to be turned to college football. When he went to a Florida game at Ben Hill Griffin Stadium, better known as The Swamp, it was game over.

“Once you see a big game in the SEC [Southeastern Conference] there’s no going back. You walk in there with 100,000 people, everyone going crazy, college kids and everyone from 3-years-old all the way up to 93-years old, which is awesome.”

In 2000, he became an associate producer for College GameDay and has worked on the show ever since, helping the program collect four Sports Emmy Awards for Outstanding Studio Show Weekly. Make no mistake about it, his job is still a grind. He hasn’t been home on a Friday night in the fall for more than a decade, but in the end, he knows he’s got it good.

“What else would I rather be doing? In the college sports world, it’s a grind from the middle of August until the beginning of April. In the spring and summer that’s when you get your family time and have a normal life. It kind of works for our family because in September the kids go back to school.”

And after a few months of downtime, he is re-charged and ready to step into big cleats this season.

“I’m humbled to get the position but you’ve got to keep plugging away. There’s no time for celebration, as ridiculous as it sounds, it’s just on we go.”