Judith Dupré knows stately structures. The architectural historian has written books about bridges, churches, monuments and tall buildings. “Skyscrapers,” originally published in 1996 and updated twice, remains a bestseller in its genre. In April, Dupré published her most ambitious work, “One World Trade Center: Biography of the Building.” The owners of the WTC site, Port Authority of New York & New Jersey, gave her exclusive, unfettered access to its property, vendors and archives. The result is a comprehensive and visually remarkable chronicle of the WTC’s redevelopment.

The book explores the many visions vying to rebuild Ground Zero, the designs and engineering of the 1,776-foot-tall One WTC and other major buildings on the 16-acre site, and the 9/11 Memorial & Museum and Transportation Hub. Accompanying photos include historical images and a time-lapse of the reconstruction that employed 25,000 workers and 90 million pounds of steel. Dupré interviewed some 70 individuals involved in the project, including ironworkers, engineers and renowned architects such as Santiago Calatrava. She navigated through a labyrinth of private and public organizations with claims to the site, the on-and-off-again nature of the project and the emotional terrain inherent in each interview. Pulse caught up with Dupré on the eve of the 15th anniversary of September 11 to discuss her new tome. 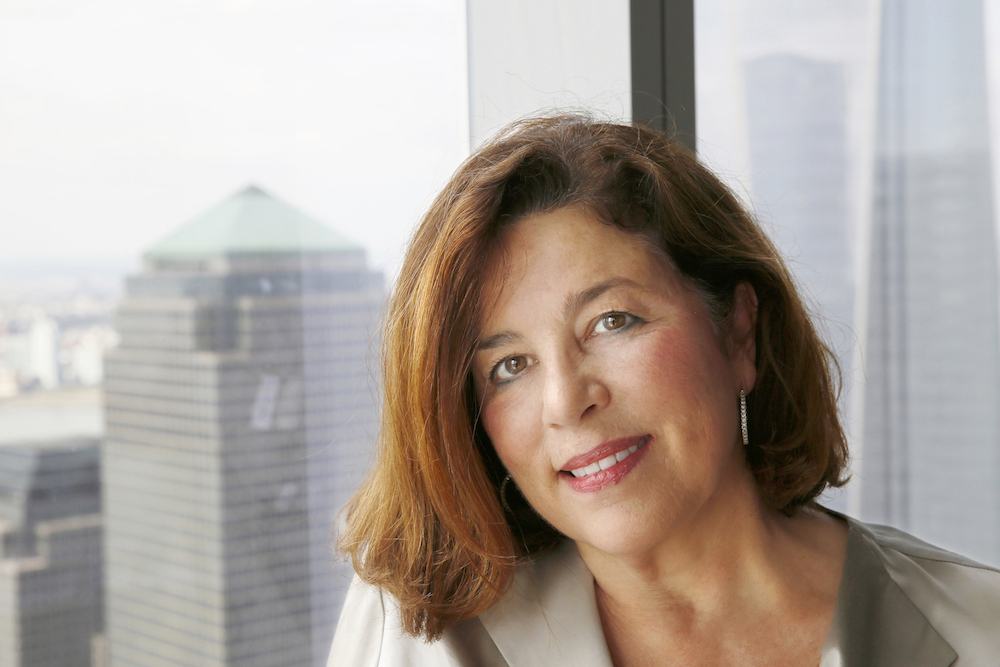 Judith Dupré is the author of One World Trade Center: Biography of the Building, the most comprehensive book on the post-9/11 redevelopment in Lower Manhattan. image: joe woolhead

What was it like to write a book on such a massive, emotionally-charged and controversial redevelopment project?
Exhilarating, challenging and frustrating, and usually some combination of all three. Everyone wanted to tell me the “real story,” and I had to find a way to tie together these valid but varying perspectives into a cohesive narrative. Moreover, I had to construct the story from primary sources, from scratch, without the safety net of earlier scholarship. However, I had a real advantage—interviewing the experts while they actively were working on the project, and not recollecting in hindsight. This was key since memories change over time.

You’ve said many New Yorkers confessed to you that they’re “not supposed to like” the new WTC site, but they do. Why have so many remained closet admirers?
Many architecture critics took a stance on this project way back in 2003, when the Lower Manhattan Development Corporation held a competition to design the site’s master plan and haven’t budged since. That’s a shame because the new buildings are extraordinarily attractive, strong and well constructed. People are voting with their feet, however. The place is wildly popular, and with good reason.

Did anyone you know die in the terrorist attacks?
My husband was part of the terrified crowds that ran from the clouds of debris that engulfed Lower Manhattan on 9/11. He finally got home that day, unlike several of our friends. Although he tried, courageously, to regain his equilibrium, the sense that life was meaningless overtook him and would not let go. He died this past summer, ending his anguish. My family’s loss is one of the million intangible losses suffered on 9/11. A piece of all of us died that day.

One reviewer suggested your book is too celebratory and lacks “villains and philistines.” Your reply?
That was a great article, actually. The reviewer understood the complex story I had taken on and, most probably to avoid writing a review that itself was too celebratory, he had to throw in some negatives. That said, if you’re looking for controversy, you only have to read between the lines, my implications are evident, or read the endnotes, which clearly spell out the numerous, clashing forces that were at play downtown.

What makes One WTC’s concrete core a revolutionary design for New York City?
Tower One is a “core and shell” building, with a central reinforced concrete core that is encased in an outer steel structure. Although concrete-core structures are highly efficient, especially in towers that are tall and slender, they were less frequently used in New York because of union jurisdictional issues, peculiar to the city, which govern the ways that steel and concrete crews work with each other. That changed after 9/11, when so many were trapped inside the Twin Towers, which had exterior load-bearing walls made of steel, with no means of escape. The building team got the unions together and said, “Let’s put this behind us. We’ve got to do it better.” And the unions agreed. One WTC’s protective concrete core contains the tower’s vital systems, including all staircases and elevators.

What criticism of the new WTC do you consider particularly undeserving and why?
One WTC’s design has been criticized for being too staid and for not making enough of a statement. But a splashy design would have been completely inappropriate in the context of this site, where thousands died. The tower appears minimal, but it is not. It is the color of the sky, and over the course of a day, it changes constantly as the light shifts and the weather changes. The more you look at it, the more you see. Its strong, serene presence in the midst of all that’s happening in Lower Manhattan is reassuring.

What inspired the buoyant feeling you once described having at a post-publication party for your book in One WTC?
More than 300 people were at that party–for the first time, everyone who had worked on the towers could gather and celebrate what they had accomplished. I was thrilled, and humbled, that my book made that possible.

What might readers take away from your book that perhaps they may not have expected?
There are more than 300 illustrations in the book that allow readers to explore the complexity of the entire site, a profound collaboration and the largest construction project in recent memory. Cutaway diagrams show the internal workings of One WTC as well as subterranean views of the project, which is a Rubik’s Cube of interdependent structures. An illustrated timeline that tracks construction milestones from 2006 to 2015 features photos from the Port Authority’s archives that have never been published. Four aerial maps show the landmarks that can be seen from One World Observatory at the top of One WTC.