Juan Redlich is from Venado Tuerto, Argentina, but he loves to spend his summers on Long Island. Redlich, who serves as the manager of the Meadowbrook Polo Club and has taken the field at Bethpage Polo Club nearly every Sunday for the past four years, has found a second family in his teammates.

“You spend a lot of time with the grooms and players…talking about horses, how we’re going to work one horse or what we’re going to do this week,” Redlich said. “I made a lot of friends here. I feel at home here because everyone is very friendly.”

Horses are like family to Redlich too. He’s been riding them since he was 7-years-old, when his father worked on a large farm. He and his friends would hop on horses, race them and take them down to the water to wade. He knew from an early age he wanted to work with animals long-term.

Redlich has always enjoyed the journey of training horses, just like he embraced learning to play polo. At 15, he got a late start on his playing career.

“I didn’t know the sport. I got into it, not too late, but most of the people playing polo started when they were kids so when they were [teenagers] they had a lot of tournaments already.”

Redlich was hooked the second he tried the sport and was determined to catch up.

“In life, you don’t do things just to do them. You want to get better, you want to improve.”

Redlich took a year to learn the game, practicing three times per week with his friends and then began playing easy matches with people his age. After about two years, he progressed to playing in competitive matches.

When he turned 18, Redlich spent five months grooming horses in England and Germany. A friend of his helped him get a job as a groomer for White Birch Polo Club, one of the United States’ most successful amateur clubs with more than 30 championship and tournament victories, in Palm Springs. He began practicing with the team and in 2013 they invited him to play in the US Open, which he calls the highlight of his career. 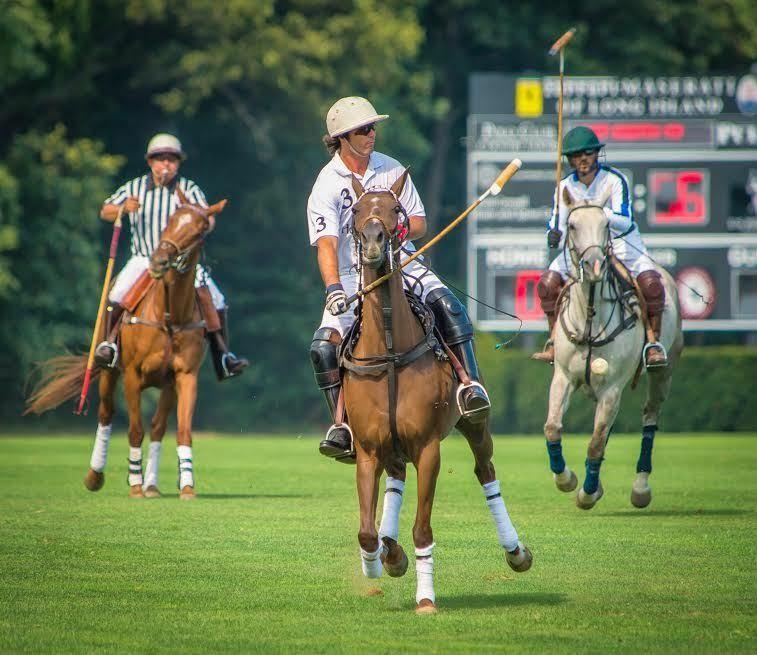 Since White Birch is Greenwich-based, the club spends summers out East. Redlich competed at Bridgehampton Polo Club and Southampton Polo Club. For the past four years he’s been one of the players to suit up for a variety of teams for exhibition matches on Sundays at Bethpage Polo Club, one of his favorite places to play.

“It’s a lot of fun. The level of the field is great. The ball is rolling and you never miss it. Everyone keeps the ball and everyone has fun, whether it’s a low-goal or high-goal.”

This year, Redlich was named manager of nearby Meadowbrook Polo Club, where he schedules practices and matches. Now well-regarded in the polo community, he’s been able to ease into the role, even as scheduling conflicts arise.

“It’s like a huge family…You make jokes, learn how to fix problems and at the end of the day it feels great.”

Redlich’s immediate family, including his 7-year-old son, has been out to see him play this summer, but it hasn’t added any extra pressure.

“I think when you play polo you’re focused on the game, you get into the game and you don’t know what’s going on outside. I really want to win and do my best.”

See why Redlich fell in love with the sport of kings when Pulse hosts Picnic & Polo Sept. 18 at Bethpage Polo Club.