There are few tunes that scream “’70s!” as loudly as Foghat’s boogie rock classic, “Slow Ride.” However, the band (who originally hailed from London) quietly became one of the decade’s most successful—racking up eight gold records with tracks that remain classic rock radio staples (“Fool for the City” and “I Just Want to Make Love to You”). And through it all, Foghat’s drummer has been Roger Earl, who chatted with Pulse about the group’s latest album, Under the Influence, as well as the story behind their aforementioned top tune.

Let’s start with the new Foghat album, Under the Influence.
We started making this record about three years ago—in a studio down in Deland, Florida, called Boogie Motel South. We’d go down there between January and the end of March. Bryan [Bassett], our lead and slide guitar player, does everything—he is the producer and the engineer. It seemed like it was maybe time to give him a chance to just be the musician. So about four years ago, I was a presenter at the Blues Music Awards, and I presented Buddy Guy with three awards—Best Album, Best Engineer and Best Producer. The producer was Tom Hambridge, and later on that evening, I met Tom back at the hotel bar, and Tom told me that he was a big fan of Foghat and would love to produce us one day. So we talked, and said, “Why don’t you come down to the studio in Florida?” He came down, worked on some songs and it worked. What really clicked for me was the fact that it was like having a fifth member in the band. And then we spent a week in Nashville—finalizing the album and finishing five or six songs, and we had some guests. It was a lot of fun making this record. 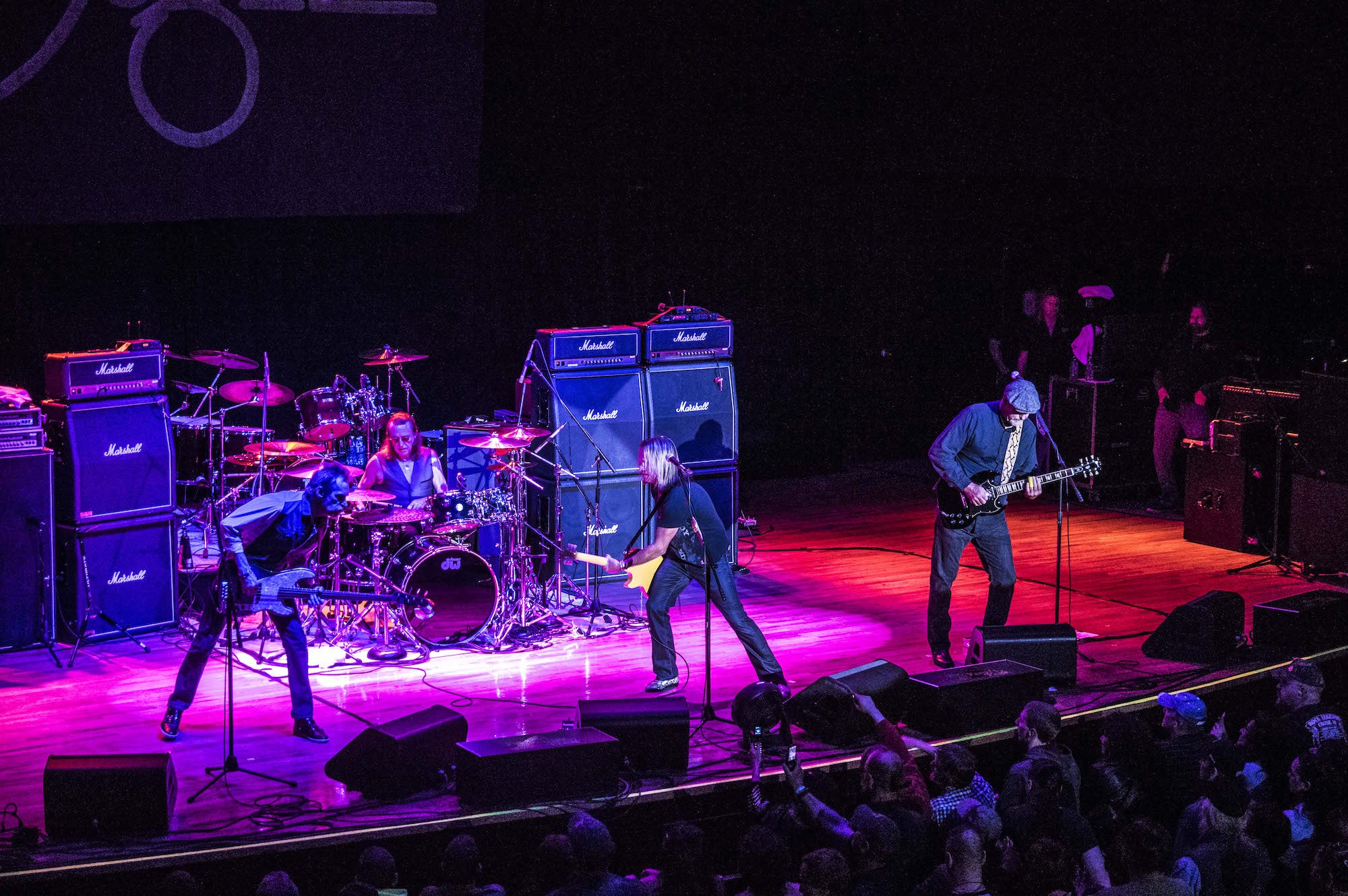 How would you say this album compares to Foghat’s ‘70s classics?
I think it compares rather well. What I really like about this album is all the songs stand on their own—they all have a different feel and attitude. The record itself is like that. It doesn’t sound like it was all done at the same time and the same place. Sometimes, it can get just a little “one way.” It’s like the title, Under the Influence; it’s influenced by all the music that influences us—jazz, blues and rock n’ roll.

When “Slow Ride” was first recorded, did you know it was a special song?
Yeah, actually. We recorded the Fool for the City album up in Sharon, Vermont. We took about two or three months off the road, and we were doing really well. We wanted to put the time in and get it right. Nick Jameson, who was the bass player and producer of that album, was up there [with us] mixing two of the songs—one of them was “Slow Ride,” and what was eventually the b-side of the single, “Save Your Loving (For Me).” After we mixed it, we drove back down to Bearsville Records, and went in to see the head of Bearsville, Paul Fishkin, and said, “This is our next single.” Initially, there were some copies that went out, and the DJ’s would have to fade it out, but later we acquiesced, and Nick edited it down to four-and-a-half minutes. I love playing the song—I play it every night, and we just did another version on our new album.

Although you’re originally from England, you’re a long-time Long Island resident.
Yes, I’m an Islander! I love it here. I moved here in ’73, and the first time I came here was ‘68/’69. I was in Savoy Brown, and I met who became our future manager, Tony Outeda. We were talking, and I said I really like to fish, and he said, “You have to come out to Long Island and fish out there.” I came out about a week later, stayed at his parents’ house and was introduced to bluefish.

Foghat will be performing at BB King’s Blues Club on Sept. 21.