College campuses are bustling once again. About 20.5 million students nationwide will attend American colleges and universities this fall. For new students especially, the start of the school year presents unanswered questions: Will I like my classes? Will I make friends? What if I get lost? What if I fail?

Now multiply that by 100 and you have an idea what it’s like for a college student on the autism spectrum, said Naomi Angoff Chedd, LMHC, L-BCBA of the Child and Adolescent Out-Patient Psychiatry Department, Center for Autism Spectrum Disorders at Stony Brook University. As a therapist, she has more than 20 years of experience working with people on the spectrum in both public and private sectors. “[It’s] hard under the best of circumstances. If you’re a child with autism who doesn’t pick up on the social cues or process language as fast or don’t understand the instructions, that can cause a lot of anxiety,” Chedd said.

Although clear statistics on the number of college students on the spectrum are hard to come by, a 2008 study published in the Journal of Autism and Developmental Disorders estimates they compose 1-2 percent of the nation’s college population.

Cristopher Greco, a senior communications major at Adelphi University, is one of them. Today, Cristopher is an active member of the Adelphi community. He is a peer mentor, has held an internship at Public Access Television in Lake Success over the summer and frequently attends meetings and social events for the Bridges to Adelphi program, which offers services for students on the spectrum. It’s a turnaround from his freshman year.

“When I look back at the beginning of my freshman year, I was kind of socially withdrawn and I was a perfectionist,” Cristopher said. “Through working with Mitch [Nagler, the program’s director], I learned to stop being so hard on myself when it comes to schoolwork and to learn how to balance a proper work schedule. And if I’m not doing as well as I want, to find a way to get myself up to standards again.”

Cristopher is used to staring down his challenges. As a child on the spectrum, he dealt with bullying and difficulties developing socially. He was limited in his college search because he does not drive and wanted to stay close to home. Still, a post-secondary education was always on his radar.  Cristopher was an honor-roll student at Floral Park Memorial High School and looked forward to attending a place where he could find a niche and make friends.

“My biggest problem in high school was I didn’t really have any friends,” he said. “My parents would tell me, ‘When you get to college, you’ll meet people that are willing to talk to you, people who you’ll develop more meaningful relationships with.’ Mitch sold me on this idea of a school with a very broad community and a lot of people I could interact with frequently.”

It makes it all the more important to work with the child on planning for success from the onset. 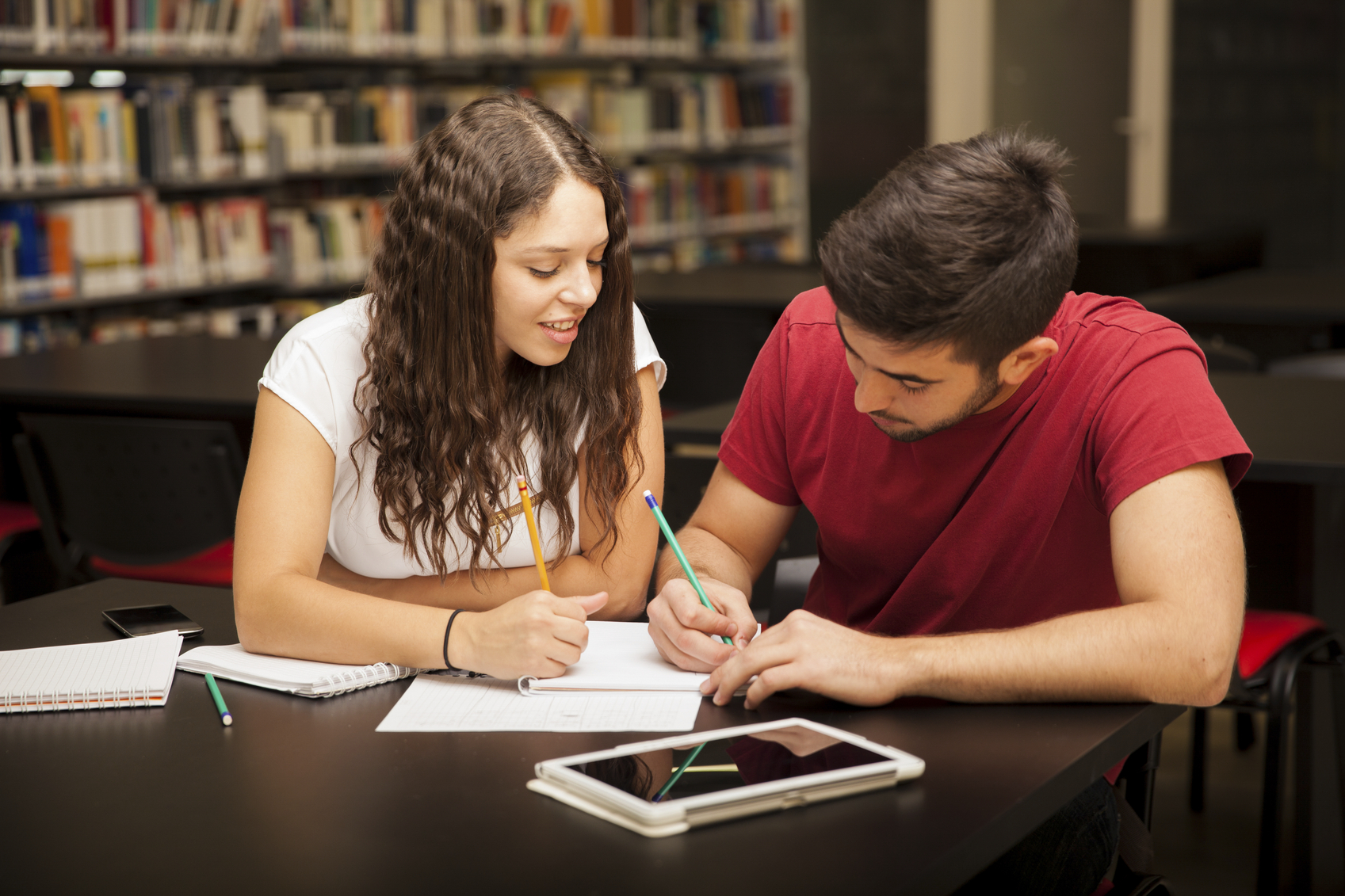 By the time students on the spectrum turn 16, the Individuals with Disabilities Act (IDEA), a federal law, requires schools to work with them and their parents to develop a transition plan. It identifies strengths, abilities and interests and tries to translate those into skills or areas of study that can lead to employment. Though college and the real world may be the last thing any young teenager wants to talk about, this is a crucial step on the road to success after high school.

“They’re probably thinking about playing Pokémon Go, but…you want to identify where this child could be most successful, in what kind of environment and what kind of work,” Chedd said.

As with any child, there’s no cookie-cutter way to determine whether a four-year or two-year school—or going straight into the workforce—is the best plan. Lisa Goring, EVP of Programs and Services of Autism Speaks, said parents can get a good idea based on how the child performed academically and socially in high school. If s/he has the desire, grades and test scores to attend post-secondary school, Goring believes it’s important to look into the support services available through the college’s Office of Students with Disabilities.

IDEA requires high schools to give students with disabilities accommodations like extra time on tests but the act does not apply to colleges. Any school that receives federal funding is still mandated to provide these protections under Section 504 of the Rehabilitation Act but the services must be requested. Many post-secondary schools have an Office of Students with Disabilities, which provides tutors, note takers, advocacy and career counselors to set the stage for success after they turn their tassel. Schools like Adelphi have special programs for students on the spectrum that provide these services in addition to events, which were a major draw to Cristopher, who chose the school over Pace in part because of the opportunities to grow socially.

“They’re part of the university community,” Nagler added. “They’re involved in all the community service, clubs, jobs. One of the former students in the Bridges program created the mobile app for the university because we got him a job in IT.”

Getting Over the Bumps

As beneficial as these services can be, getting students to take advantage of them can be the biggest hurdle.

“Most kids, especially very smart kids with autism or Aspergers, they don’t want to belong to that club,” Chedd said. “They don’t want to go to that disability office and say, ‘I have special needs.’ teaching them that it’s a strength to reach out for help is a really important lesson.”

Empowering students from an early age can help them feel comfortable reaching out for help in college. Once during each academic year, schools are required by federal statute to hold Individual Education Program (IEP) meetings with a disabled child’s teachers, therapists, parents and school administrators to strategize an educational program. The process begins as soon as a child is determined to have a disability that will impact educational development. Goring suggested that keeping the children involved in the process and letting them pick their electives as early as middle school also helps them to advocate for themselves.

Cristopher’s family allowed him to be a part of the IEP meetings and also let him decide whether or not he wanted to go to a special needs high school or a public one. He chose the public high school, which likely came with more bullying, but everyone agreed it would help him learn how to deal with stressful situations in the long run. Being able to make the choice also gave him a sense of independence.

“He felt like he was part of the process, not just that he was the subject,” said his mother, Michele. “He has to be an active decision-maker in his life.”

When any student turns 18 or enters post-secondary school, s/he takes on more responsibility. Under the Family Educational Rights and Privacy Act (FERPA), parents no longer have legal rights to access their child’s educational records unless the student signs a waiver. Professors and supervisors also aren’t able to share information—good, bad or otherwise—even if it includes troubles with time management and social difficulties. People on the spectrum often lack executive functioning skills like decision making, reasoning and prioritizing. Through an active support system that starts early on, roleplaying and recitation can teach problem-solving skills.

To help when the safety net is removed, Chedd recommended asking students what they would do in certain situations, like power outages or being in a dorm they don’t like, and walking around campus with them to find classes more easily. In Cristopher’s case, his family had him go into the Office of Student Services on every campus they looked at to ask for help.

“That was one piece of advice we got from someone, ‘You have to be able to walk into the Office of Special Services and feel like they’re going to help him and not treat him like a burden,’” Michele said.

If there are situations the student simply won’t be able to handle, such as a large lecture, figure out ways around it. “Maybe you can take that class in a smaller setting or at another college where they’re only teaching 10 kids instead of 300-400 kids,” Chedd said.

Cristopher admitted that while he works hard, he can be a bit of a procrastinator but the staff at Bridges helped him learn to prioritize his time. He also hit a bump when he started an on-campus job at the Performing Arts Center. “The biggest problem I had was I got a lot of criticism from patrons that I was coming off as forceful even though I didn’t really mean to,” he recalled. “In a way I became more aware that the way I present myself can affect how people see me.”

Cristopher later used those skills at an internship with Public Access Television, where he worked with staff and other interns to edit, shoot and produce segments for the station. When his supervisor sent him notes to fix parts of a segment he was producing on technology tips, he didn’t take it personally. Instead, he embraced the journey.

The progress wasn’t lost on his father, Tom.

“I think taking criticism is the biggest way he grew,” Tom said. “In the beginning, he took every kind of criticism personally, now he sees it as ‘everybody’s got to grow.’”

Like many seniors, Cristopher isn’t completely sure what he wants to do after he graduates, though he plans to continue to volunteer at Public Access Television this year and has been offered a social media internship with Bridges. He’s spoken to his parents about going for a Master’s degree at Adelphi and one day getting a job in communications, media or film. Other autistic students find success in technology and there are employers, including some on Long Island, who are beginning to see the ability in disability.

“Autism isn’t an excuse,” said Michele. “[Cristopher learned to think], ‘It stinks [I] have this disability but it’s not going to stop me and I’m just going to continue on.’ It’s harder for him than the typical neurological person but this is the hand we’re dealt. Him learning to deal with that has also been huge.”