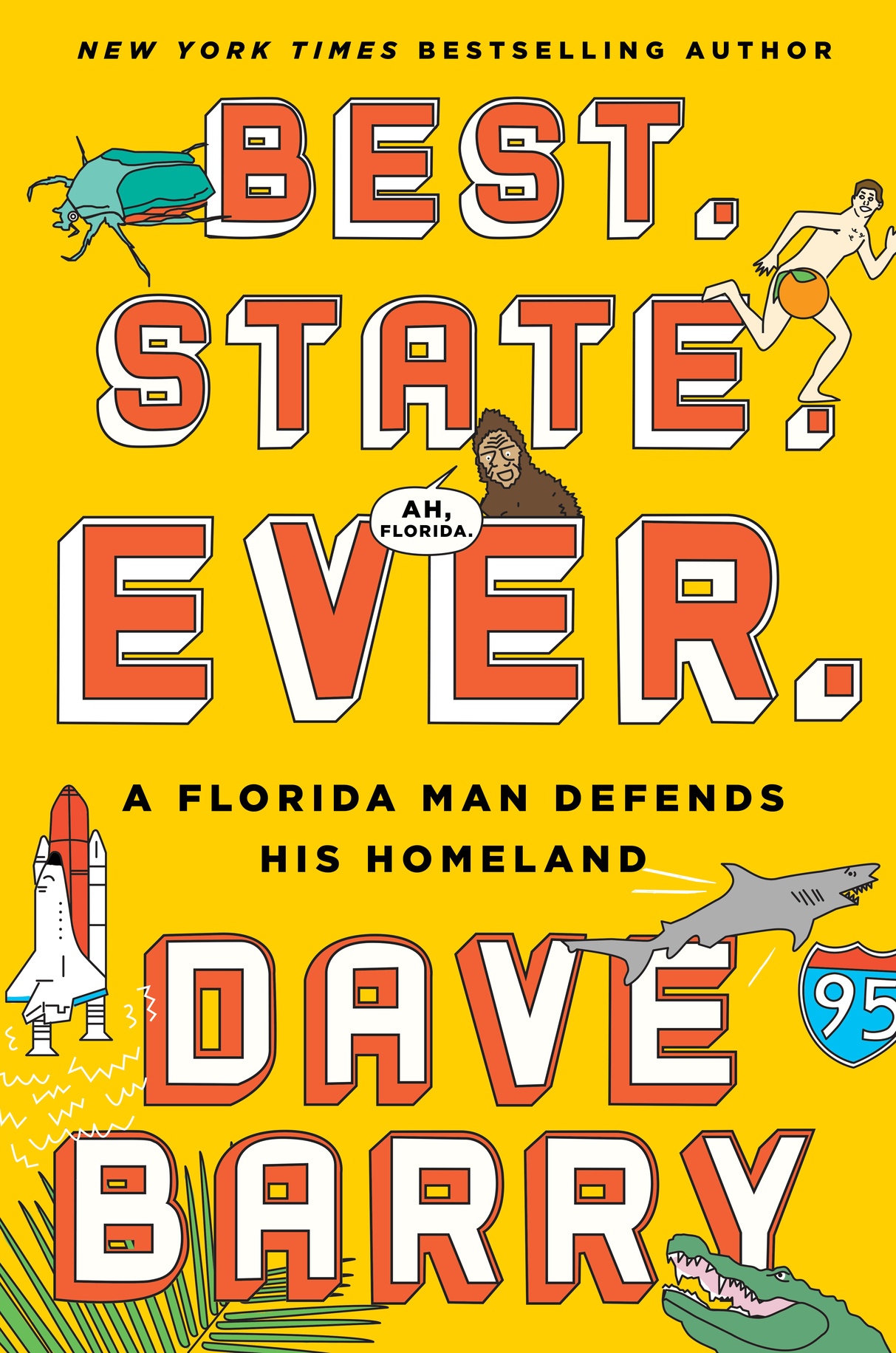 Oh, how you need a vacation.

Sure, you’ve already had one but aren’t they always too short? Plus, your list of Things To Do was so long that you never really felt like you vacated any part of normal life. So next year, get serious about fun with the new book “Best. State. Ever.” Author Dave Barry has some great ideas for you.

As someone who’s lived in there for years and years, Dave Barry gets calls all the time from people who want to know about Florida. Mostly, he says, they want to know “What the…is wrong with Florida?”

Nothing, says Barry. And other states shouldn’t be pointing fingers, either. Look at Illinois, for example. California. Or New Jersey.

But noooo, he says, even “Mississippi is laughing” though there’s a scientific reason for why there are “stupid people” in Florida. It’s because “people come down here all the time” and “the stupid ones can’t figure out how to” leave. Furthermore, “The Stupid Factor” and the random “Weirdness Factor” both, um, factor in. And yet, “people keep coming here,” maybe because, says Barry, the weather is appealing, taxes aren’t too high, “the women are amazing,” and “it’s not boring.”

Really, it never was.

Barry says “The first humans arrived in Florida twenty thousand years ago… in search of Spring Break,” a restless quest that sometimes led to war – for about fifteen minutes, “because of the humidity.” Today, Florida is “a modern and dynamic state… except during presidential elections.”

It’s home to the Skunk Ape, for which Barry went in search. He didn’t see the creature but he bought his wife a Skunk Ape t-shirt because “The ladies love a romantic gesture.” It’s home to mermaids and a charming place where “the fifties never ended…” It features pink dinosaurs, a sponge museum, a town filled with psychics, a dancing senior village, a machine gun shop, Key West, and alligators. Lots of alligators.

“I love this crazy state,” says Barry, and “now, having traveled around… I love it even more.”

Here’s a little something to remember for your next vacation: travel guides don’t have to contain maps or websites, and they don’t have to be serious. Take a look at “Best. State. Ever.” and you’ll see that a good travel guide can actually be funny.

And yet, this book isn’t really a travel guide. It’s true that author Dave Barry darts from here to there to report on Florida sites you can visit, but you won’t find stuffy museums or anyone famous in this book. Instead, you’ll read about the kind of places and people you’d encounter on a whim, or on a beer-fueled Friends-Only Weekend (which, not-so-coincidentally, is what one of Barry’s chapters is about). You’ll also find a love letter to a state full of “weird” people.

Did I mention that you’ll laugh? Yeah, you’ll do that, too, because it’s Dave Barry, for heaven’s sake – and like his other books, once you start “Best. State. Ever.” you’ll have a hard time vacating your seat.