When my family decided to plan a trip to Italy to visit friends and relatives this past August, gelato was one of the first things on my mind. I wanted to eat it every day for 10 days and write about it. The shops, the different flavors and textures and cones and…I let my mind go crazy. In addition to the memory of meeting the Pope (seriously) and thousands of photos, I brought back tips on how to have the best gelato-eating experience in Italy.

Related Content: 5 Little Pie Shops You Should Try on the North Fork

I purposefully didn’t do research before the trip. I wanted to find secret places by accident and take recommendations from residents to give people a little bit more than a list of the most popular gelaterias in each city. It seemed like a good idea at first, but then time started flying and it was only day one. If your trip is short, as mine was, and you have tours planned, research restaurants and gelaterias before you leave. Do some homework on hours of operation — businesses close at times we’re not accustomed to in the states.

On our second day in Florence, we met Emma, a tour guide who knew pretty much all there was to know about the art and history of the city. Turns out, she knew a bit about gelato, too.

She told me to avoid shops that store their product in the freezers that are visible from the street. The swirls of ice cream look pretty but are not fresh. Great gelato is in the small shops with the modest signs that don’t need flashy freezers to draw in customers. She took us to Gelateria Dei Neri, a small but crowded shop where I ordered coconut gelato served to me from an unassuming tub.

This was my first real taste of gelato. It was soft, had fresh chunks of fruit blended into it and didn’t resemble ice cream I’ve had in New York. 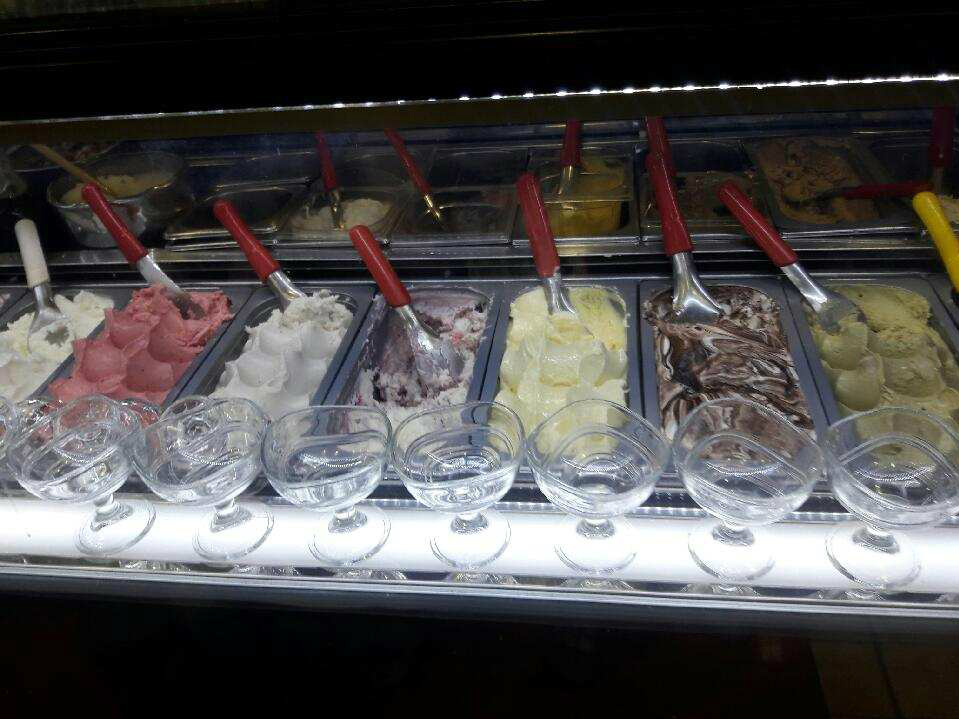 In Rome, family and friends were around to recommend gelaterias. We opted for Café Du Parc at the Piazza di Porta San Paolo for cremolata, an entirely new culinary experience.

In the US, cremolata is sometimes listed as a flavor on crème ice menus. In Italy, it’s a category of dessert on its own. Cremolata is a water-based ice that is softer than what is found in the States. Most of the flavors were made with fresh fruit. I chose pineapple with a scoop of whipped cream. It was refreshing, even though it is not peak season. As a general rule, taste flavors that are made with fruit that’s in season to get the most out of your experience.

Venchi is a combination gelateria/chocolate shop chain founded in Italy, now with stores all over the world (including Eataly’s 5th Avenue and World Trade Center locations in Manhattan). Before I knew this, I visited the one at Via delgi Orfani, near the Pantheon in Rome. Naturally, many of the flavors are chocolate-based. I had a cone with a scoop of Cremino (chocolate ice cream mixed with a hazelnut paste called gianduja) and Brutto & Bouno (milk chocolate with whole hazelnuts). It was naturally but not overwhelmingly sweet. Combined with the nuttiness of the hazelnut, it was the perfect marriage on my taste buds.

Anywhere you go, don’t be afraid to combine flavors. Portions are smaller overseas and there is a bigger variety to choose from. Ask how many scoops will fit into whatever the cup or cone size and pick wisely. Pay for your cup first so there is no pressure to decide. Tasting is always allowed and even where gelato is concerned, throwing random scoops together in a rush tastes like a mess. Trust me.

Tell us: Where do you go for the best gelato in the world?