Football season has finally started, the baseball post-season is about to get under way and NBA and NHL will soon follow. It’s the perfect time to consider where to go to chill with friends for great food, brews and access to the game of your choice. Here’s a selection of seven places across the Island that do the trick. 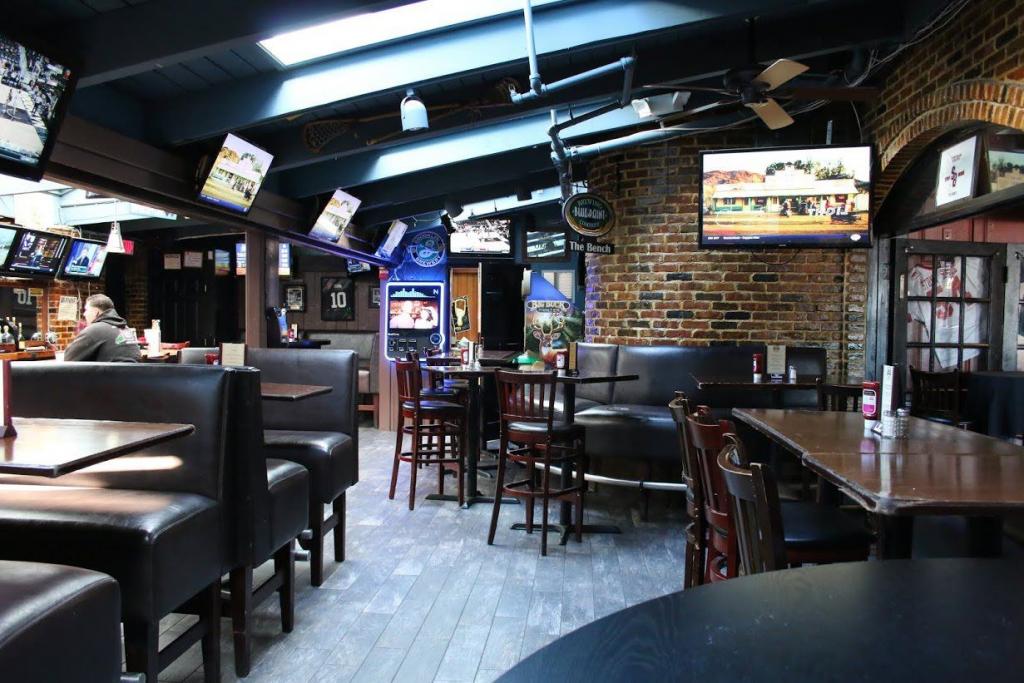 The Bench is the seat of the action for sports fans around Stony Brook. image: thebenchbar.com

Across the street from the Long Island Rail Road station in the heart of Stony Brook Seawolves country, The Bench serves up $5 appetizers, $5 wing buckets, $10 wing baskets on NFL game days and has 16 beers on tap. Jerseys and memorabilia are on display around the bar, with 48 TV screens keeping tabs on all sorts of games. On the menu, in addition to the Bench wings and burgers, you’ll want to give the shrimp and bacon po’ boy a try. Go.

Game-day food, drink specials and 40 50-inch flat-panel HD TVs make this a go-to place for locals. A covered patio bar, with another three TVs and a couple of couches, is open every Thursday and Sunday for football games. Changing Times also has locations in East Northport and Farmingdale. Go. 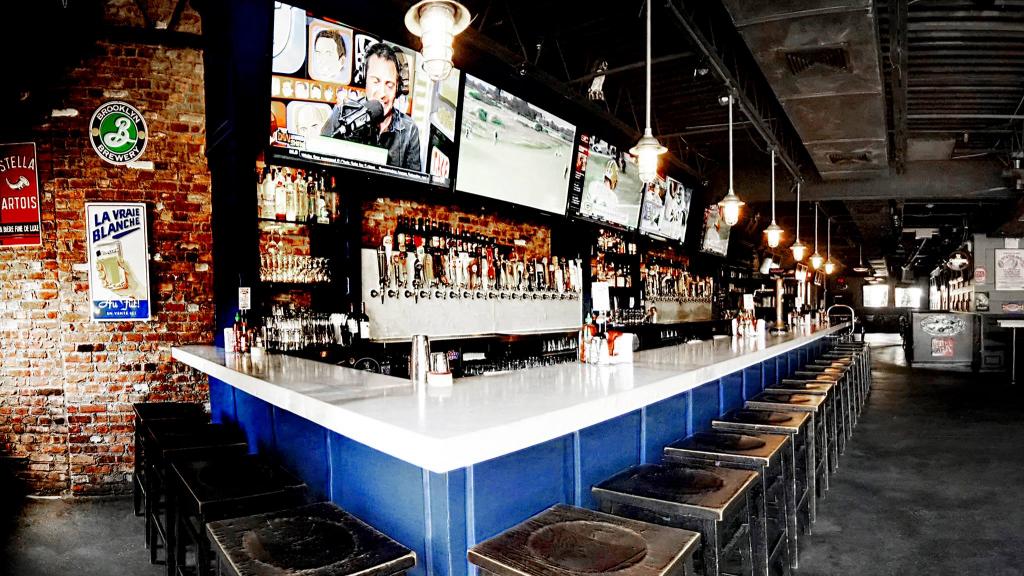 Craft beer pioneer Croxley has plenty of screens and seating to catch a game. image: facebook.com_croxleyalehousefarmingdale

One of six Croxley’s locations, this spot, on the corner of Main and Front streets next to the railroad tracks, has a new outdoor beer garden with a retractable roof that’s open to the public during big games. A craft beer pioneer, the bar has 69 beers on tap and 40 TVs. Another 15 TVs are outside. On game days, the bar offers 30-cent wing specials, and on Thursdays, it has a “Blitz Sweepstake,” in which one open-bar opportunity is raffled off at halftime. Go.

Digger O’Dells was relaunched in 2005 by husband and wife team Stephen & Chéri Wirth as Digger’s Ales N’ Eats. The 6,500-square-foot location in downtown Riverhead has a rotating selection of 16 beers on tap and 16 TVs. It’s what hometown is all about. Go. 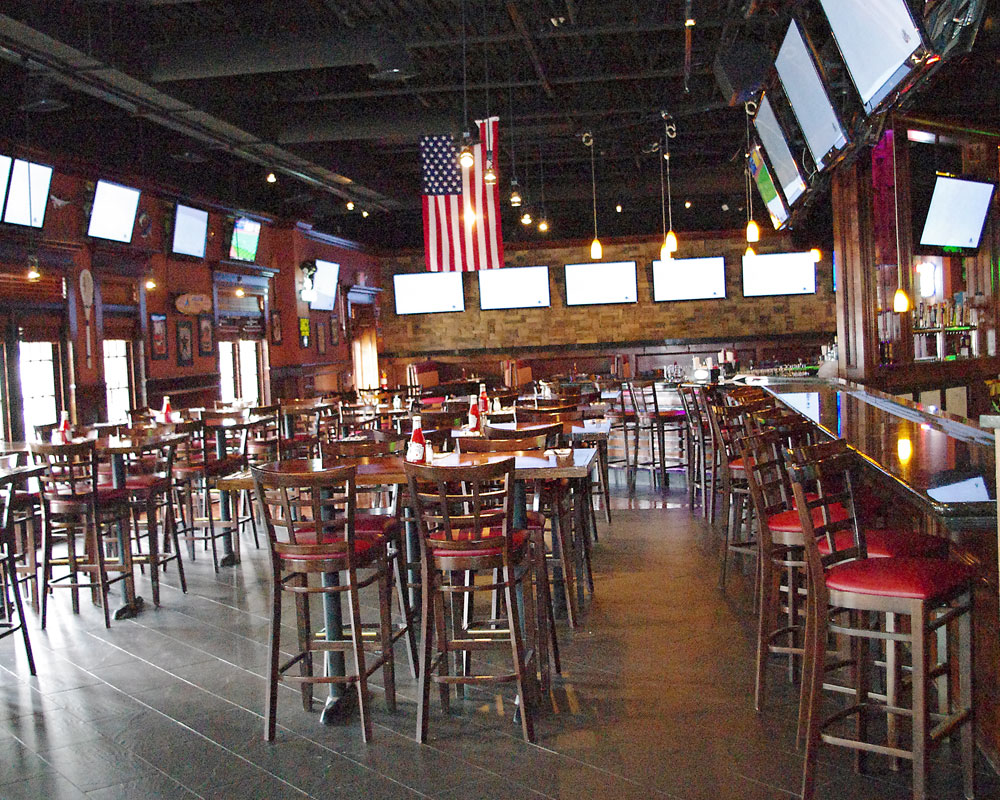 The Main Event in Farmingdale is a big space with a big following. image: the maineventny.com

Access to all your college and pro games via DirecTV packages and more than 80 TVs allows this sprawling 10,000-square-foot venue to accommodate groups large and small. Plus, it’s known for its fresh seafood and black angus steaks. The family-run operation also has a location in Plainview. Go. 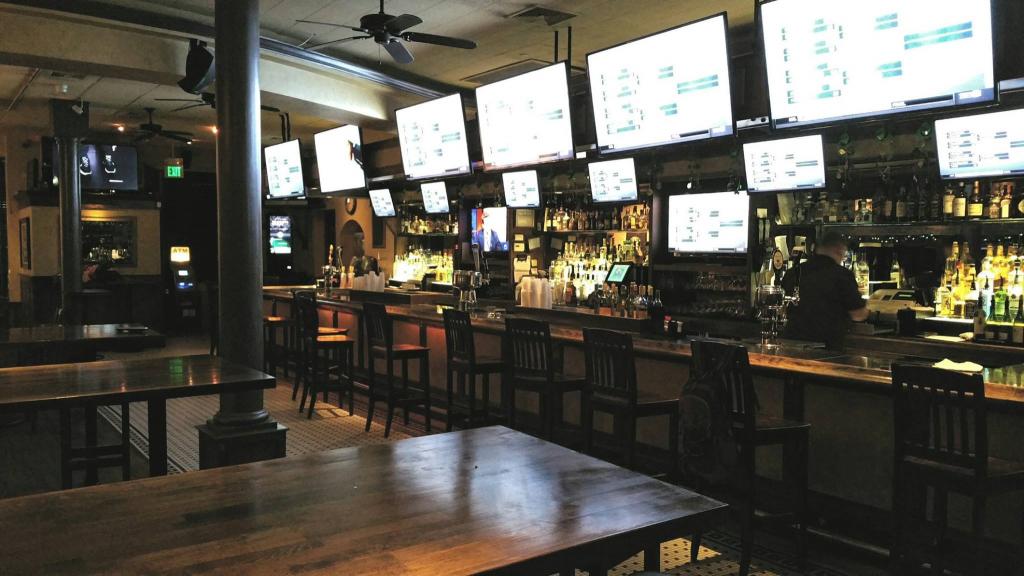 RJ’s recently amped up its game with new high-top seating and nine new TVs with great views of the games from all tables. The outside bar was also rebuilt. Go.

Do you have a favorite place for the big game? Please tell us using #lipulse on Twitter.