Sports fans and lovers of massive hot pretzels have a new clubhouse. Arooga’s Grille House & Sports Bar, a popular Pennsylvania franchise, opened its first New York location at Long Island’s coveted “Four Corners” intersection. The 7,450-square-foot restaurant has more than 100 televisions, including one at every booth ensuring groups of friends split between the Giants and the Jets don’t have to fight over the remote. What they may fight over is who gets the last bite of these five essential food and drink options.

Related Content: Where to Find Great Wings on Long Island 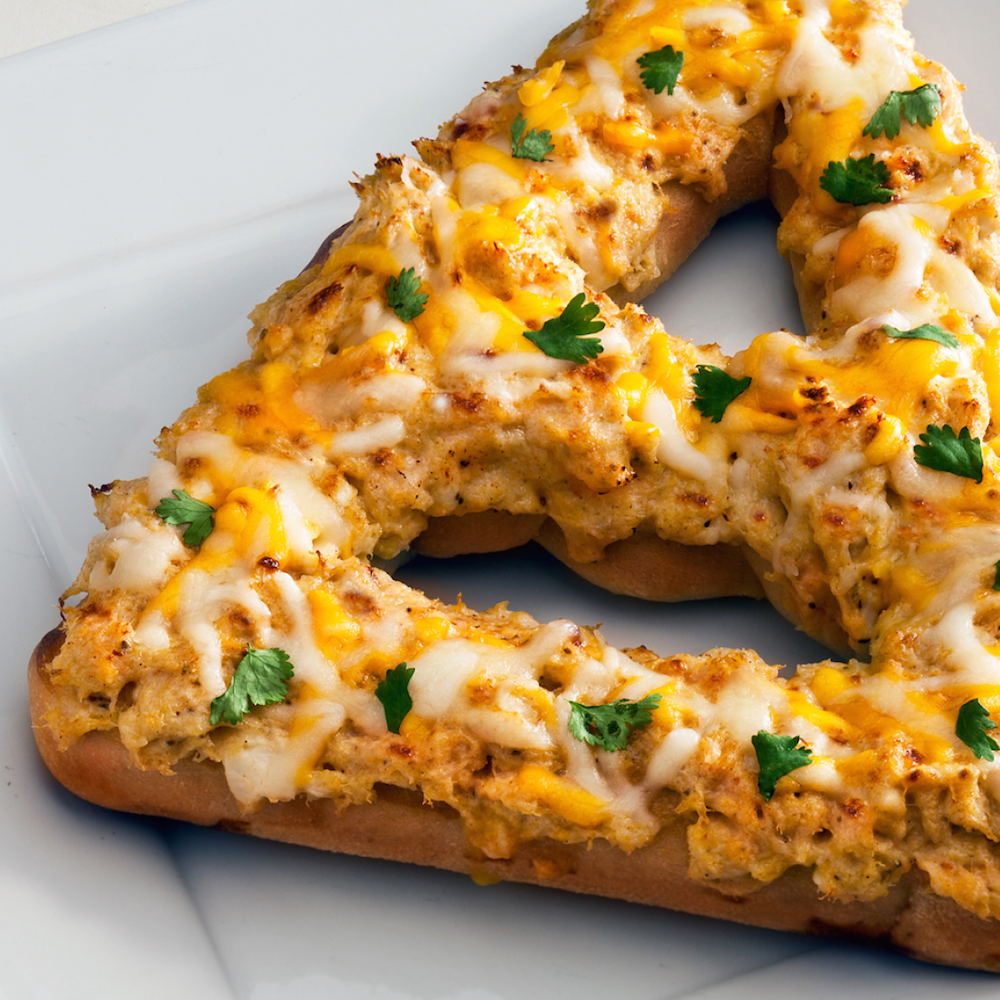 Arooga’s upped the ante on those cheesy jumbo pretzels that are a favorite at stadiums around the country. A gigantic pretzel made for sharing with at least four people is topped with crab meat dip made in-house and a mozzarella-cheddar mix. The result is a gooey-salty appetizer so good that, come to think of it, you won’t want to split. 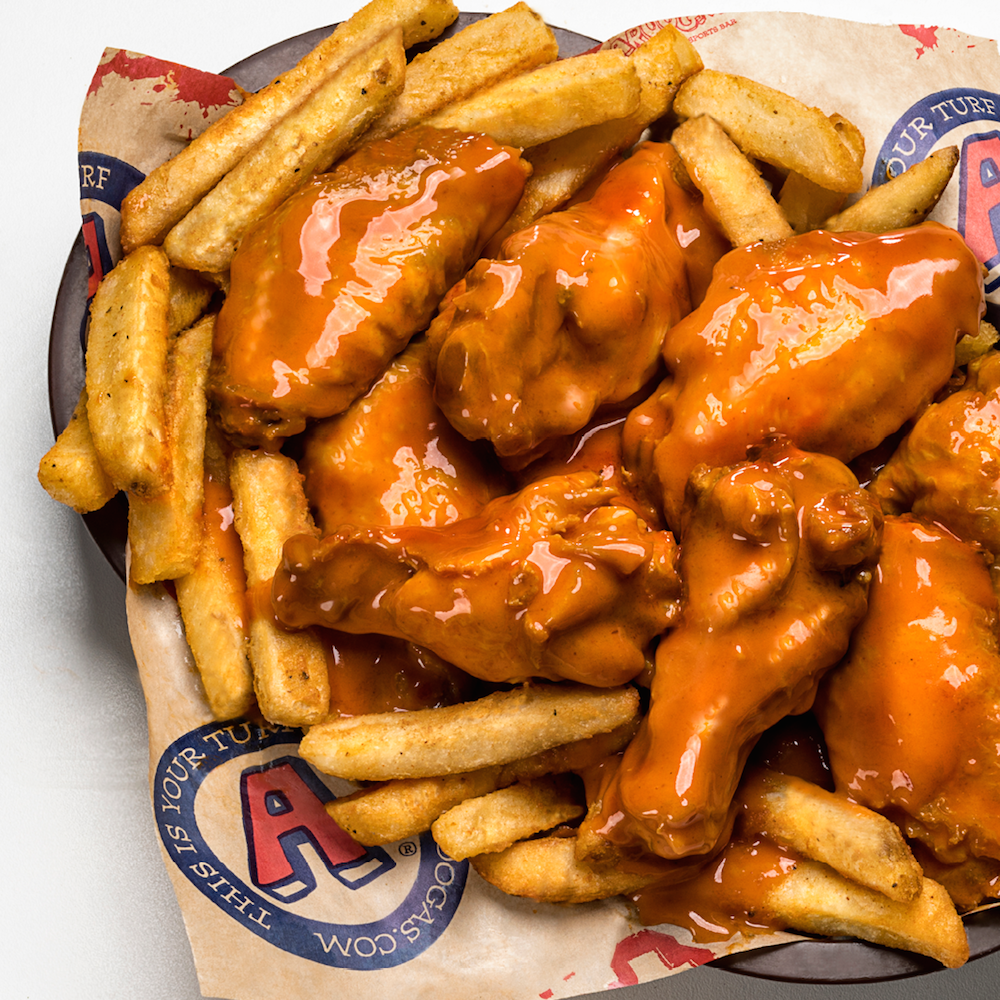 People came in droves to Arooga’s grand opening in August for a chance to receive free wings for a year. Perhaps they heard the franchise was a five-time buffalo wing fest winner. Arooga’s offers guests three styles: original, boneless and a baked option. “It’s unbreaded and baked instead of fried,” said Alex Swade, floating manager and member of the franchise opening team. “It’s a healthier version for those who still want to get their wing on but watch the calories as well.” Dip ‘em in one of the more than two dozen sauces, including the ghost face killa, which is made with chilies so hot the option comes with a warning: consumption may cause hallucinations. 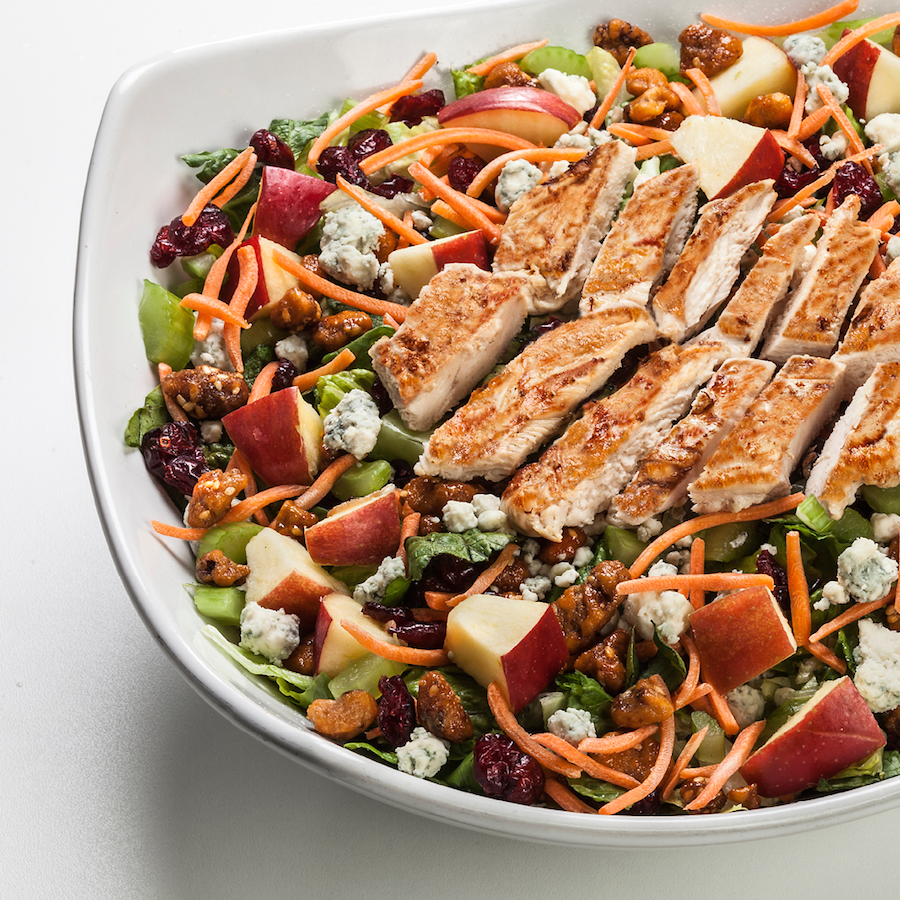 For those who went hard on the wings and burgers on college football Saturday, a salad can be a much-needed change on Sunday. Fresh apples, blue cheese crumbles and glazed walnuts make this salad seasonally sweet. It’s served with a blue cheese vinaigrette that brings out the dish’s zesty-tangy flavors. 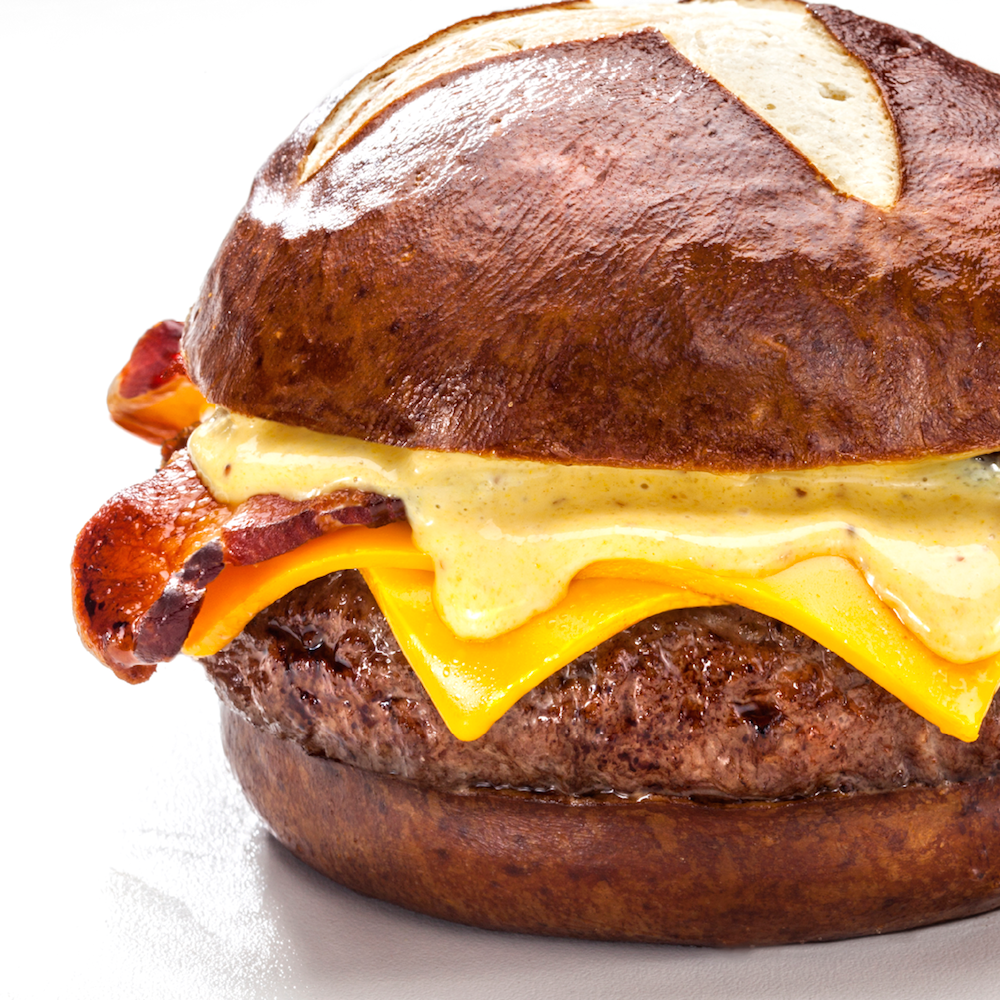 Forget a basic patty with cheese on a brioche bun. Step up your burger game with the pretzel bacon burger. Arooga’s tops a Wagyu beef patty with two slices of applewood smoked bacon and honey mustard and sandwiches them in between a pretzel roll. Unlike the usual brioche bun, these rolls are sweet. “It really comes through and complements the honey mustard and burger.” 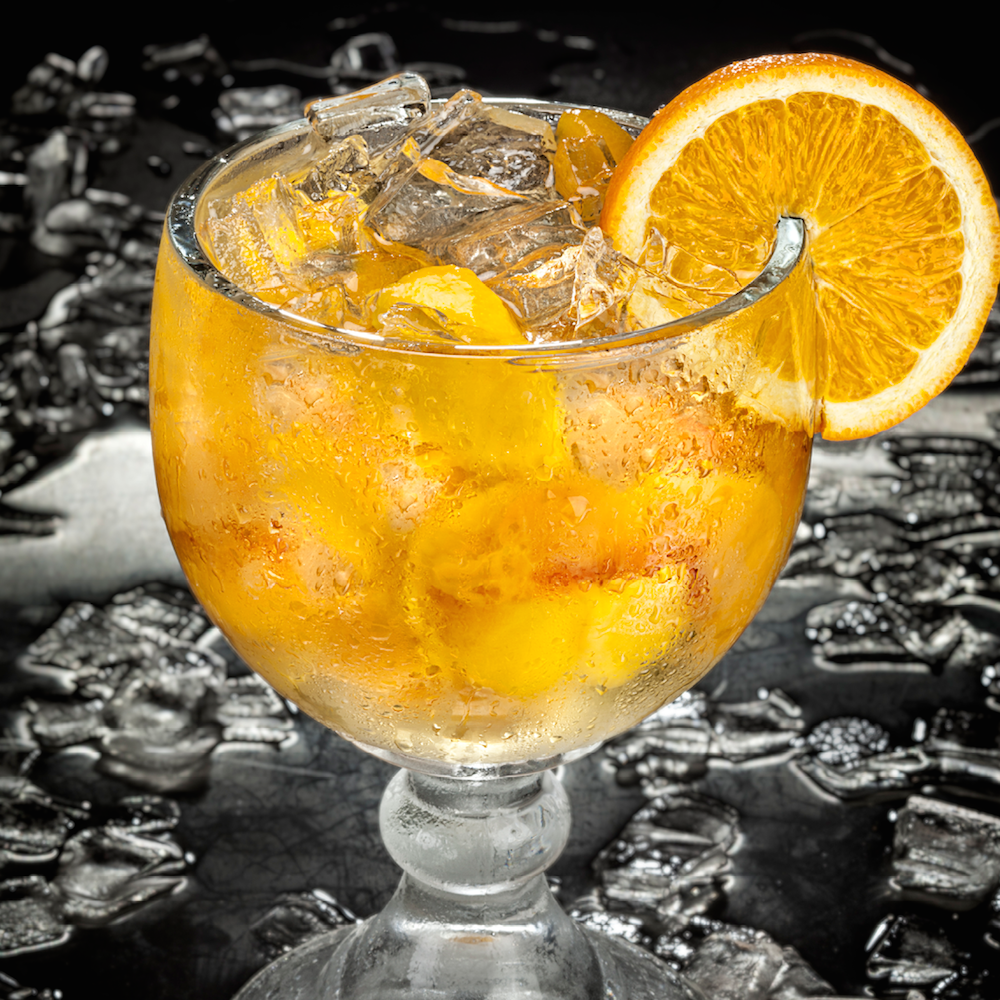 Warm weather sippers are good until the last drop. Exhibit A: The Mango-Peach Sangria, the early-season MVP of Arooga’s cocktail menu. Swade suspects this is because people are savoring every bit of Long Island summers. The drink is infused with Bacardi mango rum and mixed with house wine. “It’s a delicious drink on a warm day.”