For artists, windows have long served as central points. Think Johannes Vermeer’s 17th Century The Milkmaid, where light coming through a window draws viewers toward the woman and the details of her room. Despite their frequent importance, windows are generally part of an exhibit, but not the focus of it. The Heckscher Museum of Art in Huntington is placing them front and center with its fall exhibition Looking Out, Looking In: Windows in Art.

“I think we are so accustomed to looking in windows from the outside and looking out windows from the inside, that when used in a painting, our response is the same,” said Lisa Chalif, the exhibit’s curator. Even though the response may be the same, the exhibit is all about broadening how one approaches the device.

Chalif said each of the 22 works, which range from paintings to photographs to etchings from the 19th and 20th centuries, asks the viewer to consider “how windows function in our environment and what they might mean when depicted by an artist.” Some may suggest safety, captivity or transition; others may act as a barrier and some may direct a viewer’s eye to a particular subject. 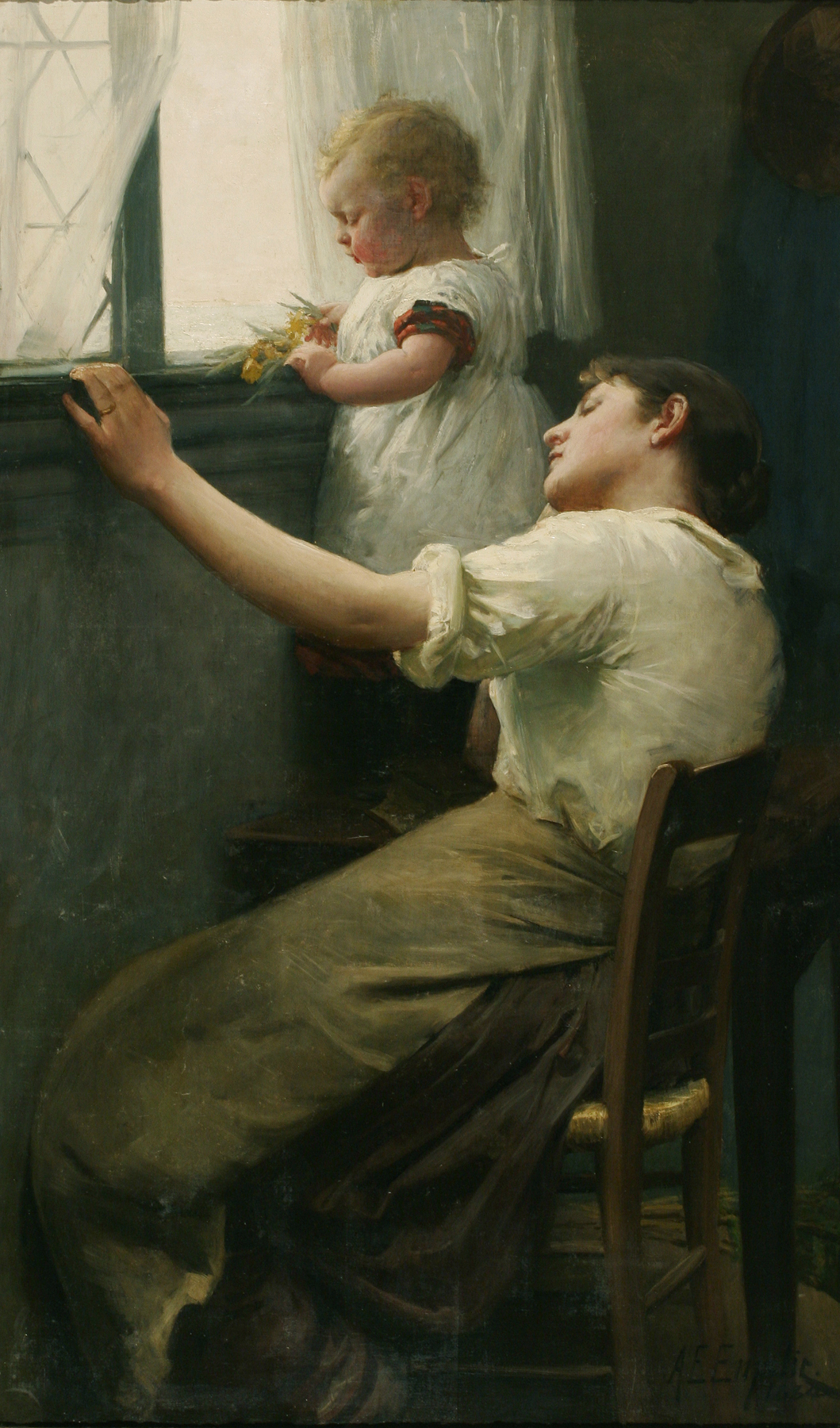 Alfred Emslie, Untitled (Mother and Child at Window), 1884. Heckscher Museum of Art; Gift of Theresa A. Cwierzyk and Sidney Gordon.

The exhibit begins with Alfred Emslie’s 1884 Untitled (Mother and Child at Window), which Chalif described as “powerful because of the scale.” The large oil on canvas features a woman and child gazing out a window. In many ways, it is a parallel to the experience visitors have upon entering the exhibit, when they are also invited inside to look outside. Moving from the Emslie, there are works such as Max Gaisser’s undated The Alchemist, in which the focus is on the interior. But as Chalif points out, there is beauty beyond in the architectural details in the buildings that can be seen across the way and in the distance. 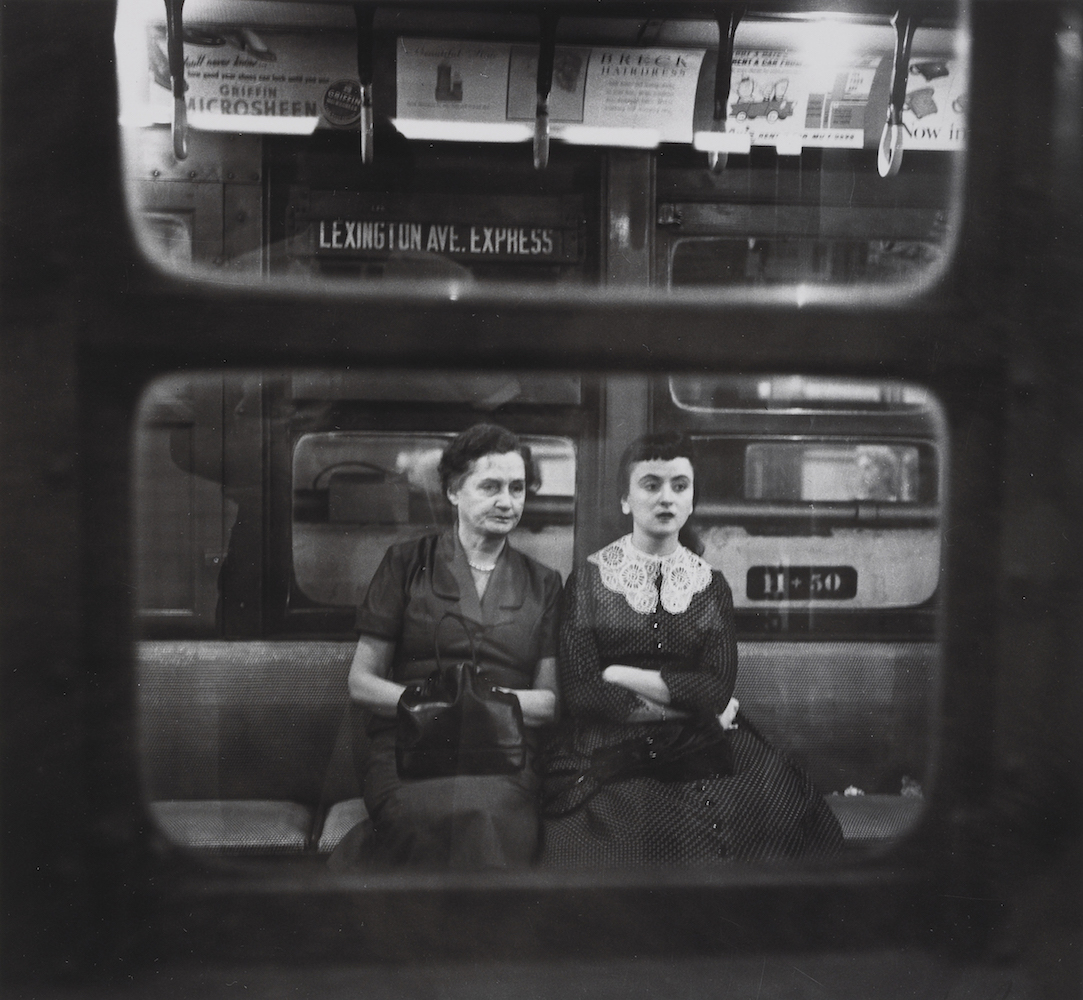 There is a great deal of city imagery with several works from N. Jay Jaffee, including his Woman and Girl in IRT Train from 1951. In this work, the window allows the viewer to see into the train and gaze at the two riders while reflecting on commuting life. “What’s especially interesting is, if you look carefully, how the subway windows provide so much information about the space depicted,” Chalif said. 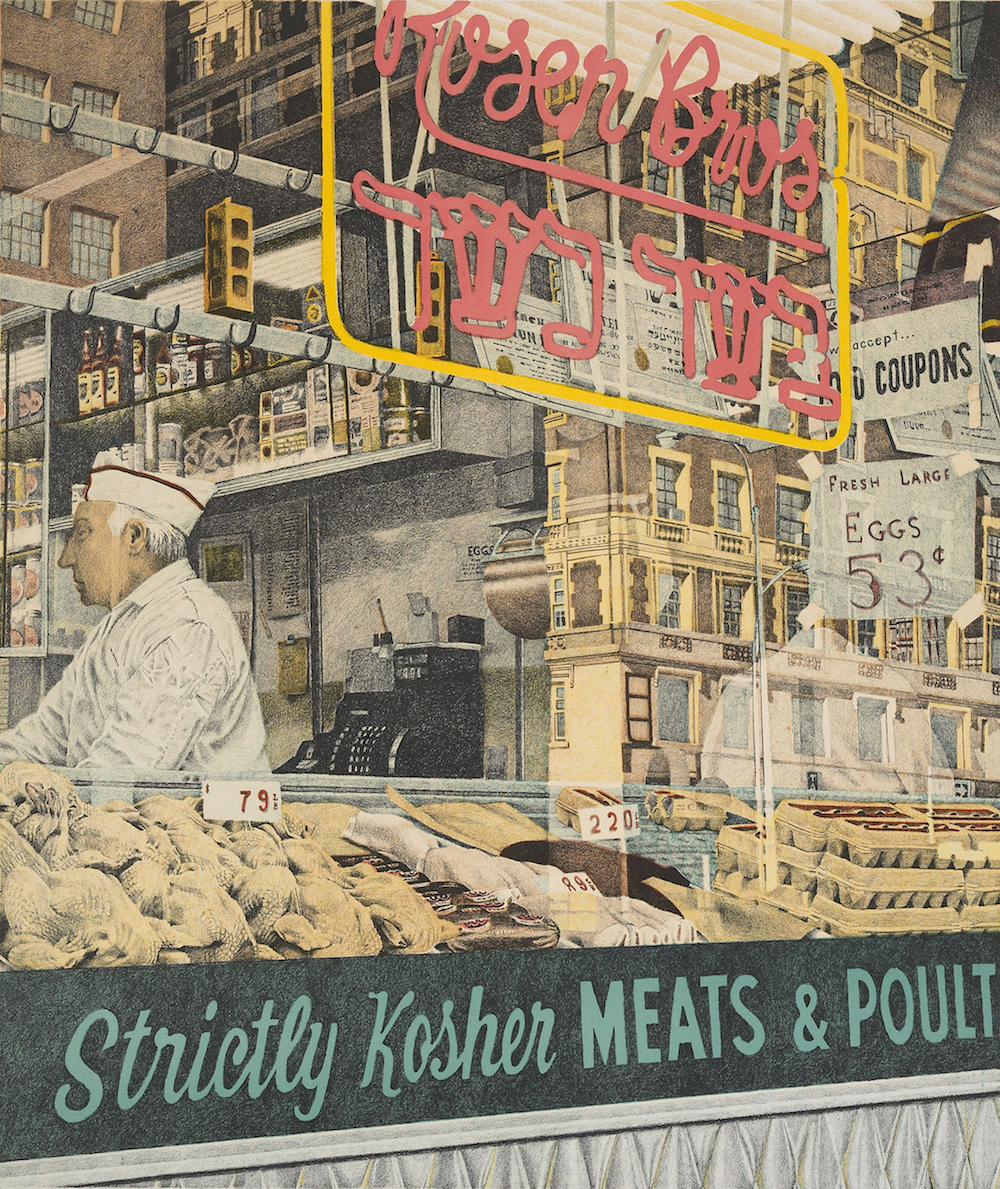 A similar experience is found in Don Eddy’s Rosen Brothers – Strictly Kosher from 1973.

“This work is fascinating for the tremendous amount of visual detail, much more than your eye would process looking at the scene itself,” Chalif said. “You see the window display, the interior of the shop beyond the window, and reflections of the street in front of the store, including buildings, the traffic signal and so on. It creates a very animated urban view beyond the shop façade.”

Alongside city life, there are images of tranquility and nature, such as Fairfield Porter’s 1974 watercolor Morning from the Porch. “Porter uses a window to frame his overall view, dividing his composition into four verticals, each of which offers a different landscape view,” she explained. 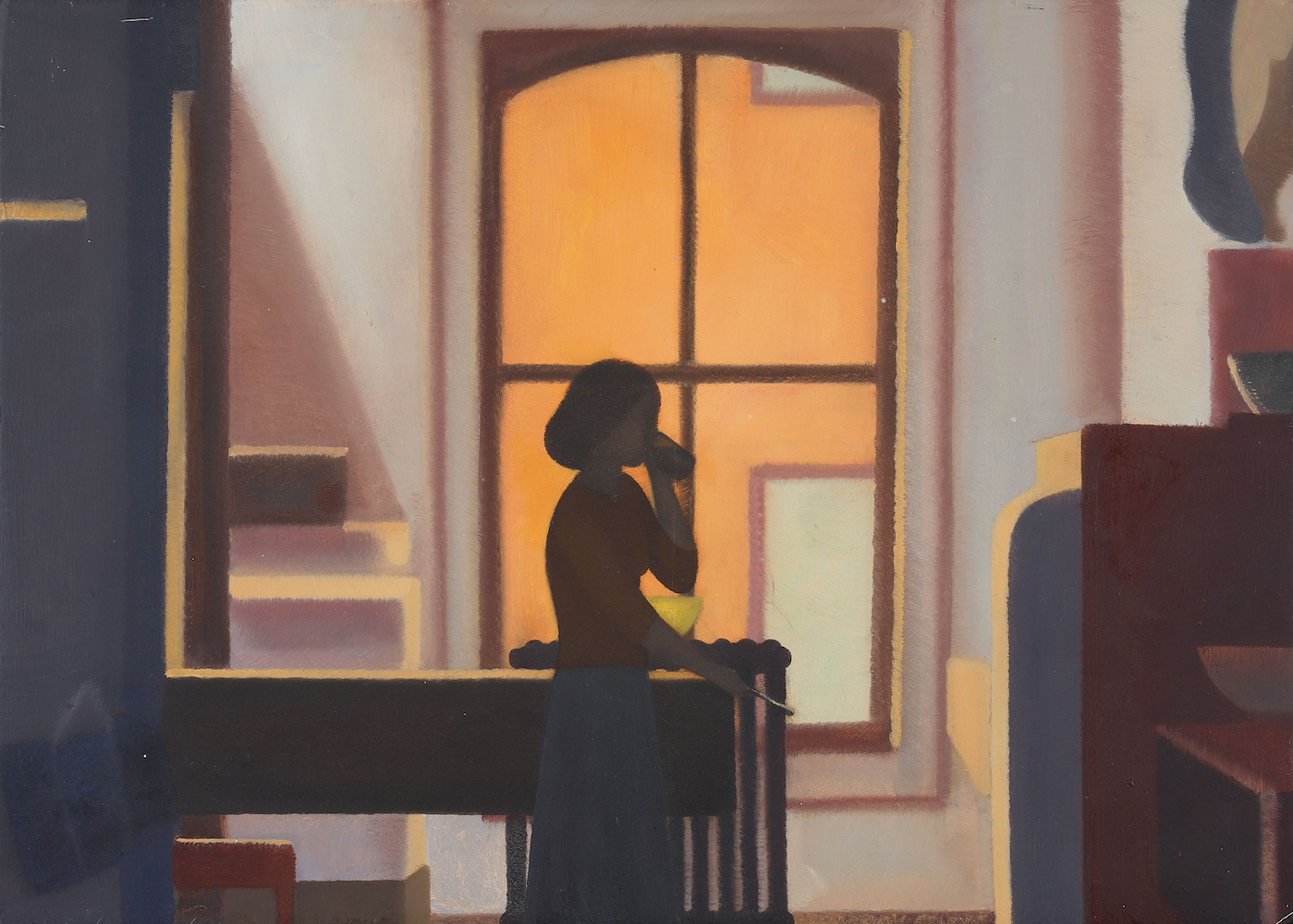 There are also moments of intimate introspection, like Helen Miranda Wilson’s 1980 Interior Kitchen. The viewer is invited inside to ponder what is taking place. “Wilson uses the window to anchor her composition. The brightest color is there and it establishes the rectilinear structure of the whole,” Chalif noted. Similar to Wilson’s work, Altoon Sultan’s 1981 Night Portrait is also introspective. The window becomes the means to see what is taking place in the evening hours through the reflection.

As the exhibit moves along, the focus shifts. In Emilio Sanchez’s 1987/1988 Loft Windows, the emphasis is on quantity of windows versus what lies inside or beyond them. The final work, N. Jay Jaffee’s 1986 Window Abstraction, is in stark contrast to the Emslie that opened the show. Jaffee’s work asks the viewer to consider the abstractive elements of a window. The work does not have people or a specific view. Instead, it considers the lines and structure of a window. In theory, it could be anywhere and it leaves guests with a world of possibilities.