How did you get started?
About six years ago, I got back into home brewing. I set up a bar in my garage and invited people over to taste the beer. Our friends really liked it, so I joined the Long Island Beer and Malt Enthusiasts. I did a couple of festivals and had a great response to the beer, so we started looking for equipment and a more permanent place to call home. That’s actually how we got the name: Bar + Garage = Barrage.

How would you describe your beer culture?
We have a loyal, die-hard group of followers that are as equally passionate about what we do as we are. They love that we are a small, quirky tasting room hidden inside of an industrial park. We don’t necessarily look like we belong here, but that’s part of the draw.

What would people say is your flagship beer?
That would be Yada Yada Yada, a chocolate peanut caramel Brown Ale. People say it tastes like a Snickers bar. As soon as we make it, it’s gone. It really brought attention to us as a brewery. People outside of New York hear about it and come down just to try it. 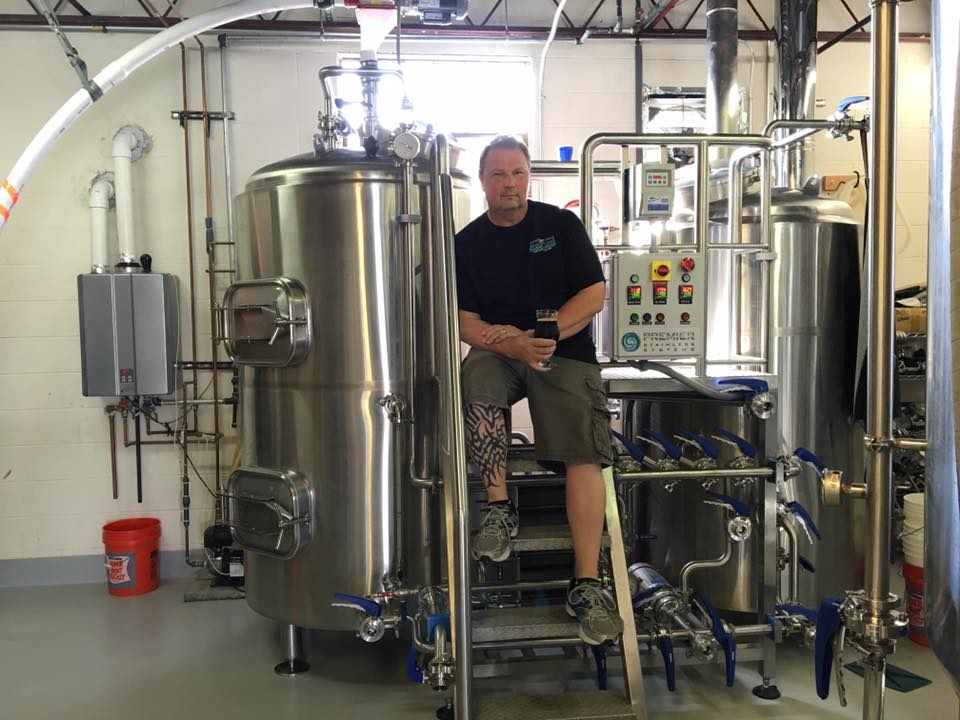 How would you describe your beer?
Our forte is darker beer like Porters, Stouts and English Ales. And all of our beers have a twist or something funky going on with them. The majority are all kind of odd but in a really good way. Many of our beer recipes start out as a dare. That’s how we got The Clancy—a white chocolate cream ale. My friend said I couldn’t brew a good tasting beer with chocolate, so I had to prove him wrong.

Anything exciting going on that we should know about?
We’re in the process of expanding the tasting room into the unit next door and by year’s end, we’re hoping to can some of our darker “dessert type” beers into 16-ounce cans. These will then be made into variety four-packs with two beer flavors per pack. I also have a collaboration going on right now with Spiderbite. We brewed a traditional malty bock for a charity event at Changing Times in Bay Shore to raise funds for Autism Awareness. In German, “bock” means goat, so we had fun with it and named it Kidd Bock. You know, like Kid Rock?