Of all the mixed-use real estate projects slated to be built on Long Island, one in particular casts a shadow larger than that of its peers. Unlike other ambitious development efforts being pitched around the Island, the scale of local developer Gerald Wolkoff’s Heartland Town Square, a mixed-use project proposed for the former site of Pilgrim Psychiatric Center in Brentwood, is massive. And its size, scope and impact position Heartland to fundamentally transform the region.

If approved by the Town of Islip, the project would reportedly create 9,130 housing units. The majority would be rentals with the rest slated as condominiums and pricing set at “affordable market rate.” Heartland would also include more than one million square feet of retail space and four million square feet of offices. In total, the project would cover 15.5 million square feet, all of which would be built over the course of several distinct phases. To date, Wolkoff’s vision has been mired down by concerns about the endeavor’s size and impact from residents and elected officials alike. The question is, is the project too big to succeed?

Heartland has been weighed down by the developer’s unwavering ambition to go all in. Wolkoff is pitching numbers for the Brentwood site that are unheard of on low-density, low-slung suburban Long Island. For years, municipal officials have grappled with finessing the project while the surrounding communities wait and see.

The more than 450 acres slated to someday be Heartland Town Square once served as a main hub of psychiatric activity. During its peak, Pilgrim State was the largest facility of its kind in the world, caring for more than 13,000 patients, according to the New York State Office of Mental Health. Less than one third of the site is open to patients at present; much of the parcel is overgrown, with remnants of the former hospital littered throughout. In 2001, Wolkoff purchased 460 acres of the 778-acre Pilgrim site for a price of around $20 million.

Gene Murphy, who served as the commissioner of Planning and Development
for the Town of Islip between 2002 and 2010, worked closely on the Heartland project. “In many ways, it’s just too big,” the former planning official said. “More than half the project is not really walkable, which is a fundamental problem.”

To Murphy, the site’s current zoning, lack of precedence for a development of this size and the degree of environmental remediation needed to integrate the project were and still are substantive roadblocks to seeing the project through. When he was commissioner, he often stated that by its concept, Heartland has merit. “Long Island definitely faces a shortage of non-traditional housing,” Murphy elaborated, but noted that given the area’s ability to absorb the growth, the desired density is “still much higher than it should be.”

Like Murphy, David Calone, who served as the chairman of the Suffolk County Planning Commission from 2008 to 2015, is well versed in all matters Heartland. While the Commission hasn’t formally reviewed the project, it has loomed on its radar for years. Calone doesn’t necessarily agree with those who say the project is too big. “That’s the great thing about the project’s phasing, it allows us to adjust over time,” he told Pulse. “[And] to review the project for purposes of cumulative impact without having to guess it at the beginning.” 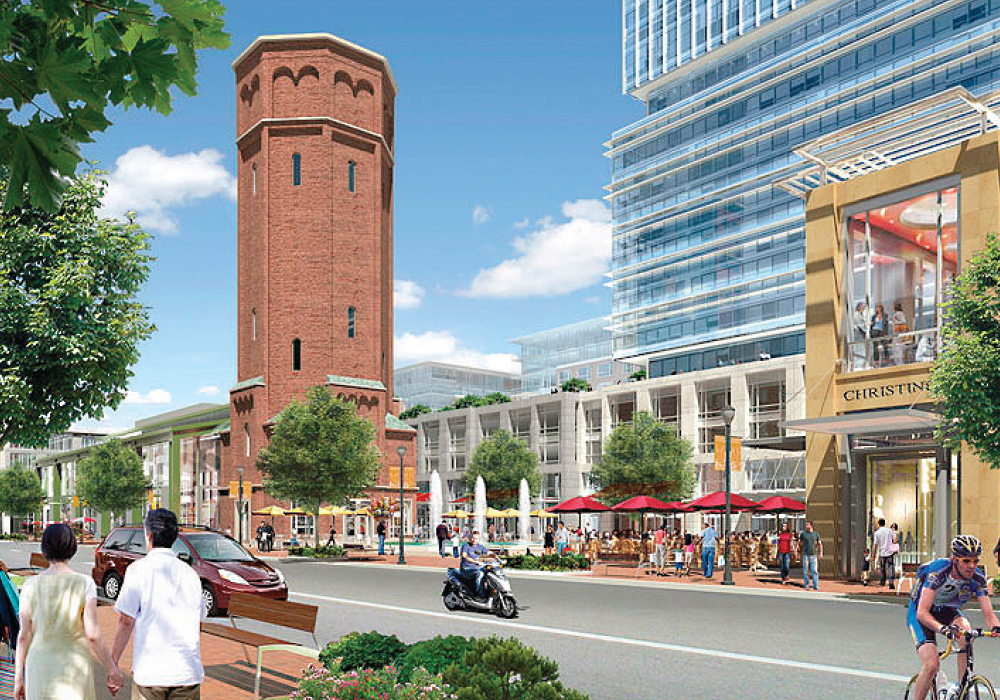 When it comes to the future of Long Island’s housing developments, “go big or go home” is becoming an understatement. Read up on big projects like Ronkonkoma Hub, Wyandanch Village and Syosset Park in Pulse’s Phoenix Rising segments.

During Murphy’s tenure in Islip, the Town Board adopted the findings of Heartland’s Final Environmental Impact Statement after a series of public hearings. “Many were in favor for the obvious reasons: jobs, tax base. There were probably more positives than negatives,” he recalled, mentioning some opposition by environmental groups. “People sometimes obsess over a 7-11 in their backyard more than when 16 million square feet is being proposed.”

The Islip Town Planning Board has pushed off making a formal recommendation to the Town Board since April 2015. Murphy said that even if one is formally made, the project still has a ways to go in gaining additional town and county approvals. In the end, Murphy thinks the project will eventually make headway. “I think some of it will be built. Do I think all of it will be? Not in this format.”

Pulse reached out to the Town of Islip for comment on the project, but did not get a response before publication.

When talking to the developer, Wolkoff doesn’t hold back when he discusses Heartland. “The perception is this project is happening overnight. The public doesn’t understand that it’s a 30-year plus project,” Wolkoff said. Calone thinks Wolkoff is on to something. “If you’re going to add this many people, this is how you do it,” the former chairman said, referring to the long timetable of the project. “The biggest concern is the traffic, but it’s a good location. Heartland would be near north/south arteries, and have east/west access as well. The only downside is there is not a direct link to transit,” Calone pointed out.

The developer stressed that everybody, including the Town of Islip and Suffolk County, has been cooperative with his efforts, but that he isn’t expecting the project to be shovel-ready anytime soon. “If you asked me three years ago when it would be started, I would have said six months,” Wolkoff said animatedly of the time frame. “If this was anywhere else, they would kiss me on both cheeks!” Now, Wolkoff hopes to get started within the next year.

Despite the challenges, Wolkoff is resolved to see the project through. “Not only am I committed, but there is my son, my grandson to continue this on. They will do what’s right for Long Island,” the builder said when asked if he ever sees himself walking away. “Long Island is losing not only its young people, but empty nesters as well. If this isn’t built, where do they go?”

Whether or not the town and its residents agree with Wolkoff about the project remains to be seen. In July, the Islip Town Planning Board delayed making their recommendation once again. After more than a decade of delays, partial approval was granted to the project’s 133-acre first phase in August 2016. In the end, it is unknown what will be bigger: the task of getting approval, or the project itself. When asked about the latest delay, the developer coyly said, “It’s OK. It’s only been 14 years.”