On the afternoon James Herrmann returned home from work on Feb 4, 1958, he had to have thought his family had lost their minds. That, or they were telling him a fanciful tale to scare him.

According to Herrmann’s wife, Lucille, she and their teenaged children, Jimmy and Lucy, were enjoying some time together after the children arrived home from school when they heard popping noises coming from various places around their Seaford home. Upon investigating, they discovered uncapped bottles of several common substances upended in several different rooms. The most troubling was a bottle of Holy Water spilling all over a bedroom dresser.

Herrmann advised his family to stay calm. And not to tell anyone.

Five days later, the family was preparing to enjoy a meal when the popping sounds were heard again. This time, Herrmann investigated himself and found a mess in several rooms: bottles were again opened and upended.

He called the police and the dispatched officer reported that he also heard the noises and witnessed even more capless bottles and dumped contents, but noted nothing that could easily explain the mystery. Later investigations by other officers determined that the family had not been involved in the hijinks and the house was not in any way deteriorating. 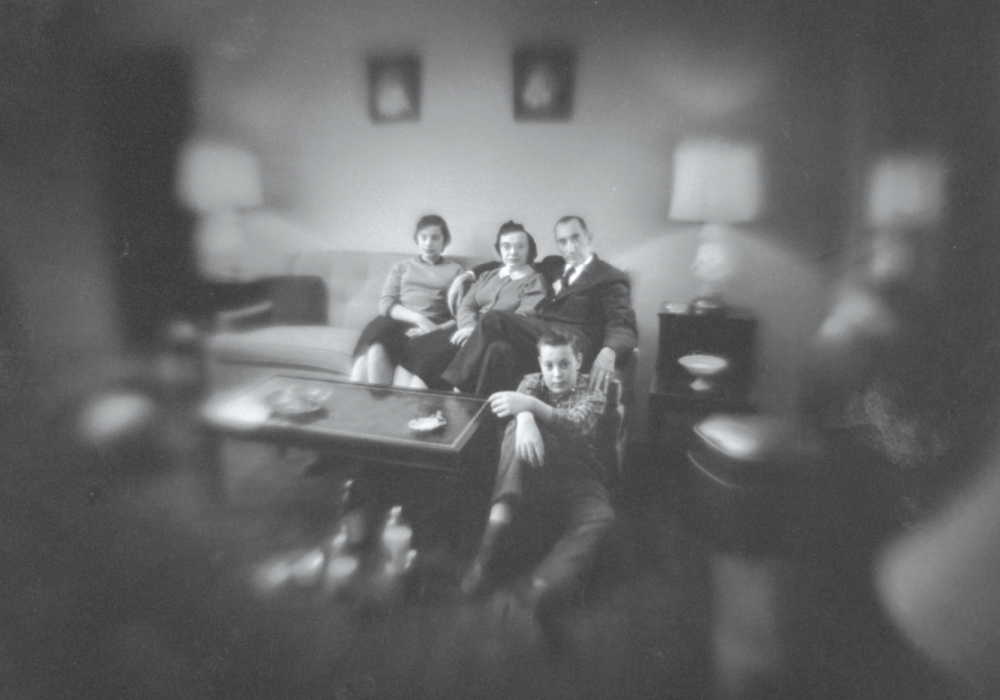 The ordeals of James Herrmann and his family were the basis for the movie Poltergeist.

When the story became public and incidents were filmed and televised, advice poured in from around the world, but the eerie events only escalated. A Catholic priest was soon invited inside to bless the house. Some, including Herrmann himself, blamed “The Popper” on teenage shenanigans. But when a cousin of Herrmann’s visited, she witnessed bolder occurrences while the teens sat on opposite sides of the room. Ultimately convinced that it was not the fault of anyone in his family, but fearful for their safety, Herrmann moved them out of their house temporarily.

Soon after they returned, the noises and damage resumed with a vengeance. At that point, larger and heavier items were being upset. So was the family.
Finally, after about a month of terror, the Herrmann family was approached by Dr. J.B. Rhine, director of Duke University’s Parapsychology Laboratory. Rhine believed that the presence of two hormonal teenagers could have opened some sort of chance for psychokinesis, or perhaps poltergeist activity. Though there was reportedly some dissent between the scientists and Herrmann, Rhine’s colleagues began to attempt to prove that common bottles of household liquids with screw-close tops don’t just spontaneously pop their caps en-masse.

Alas, shortly after the scientists arrived, the mysterious popping noises ceased. All in all, between Feb 3 and March 10, nearly 70 mysterious events were recorded and witnessed by the Herrmanns or others.

Months later, the Duke University Parapsychology Laboratory staff was still at a loss to explain what had happened although, 24 years later, Hollywood took a stab at it when they loosely based the movie Poltergeist on the events in the Herrmann home that spooky spring.