“Personally, I think (Ammon) Bundy should be allowed to go to court dressed like a cowboy—so long as his defense team is made up of a construction worker, an Indian, a cop, a soldier and a biker.” —Stephen Colbert on The Late Show

Known for hits like “YMCA,” “Go West,” “Macho Man” and “In the Navy,” Village People will be performing at the legendary Forest Hills Stadium on Oct. 8 as part of mega producer Nile Rodgers’ FOLD festival (an acronym for FREAK OUT LET’S DANCE). The co-founder/guitarist of fellow disco band Chic, Rodgers curated the one-day fest of organic disco, electronica and old school acts to “demonstrate the spirit of collaboration, all sorts of stuff will happen spontaneously.” Also on the bill is Chic (“Le Freak,” “Good Times”), Earth, Wind & Fire, Bette Midler and contemporary acts DJ Cassidy, Alex Newell and DJ Nicky Siano of Studio 54.

Felipe Rose discussed his favorite song to perform live, how the Village People’s audience has changed, Nile Rodgers and the FOLD fest. 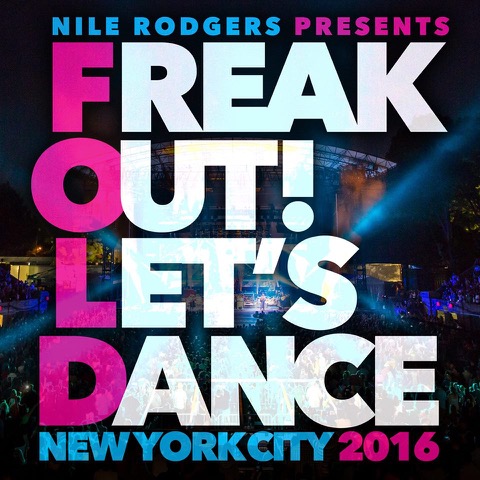 Do you describe the Village People’s sound as pure disco?
I think the band’s foundation is R&B, soul, dance, disco—and part Broadway!

Why do you think retro music is making a comeback with younger people?
Each generation discovers it. With social media, disco is now EDM Music. And we’re like a global party band.

How has your audience changed over the years?
We’ve toured around the world for almost 40 years so our fans have grown up with us. Along with our LGBTQ communities around the globe, our audience is now made up of all genders, races and ages down to five-year-olds. It takes a village!

How do you know Nile Rodgers? What do you like about his FOLD (Freak Out Let’s Dance) Fest?
I’ve known Niles since 1977. Chic and Village People toured for each other, performing for the (charity) We Are Family Foundation. He’s one of the finest musician/producers of our time, a cool Kat! The FOLD festival is one of the most diversified collections of international music. It features all forms of dance music—new and old.

What’s your favorite song to perform live?
My favorite V.P. song is “Macho Man,” which represents strength, a positive healthy attitude and owning my masculinity as a Warrior.

What can we expect to hear when you play the FOLD fest?
We will be performing our hits along with a new song, written for us by Harry Wayne Casey, aka the founder of KC and the Sunshine Band. He’s written some of the biggest funky disco hits of my generation. I’m looking forward to catching up with many of the acts. I will be freaking out and dancing!