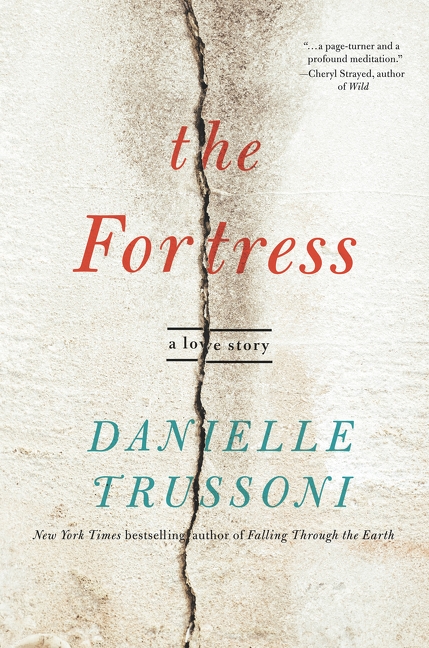 Every good princess needs a castle.

It must have turrets and stone steps, a moat and a drawbridge, and a knight in shining armor for that happily-ever-after. It would be just like that, too, if real life was a fairy tale, but in the new memoir “The Fortress” by Danielle Trussoni, the castle has a dungeon and the knight’s armor is tarnished.

They met in Iowa, both of them in writer’s classes.

She watched him from afar for a few days; he was handsome and exotic but Danielle Trussoni was married. So, as it turned out, was Nikolai and he, too, was in the process of quitting his marriage. They had a lot in common, loved the same music, shared careers and wanderlust, and he took her heart; mere weeks later, his visa expired and he was sent home to Bulgaria.

She and her baby son went with him.

Shortly after arriving in a country where she didn’t know anyone, Trussoni learned that she was pregnant. Nikolai proposed and though there were niggling red flags in the relationship, she ignored them and married him in a ceremony of words she couldn’t understand.

It didn’t take long for things to become rocky. Nikolai was in the habit of telling Trussoni what he thought she wanted to hear, and then doing what he wanted to do anyway. She suspected him of infidelity; he accused her of the same. Money was tight, parenting pressures were heavy, and they fought from Bulgaria to Rhode Island to France where, thinking it might save their marriage, they bought an 800-year-old limestone fortress, and moved in.

At first, everything seemed better. Life in a French village was like a storybook but the tale took a turn inside the castle: Nikolai isolated himself. Trussoni admits that she flung hurtful insults at him but then proceeded with plans to renew their vows anyhow, at an ill-planned ceremony that clearly framed everything her heart knew…

But does she stay or doesn’t she? I won’t tell because I want you to have the same deliciousness of finding out for yourself. Read “The Fortress” and see.

Beginning with a dreamy scene of longing and jealousy, author Danielle Trussoni lulls readers with a fairy tale and a questionable ending: will there be an Ever After, or will this story end with a screaming, Hollywood-like death of a marriage?

We’re offered hints in a near-and-far time narrative – even the fortress seems like a metaphor for her marriage – but that’s no indication of how this drama ends because we’re also reminded that life can be magical, and that anything can happen in a charming and romantic village in France . It’s all like watching a slow-motion rollover on a slick highway: you know what’s coming, but you don’t know, despite it all.

There’s some mighty good writing inside this book, and a love story that might not be so lovely but that you won’t be able to tear yourself away from. Start “The Fortress,” in fact, and you’ll be up all knight.