Robin Swicord is a writer/producer/director known for literary adaptions such as Memoirs of a Geisha (screenwriter), Little Women (co-producer/screenplay) and the Oscar-nominated screenplay for The Curious Case of Benjamin Button, starring Cate Blanchett and Brad Pitt. Swicord made her feature-directing debut with 2007’s The Jane Austen Book Club, for which she also wrote the adapted screenplay.

Her latest project is the quirky film Wakefield, based on the short story by E.L. Doctorow, which she directed and wrote. A Spotlight film at the 24th annual Hamptons International Film Festival (October 6-10), Wakefield stars Bryan Cranston (Breaking Bad) and Jennifer Garner as a suburban married couple. After having a nervous breakdown, Howard Wakefield holes up in his attic, where he stays and spies on his family for months.

What inspired you to make E.L. Doctorow’s short story, Wakefield, into a film?
When I read Doctorow’s short story in The New Yorker in 2008, I felt that sensation that we all have when intuition kicks in. Doctorow has a way of making characters instantly accessible, no matter how distant the place and time. I felt like this short story already existed as a small, intimate film—a film I wanted to see. I couldn’t get the images out of my mind. Eventually a friend, the producer Elliot Webb, helped me approach E.L. Doctorow and we had numerous conversations about the film to be. He read drafts of the script and gave me small notes. The story line is much the same in the film as in the short story: A man abandons his daily life and, in Rear Window-fashion, takes up a position in which he can observe what happens to his family once he vanishes from their lives. I went deeper into Howard Wakefield’s inner life and mapped the changes that happen to him after he steps into the suburban wild. Doctorow was intrigued by this reader’s ‘fan-fiction’ take on the understory that I saw inside his Wakefield.

Did Doctorow, who passed away in 2015, ever get a chance to see your film?
No, but I dedicated the film to Edgar, perhaps in hopes that he would have loved the film as much as we loved making it. Reassuringly, his wife Helen wrote to me after she saw the film at the Toronto festival, and said: ‘Of all the adaptations of Edgar’s work, this is the one that I feel he would have really liked and admired. The script, direction, acting, music, sets, make up…. all are to my mind just what he would have chosen himself.’

How did you get Bryan Cranston to play the main character? What was he like to direct?
Bryan was the first name at the top of an alphabetical list that my casting director made after reading the first draft. I circled his name and said, ‘We don’t need to look any further. Bryan Cranston is my ideal Howard Wakefield.’ Fortunately, when Bryan read the script, he felt the same hook I had when I read the story. I flew to New York, where Cranston was performing the LBJ piece, and had coffee with him. Then we met the Doctorows and found we were a compatible group. Bryan is always incredibly well-prepared, and he’s also one of the most playful actors I’ve ever worked with. On my end of things, aside from handling the technical aspects, what I mostly did was set the emotional moment for Bryan and create a sense of welcome so that he felt he had the freedom to play. Because of our limited budget, we had to shoot the film in 20 days—a feat that would have been impossible without the caliber of our actors. 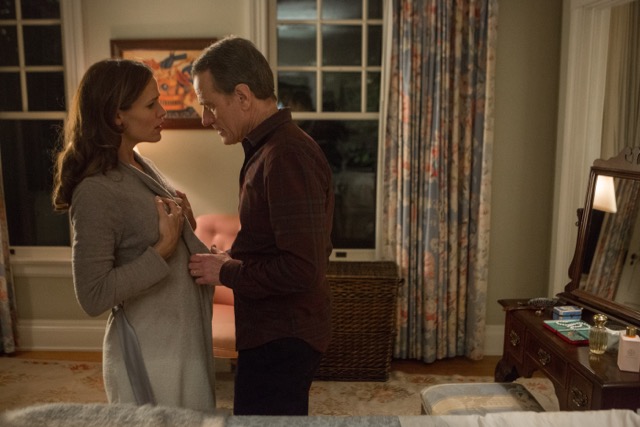 What’s next for Wakefield, and what other projects are you working on?
We’re lining up Wakefield for its release next year. As for other projects in the works, I’m writing a two-hour movie for HBO about the total of twenty or so encounters between Diana Spencer and Prince Charles—over the eleven months from the first time they met until they arrived at the wedding altar. It’s not a tabloid look at the Charles & Di that we all think we know. It’s a deeper examination of that relationship’s DNA laid down in their formal courtship, which inevitably set the course for their marriage. As with Wakefield, there’s potential for the story to be intimate, moving and quite unusual, I hope.

Do you have any advice for aspiring female directors?
It’s never easy for any director to set up a project. But for female directors, the odds are greatly stacked against you. The Sundance Film Institute and Women In Film did a comprehensive study on women filmmakers and found that the average time between movies for female directors was seven years. For male directors, it’s one year. I don’t let the facts discourage me. My attitude has always been, ‘Do it anyway.’ I do sometimes lose patience with an industry that seems at times to deliberately overlook talented people who aren’t male or Caucasian. But social media has given women more of a public voice and more female filmmakers have recently begun speaking out about discrimination. As a result, I do see a slight shift going on. I’ll feel that Hollywood has moved into the 21st century when it is standard for every list of potential filmmakers to be an equal mix of men and women for all types of films. 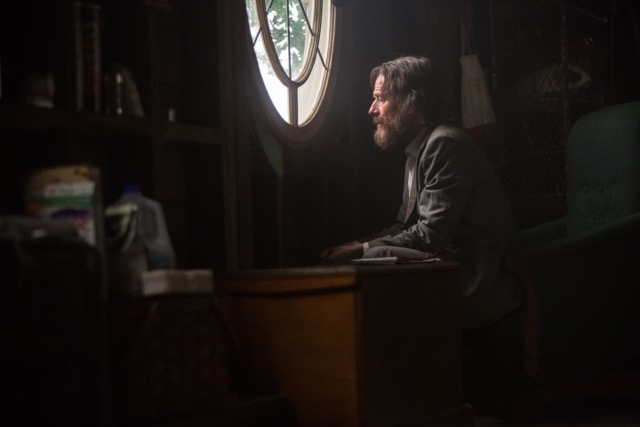 What do you appreciate about the Hamptons International Film Festival?
I’ve heard plenty of wonderful things about the festival from my daughters, who reside in New York. One of our producers, Wendy Federman, has a home in East Hampton so she has also tantalized me with descriptions of the festival. It sounds perfect in terms of its size, and also its programming. I find I enjoy myself much more at intimate festivals, where word of mouth travels quickly, so I hear about movies directly from other people who love film.