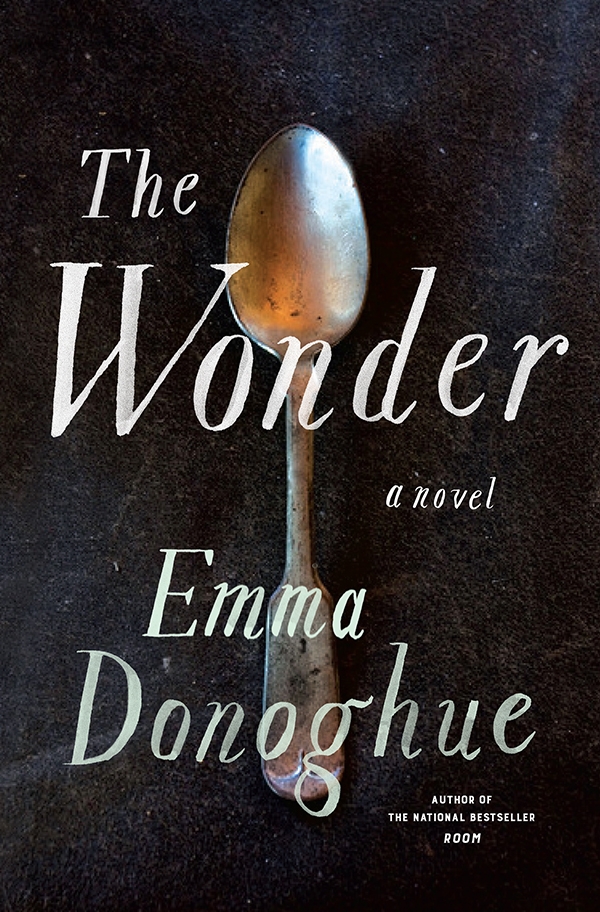 The truth was bent a little bit.

Okay, so it was actually mangled. Warped beyond anything that might remotely be real. Wrapped up in a colossal “liar-liar-pants-on-fire” conflagration. The truth was nowhere near the lie you told to save face, to save feelings, or as in the new novel “The Wonder” by Emma Donoghue, to save a life.

Lib Wright was so angry, she could hardly breathe.

Yes, she was told that she would be handsomely paid and put up–which was true–but she was also told that her skills as a nurse were essential, which was a lie. All those years of working in a field hospital in the Crimean War, all the time spent learning from the great Miss Nightingale, all the hours spent on patient care, and these Irish villagers were telling her that her assignment was to be little more than jailer.

Anna O’Donnell, they said, was eleven years old and hadn’t had a bite of food for four months. She consumed water by the spoonful, which was to say sparingly, and skeptics had come ‘round. To prove that the child’s feat was a miracle of God, a committee had hired Lib and an elderly nun to watch the girl’s every movement for two weeks.

But nevermind. Miss N had taught Lib to finish a task and, as Lib saw it, her task was not merely to report her observations in respect to Anna, but to reveal the little shammer for what she was. Surely, no child can live without sustenance, and Lib aimed to get to the bottom of it all.

But it wouldn’t be easy. Anna was a sweet, gentle child with a devotion to God and an eagerness to please those in her household, Lib, and the nun, Sister Michael. Many times during her eight-hour shift, Lib heard the child’s prayers and saw her playing with her holy cards, but she never saw her eat a bite.

A miracle? No, it was obvious that Anna was in distress: her body was slowly shutting down for lack of food, as Lib’s job suddenly expanded…

Coming to a theater near you? Don’t be surprised.

“The Wonder” practically begs to become a movie, and for good reason: as she’s done in many of her past novels, author Emma Donoghue takes a snip of something true (yes, there were real Fasting Girls throughout history) and spins a tale around it–in this case, a possible murder, set in Victorian Ireland. While readers of Sherlockian whodunits will relish that, the alternate (and perhaps larger) appeal is in Donoghue’s main character, a no-nonsense, self-assured woman who becomes someone else before us, as the story unspools.

Add in a hint of magic that seems, even to some of its characters, to be terribly out of place and you’ve got a novel that grabs you good, and an ending that’s purely perfect. You’re going to love “The Wonder.” It’s a straight-up edge-of-your-chair read.