Dinner with a view is a quintessential part of summer nights on Long Island. But at Huntington’s Prime–An American Kitchen and Bar, Michael Bohlsen of Bohlsen Restaurant Group likes to think of the gorgeous harbor as a side dish, albeit a delicious one.

“When we opened Prime, we opened [thinking] the view was a little bonus,” Bohlsen said. “The idea was people would come to Prime for the food, service and attention to detail and then on top of that, you’d have the most amazing view of the sunset.”

The thinking has helped Prime, which is celebrating its 10-year anniversary this year; go from being a seasonal restaurant to a 12-month destination. The cozy indoor dining options like the lodge with a fireplace and intimate vine room haven’t hurt either, turning the restaurant into an ideal place to watch football, share a special date night and even host a wedding. 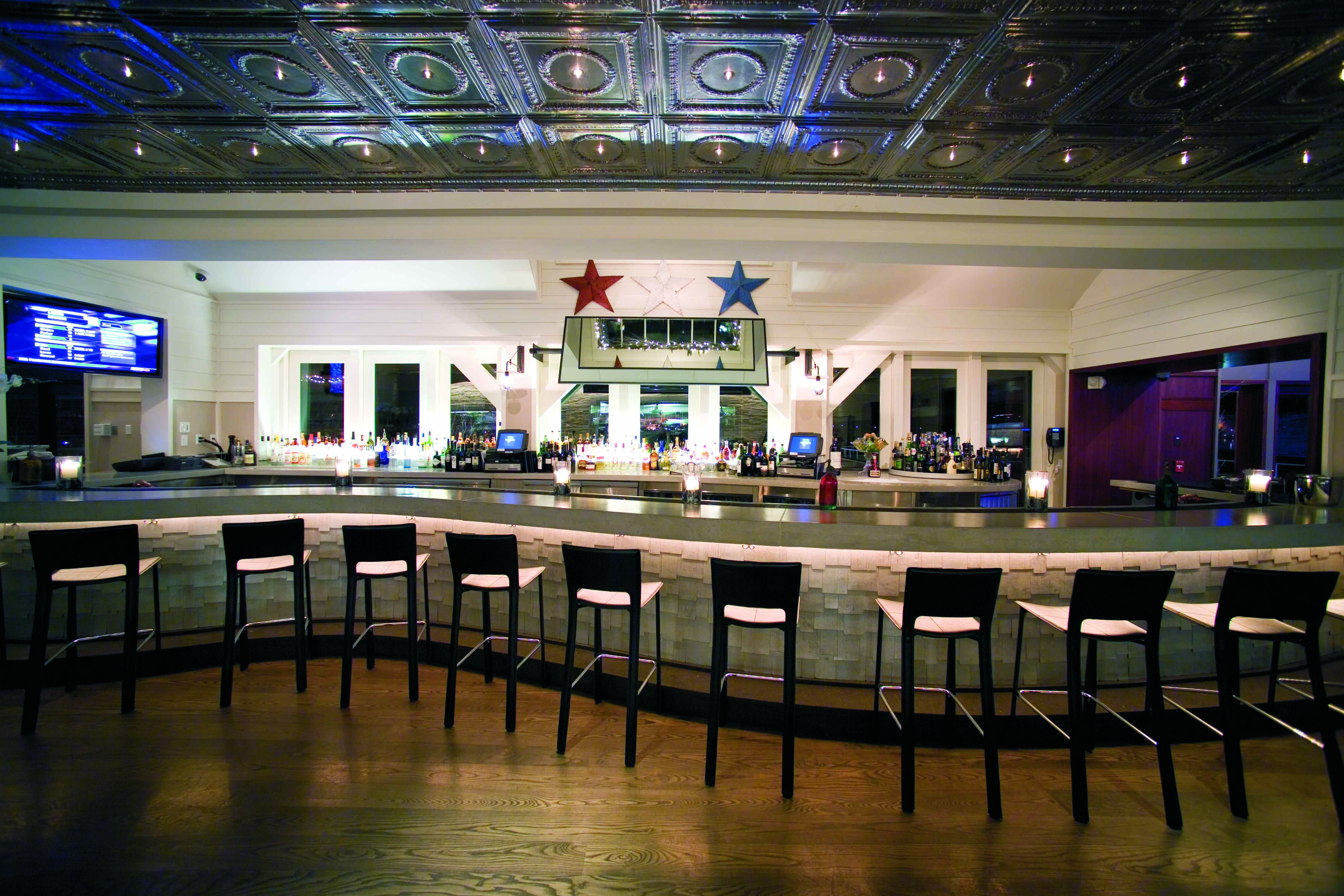 A wave bar, a vine room and a cozy dining room make Prime like a resort, even in winter months

But as grandiose as Prime is, the staff has not forgotten the basics: food, service and hospitality. Bohlsen said management has invested millions in retaining employees and helping them move up within the company, which includes other Island staples like Tellers in Islip and Monsoon in Babylon Village. A former Prime server, Director of Hospitality and Training and Prime General Manager Pat Foley has been with the restaurant for 8 of its 10 years.

The consistency has turned a night in the kitchen into something of a Bruce Springsteen concert: the staff can seamlessly accommodate a customer’s request for a dish from the archives, much like the E-Street Band can play any song when Springsteen spontaneously decides to resurrect an old tune.

“If you go there and you want surf-n-turf we have about 20 different ways we can do it. That’s the benefit of having long-term employees. It gives us endless possibilities.”

Bohlsen is happy with the restaurant’s success but far from satisfied. The Bohlsen Restaurant Group opened a second Prime in Stamford in June and plans to give the Huntington spot some fresh tables, chairs and light fixtures this year. As we were speaking, he and members of the Prime staff were restaurant hopping in New York City, searching for inspiration.

“Restaurants are opening every day and they’re always pushing you to be better. If you rest on your laurels for more than five minutes somebody’s leapfrogging you.”

But that doesn’t mean they don’t raise a glass now and then.

“Sometimes we sit around after work and have a glass of wine and think about all the people who have been engaged here, married here…I’m proud of the people that work there, of what they have accomplished, of our status on Long Island.”