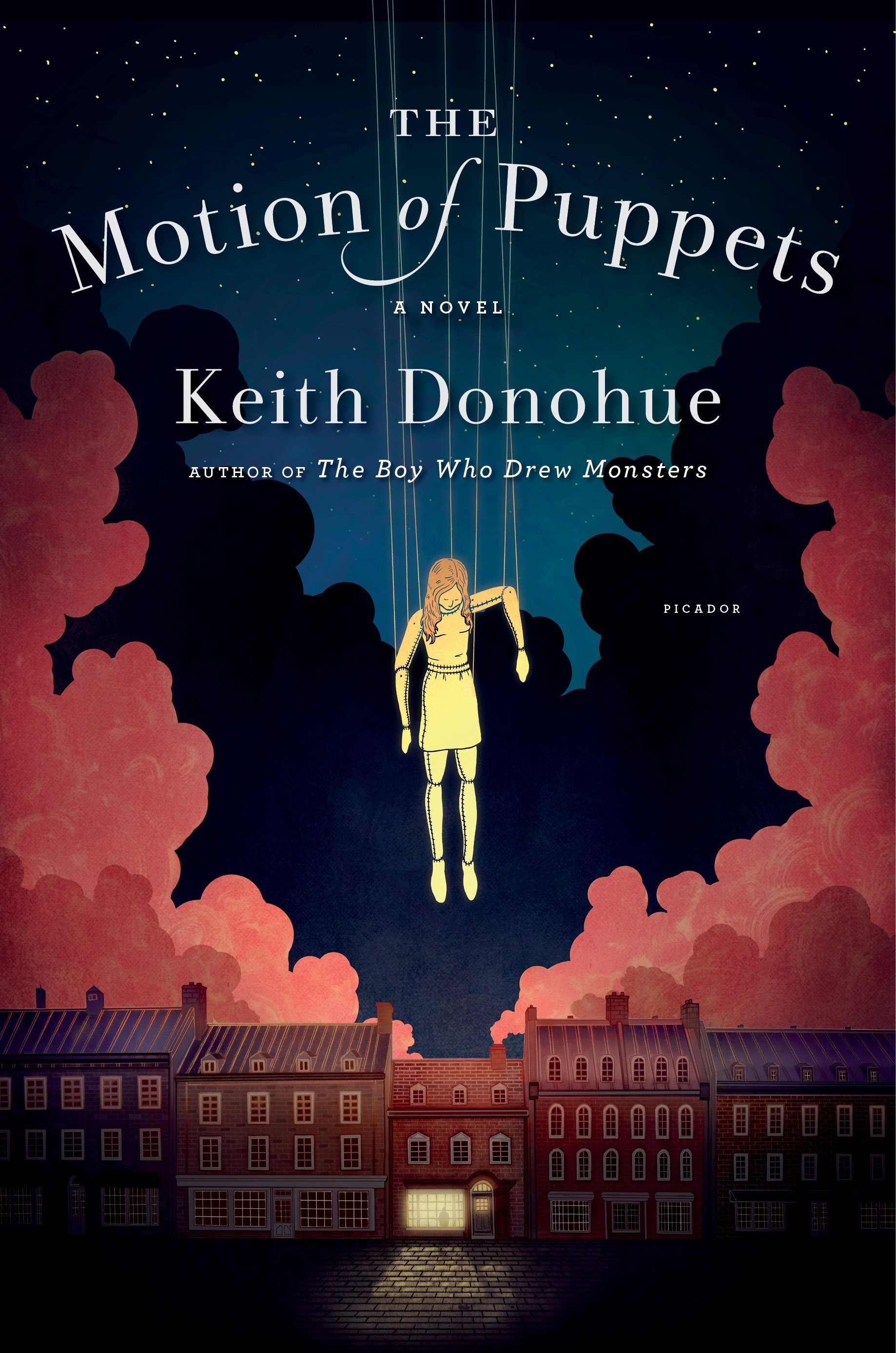 Lately, there are days when you don’t move so well.

Sports injuries old or new, creaky bones, long night, short night, slept wrong, it can happen at anytime and any age. But, unlike in the new book “The Motion of Puppets” by Keith Donoghue, your life is still yours, no strings attached.

Time and again, Kay and Theo walked past it, charmed, and tried the door but there was never anyone there. They probably couldn’t have afforded anything anyhow; the income from a cirque acrobat (her) and a transcriptionist (him) wasn’t enough for frivolous purchases but browsing could’ve been fun.

It might’ve also been a nice distraction from the stresses of being newlyweds in a temporary home. They’d moved to Quebec from Vermont for the sake of work, but neither was happy: Theo was often flustered by his beautiful wife, and Kay was bored – which was perhaps why she impulsively agreed to attend an after-hours party with the cirque’s manager, a notorious womanizer.

But Kay loved her husband and could never enjoy a dalliance, so she left the party alone. Walking home, her imagination overcame her and she was sure she was being followed; when she saw a light in the toy store, she hoped she’d be safe there, tried the door, and slipped inside.

That was the last thing she knew before her head was removed from her body, her limbs from her torso, and her innards replaced with sawdust. She had memories but could remember little. She could feel, but not hurt; walk, but not talk until something cut a brutal slash across where her mouth should’ve been. She learned then that puppets can move and talk from midnight until dawn but they could never leave the confines of puppetry unless someone who loved them recognized them and helped them escape.

Desperately missing his wife, Theo walked the streets of Quebec in search of Kay. Was she dead? Abducted? Or, as the cirque’s “little man” claimed, did mythology hold the answer?

If those words don’t send a chill through your spine, then “The Motion of Puppets” is really not the book for you. If they make you a little squirmy, though, you’ll be very happy with the tale author Keith Donohue’s spun.

Almost immediately, you’ll notice a sense of off-balance. That may be because, though there’s a modern-day setting to this story, it has a curious feel of Victorian times: it’s dusty and chastely formal and contains a dwarf and a Holmseian academic – all of which, when a cell phone or computer appears, only heighten the instability. Donohue tells his tale from Theo to Kay and back, and we get a good understanding of both – yet not enough to pre-determine how this book will end.

For anyone with coulrophobia (fear of clowns), pupaphobia (fear of puppets) or who merely wants a nights-are-getting-longer novel, here’s one that’ll chill you good. For you, “The Motion of Puppets” is a book to move on.