One of the more underrated classic rock guitarists who left his mark in the 1970’s was Jethro Tull’s Martin Barre. Perhaps it was due to the high quotient of guitarists that left their mark on that decade and beyond (Clapton, Beck, Page, Gilmour, Blackmore, Iommi, etc.), but regardless, you can’t discount the fact that Barre penned arguably the most recognizable guitar riff next to “Smoke on the Water”—of course, we’re talking about “Aqualung.” After Tull called it a day in 2012 (after nearly half a century), Barre has set out on his own—resulting in his most recent solo offering, Back to Steel, which will be supported by a performance at the Boulton Center in Bay Shore on Oct. 20.

Let’s discuss Back to Steel.
Back to Steel is more an album about songwriting. We have played nearly all of those tracks live, so we select maybe half a dozen of them and change them around and play them all during the show. They work really well. It’s an album moving away from me as a writer of instrumental music, more into the songwriting with lyrics. It’s sort of a new departure for me, and a challenge. But I really enjoy doing it.

Which tracks from Back to Steel would you say are the most “Tull-like”?
I hope that none of them are! But people say that they can see the connection, and all I can think is, “There has to be a connection musically,” because that’s my upbringing—43 years of playing with Tull and arranging and writing bits of music. I have a lot of freedom in the music that I’m writing. Certainly, some of it would be un-Tull-like in my mind. But I don’t have an agenda. If it sounds like Jethro Tull, that’s a coincidence, because it’s me writing. And if it doesn’t, it’s just me going in a different direction. 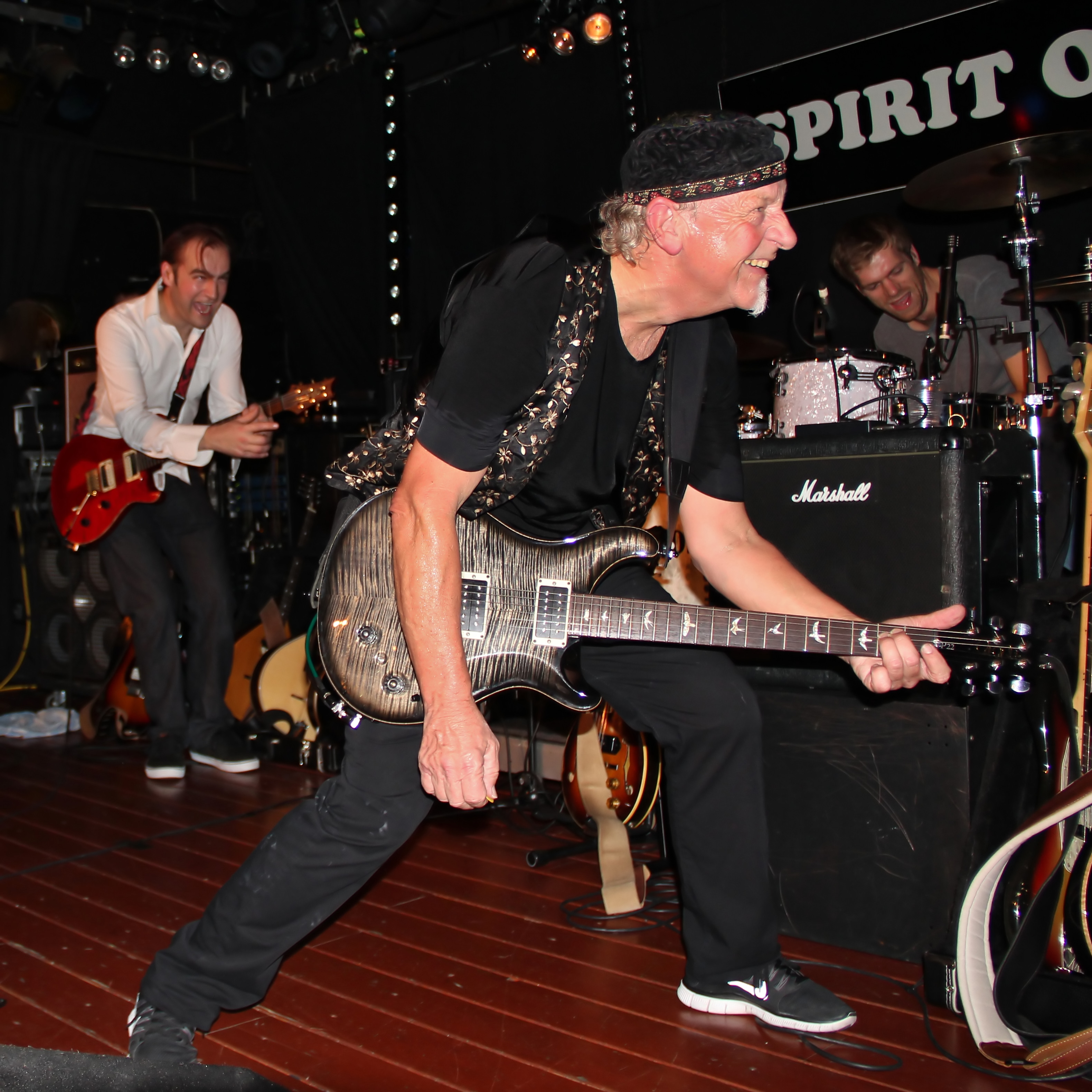 What do you think it was about the ‘70s, that spawned artists and songs that are still popular?
It’s that “classic rock thing,” isn’t it? And I can’t put my finger on why it is. But I just think it was iconic bands in America—as well as coming out of England—which are so strong. Bands like the Eagles, Chicago, Frank Zappa, Captain Beefheart…there’s a huge list of American bands. And the obvious—Pink Floyd, Fleetwood Mac, Joe Cocker, Jeff Beck and the list of English bands. People were emerging from the quagmire from learning how to play their instruments and learning how to write music, and getting on the road and being a touring band. They were all already making huge advances in every area—music, writing and performing. It was a great time to be an emerging band. There were huge audiences, great enthusiasm for music.

How is that different from today’s scene?
I don’t know why you don’t seem to get those long-term bands anymore. I was listening to Oasis the other night in a restaurant, and just thinking how sad it was that two guys can’t get on well enough to write some more great music. Maybe the bands from the ‘70s were more stable, and spent a long time learning our instruments and how to play great gigs. And it was more settled—everybody knew what they wanted to do, and didn’t let personalities get in the way as much as it does now.

What is your favorite Tull track to perform?
We play a track called “Nothing to Say,” off Benefit. I’ve always really loved the song. And Ian [Anderson] would never sing it—he would never play it live, although I had suggested it. He said it was because of the lyrics. It’s always been a song I wanted to play live. And finally, this tour, we are playing it. It’s just really strong songwriting.

What are some memories of playing New York and Long Island over the years?
I always loved Long Island—I always think of Jones Beach. I think we did a gig very early on—in maybe ’69—in Southampton, there was a club there. The whole New York area, it’s very central to have Tull become successful, because the very first time we played in 1969 in New York, we played the Fillmore East, and we spent a couple of weeks in New York, forming all these deals with agencies and record labels. It always seemed like a homecoming, coming back to New York. It’s where everything started, and we got such a huge, loyal fan base in the area.