Travel back in time to an era when the Beatles topped the charts, the Civil Rights Movement and Vietnam War dominated the headlines and Suffolk County burgeoned into the suburban area it is today. The best and toughest moments of a transformative decade are on full display at the Long Island Museum exhibit Long Island in the Sixties.

“We wanted to take a 360-degree view of the region during the 1960s,” said curator Joshua Ruff. “It’s important not just to remember the nostalgic, fun aspects of a particular period. It’s important to bring back as much of the story as you can.”

A timeline of the decade’s most noteworthy national and local events gives visitors a quick snapshot of the roller coaster they are in for. The death of Martin Luther King, Jr. is spotlighted alongside the New York Mets’ World Series win and World’s Fair. 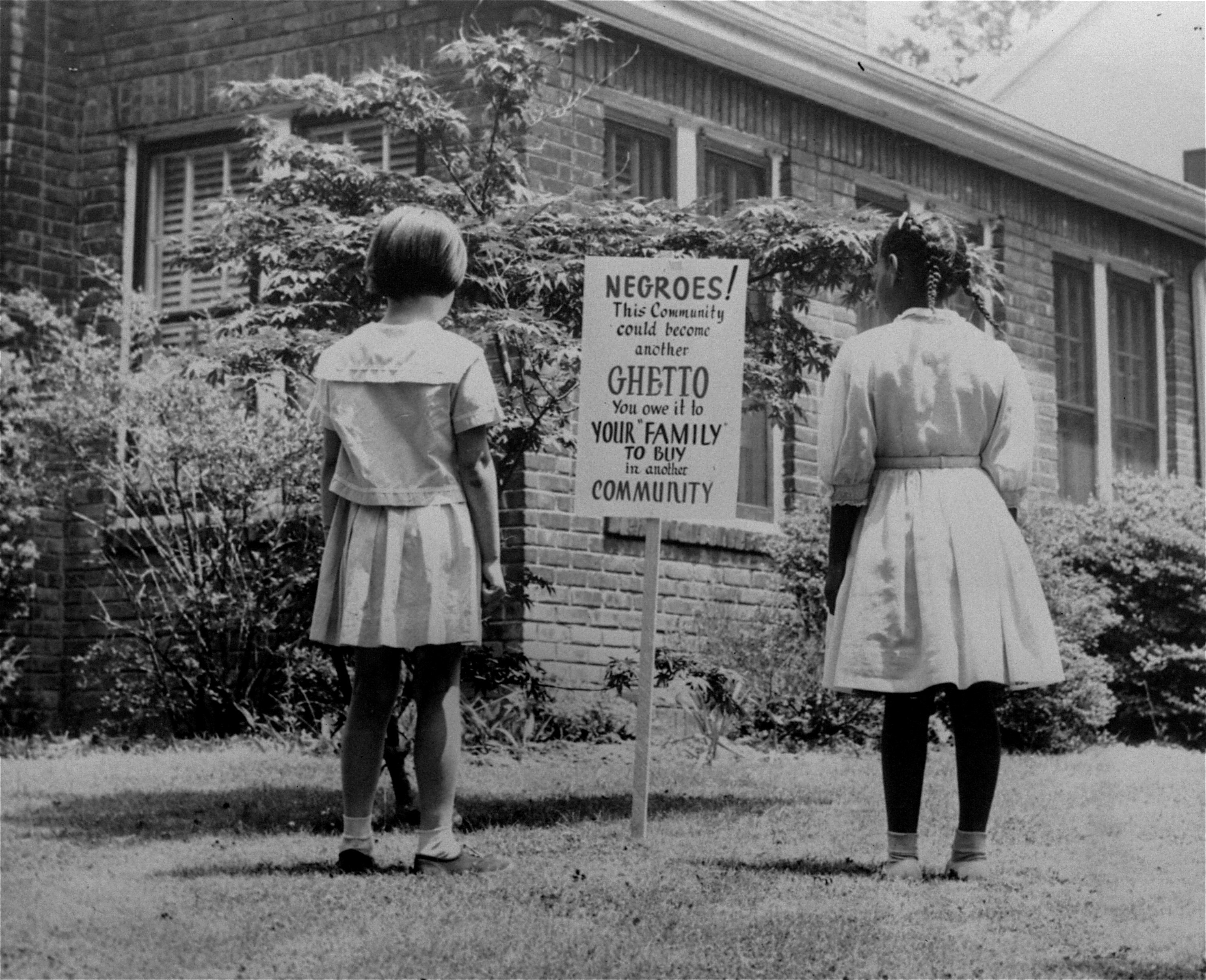 An African American and a white girl study a sign in the integrated Long Island community of Lakeview, N.Y., April 1962. It reads “Negroes! This community could become another ghetto. You owe it to your ‘family’ to buy in another community.” The sign was an attempt to keep African-Americans from exceeding the number of whites who want to live in an integrated town. image: ap photograph

On a nearby wall, a 1962 Associated Press photo of a black child and a white child looking at a sign in Lakeview discouraging African-Americans from entering serves as a reminder the fight for civil rights wasn’t just fought in the South. And, Ruff hopes, people see it’s not over.

“This is a story that is still relevant. We still have integration and segregation…and I think it’s important to understand how some of that is a legacy of what is happening in the 1960s.”

The exhibit takes a less political turn a few steps later, in a section dedicated to the growth of Long Island as a suburban community. In the early 1960s, Suffolk County was the fastest-growing county in the country. The Worlds Fair and the Mets’ inaugural season in 1962 and title in ’69 brought national attention to Queens and Nassau County.

“There’s a cutting-edge side of this. This was a place where there was a suburb transformation, the rise of industrial parks.”

The scenes play out in local newspaper clippings, a video on the rise of the suburbs and a framed jersey that belonged to Gil Hodges, who hit the Mets first-ever homer in ’62 and managed the Amazin’s to that upset win in ’69. 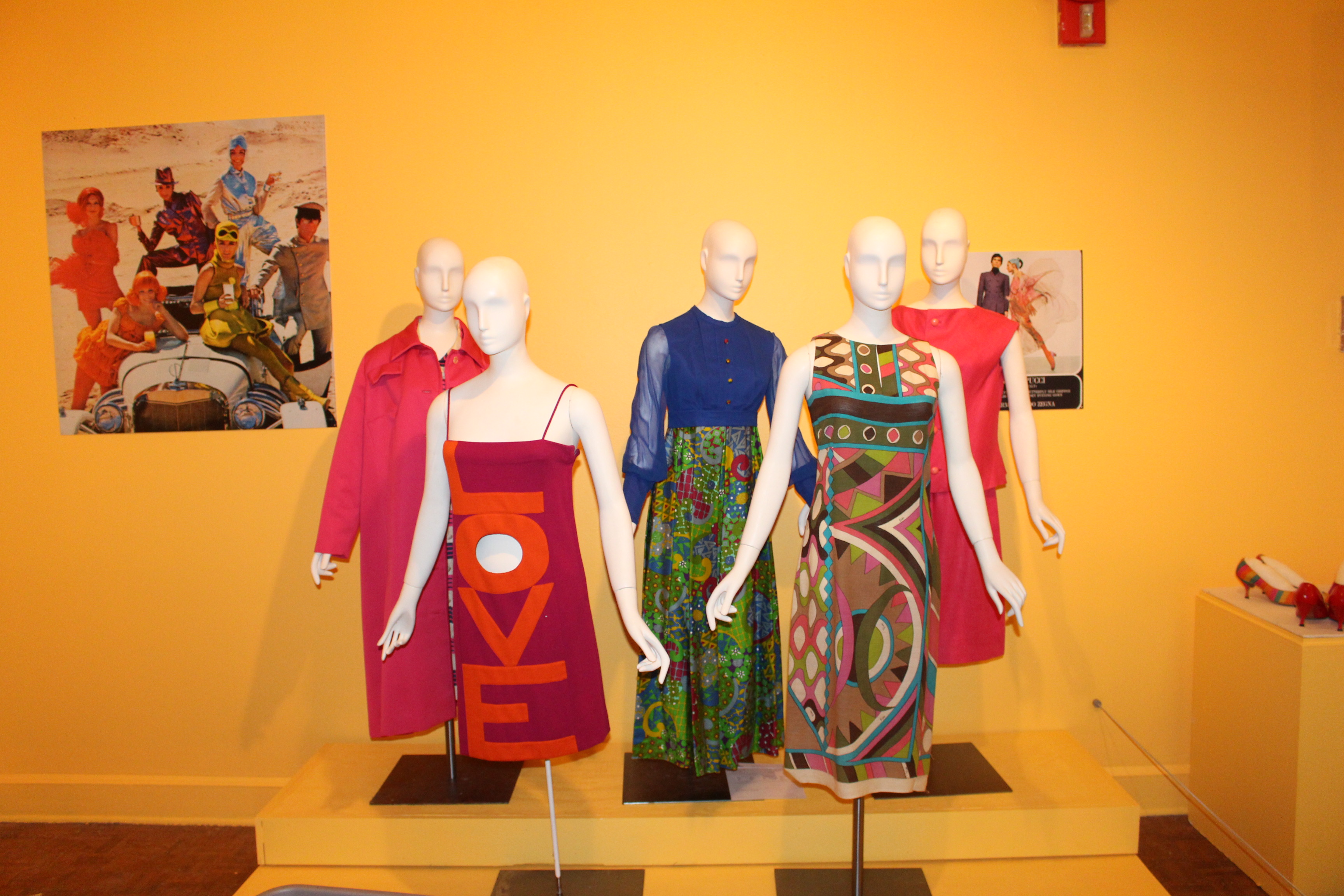 Pop culture takes center stage in a bedroom-style vignette with Beatles posters all over the walls, something that may bring back memories of guests’ childhood bedrooms. And then there’s the fashion. Twenty-seven pieces show a wide-range of the era’s biggest trends. Think bejeweled pleated dresses, polished skirt suits and paisley printed maxis.

“Nothing brings back an era like clothing. What you always hear is, ‘Wow, that’s coming back. That looks so modern, like you could wear it today.’ There’s a continuing story of ebb-and-flow in fashion and given all the television shows like Mad Men that have popped up there is a resurgent interest in 1960s fashion.”

The exhibit ends with a memory wall, which allows guests to write their favorite memories of the 1960s on Post-Its and hang them for all to see.

“It becomes another part of the exhibition because it gives people a chance to read what other people have said and what their experiences were.”

Long Island in the Sixties runs through Dec. 31. For hours and more information, visit the Long Island Museum website.