There are steak dinners, and then there are juicy, succulent steak experiences that you can’t pass up. In New York City, there are many great steakhouses, but only few that rise to become top choices. These five make the cut.

If you want a taste of fancy and impressive but with a twist of modern and trendy, then American Cut is the place. And you just might run into some familiar faces. Amar’e Stoudemire recently hosted his retirement party at American Cut Midtown, which earlier this year began serving lunch, and comedian Keegan-Michael Key stopped by with a few friends, taking to the tomahawk steak. Go.

Keens Steakhouse, Midtown West
A recipient of the 2013 James Beard Foundation “America’s Classics” Award, this 132-year-old establishment is a New York tradition renowned for its muttonchops, but it also serves up formidable sirloin and porterhouse (for two and three). Keens is as old school as it gets, with dark woods, old photos and a selection of 90,000 clay pipes hanging from the ceiling as ambience. Go. 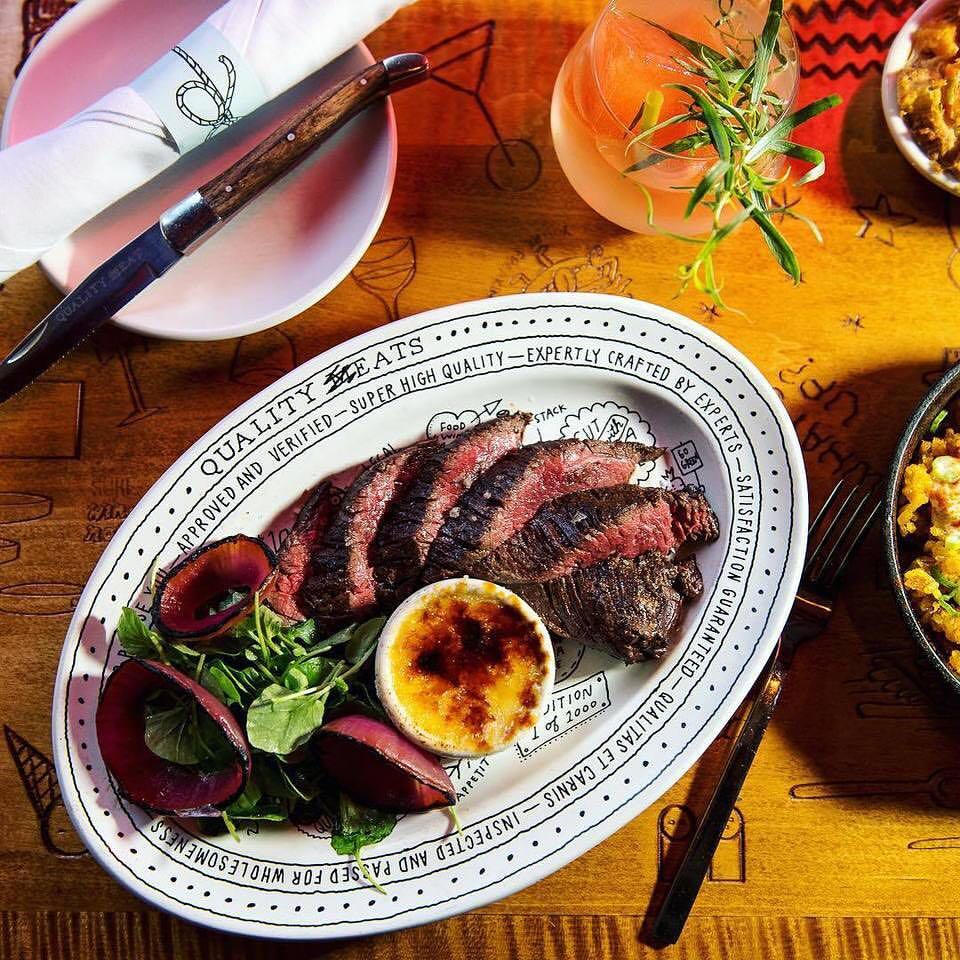 This relative newcomer—it opened in November 2015—has been garnering rave reviews for trying to make steakhouses more accessible to a younger crowd with lower prices and creative dishes. Aside from its steaks—ranging from the Bavette Cut to the London Broil for two—its sides also win praises. That includes the creamed spinach hush puppies, which Gotham described as ”crispy on the outside and oozing with gooey, cheesy greens inside.” Served with a side of beef jus aioli, “they are a nearly perfect, decadent snack.” Go.

Peter Luger, Williamsburg
Some say it doesn’t live up to the hype anymore, but avid fans who continue to pack this 130-year-old landmark steakhouse for its specialty dry-aged porterhouse disagree. Go.

Wolfgang’s Steakhouse (Midtown & other locations)
A former head waiter at Peter Luger, where he worked for 40 years, Wolfgang Zwiener branched out in 2004 with his own midtown steakhouse, and has since expanded to five New York City locations, plus four more across the U.S. and four in Asia. True to Zwiener’s roots, the high-end chain’s specialty is dry-aged porterhouse, but the menu includes a New York sirloin, rib eye, rib lamb chops and filet mignon. Go.