For Enrique Olvera, the Mexican chef behind New York City’s critically acclaimed restaurant Cosme, there was never a doubt that he would one day be at the helm of a kitchen. In the nature versus nurture battle of personal development, he believes it all begins with nature for chefs. “Obviously technique is something that you develop with time and execution as well, but I believe that you’re born a cook,” he explained by phone this past spring from Mexico City, where he was overseeing the construction of the since-opened fourth location of his Eno cafe in the La Roma neighborhood.

Olvera has taken that innate drive to be a chef and brought it to fruition. First came Pujol, his Mexico City restaurant that appeared on the prestigious Diners Club “World’s 50 Best Restaurants” list for several years. Then, in 2014, he opened Cosme in Manhattan’s Flatiron district. Two years later, Cosme continues to garner a great deal of buzz and accolades. It placed in the second tier of the aforementioned “Best Restaurants” list this summer (No. 96) and was a Best Restaurant-Bar Program runner-up in the 2016 Time Out New York Bar Awards. In addition, the James Beard foundation named Cosme’s chef de cuisine, Daniela Soto-Innes, Rising Star Chef of the Year in May. 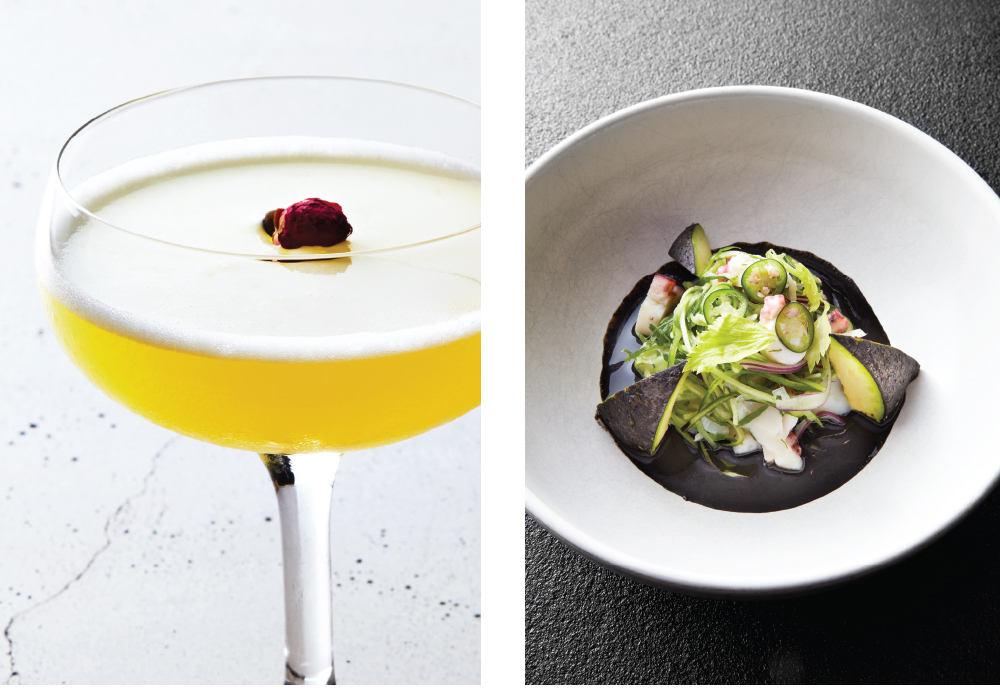 The restaurant offers diners a chance to see a different side of Mexican cuisine; one that takes cues from the ingredients and is intended to offer a fulfilling—but not overfilling—dining experience. “People, when they think about Mexican food, they think about heavy and spicy and probably running a few miles after they finish. We wanted to keep away from that.”

Olvera’s approach to his country’s cuisine can be credited to his culinary school days. While training at the Culinary Institute of America, he was watching a movement unfold in the United States in which chefs were taking contemporary approaches to American cuisine. Inspired by what he witnessed, he sought to accomplish the same in Mexico through a “contemporary mindset and us[ing] our traditions as a starting point, not as the end result.” 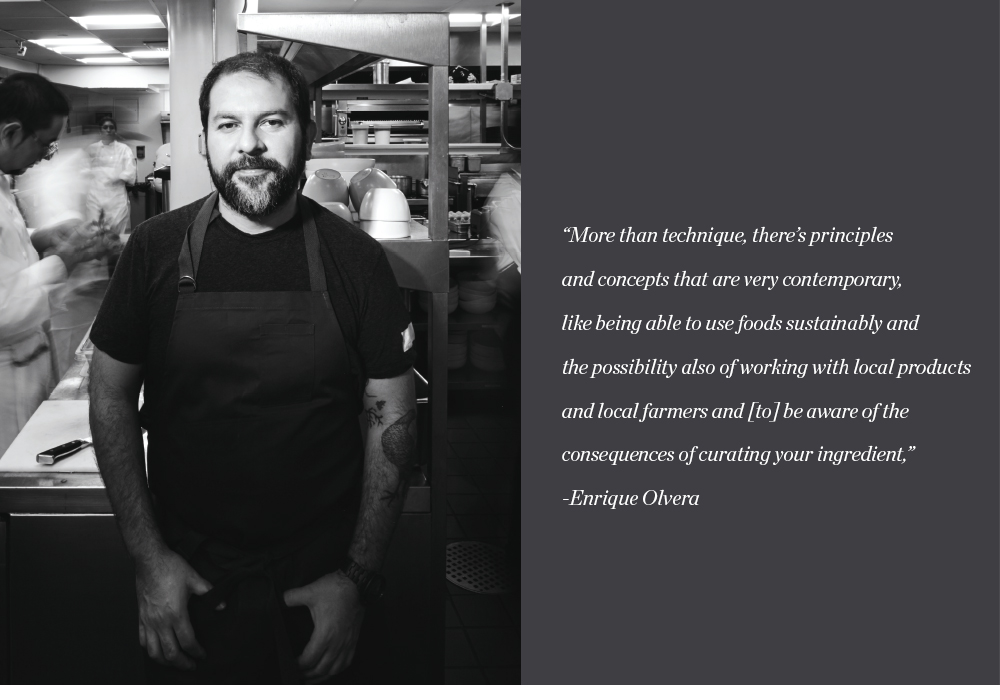 Chef Enrique Olvera believes there are consequences to how ingredients are curated and it follows through every detail of his restaurants. image: nigel parry

This “contemporary mindset” begins with a connection to the land. “More than technique, there’s principles and concepts that are very contemporary, like being able to use foods sustainably and the possibility also of working with local products and local farmers and [to] be aware of the consequences of curating your ingredient,” he said.

This ingredient-centric mentality is reflected on Cosme’s menu, which does not give names to dishes, but instead lists the ingredients one by one to form a whole dish, like lobster, shiso, ginger mojo, brown butter or short rib, scallions, cipollini, avocado. “We wanted just to make sure that people understood that [in] Mexican food you can also use great ingredients. By using great ingredients and making them shine we’re also sending a message.”

In the spring, summer and autumn, Olvera sources Union Square Greenmarket for ingredients, seeking to continue to reinvent Mexican food, but also to retain the distinct qualities that define the cuisine. “I’ll walk through the market and buy products and try and cook them in a way that we find delicious, but is also true to who we are…I think that it is very important [for] countries and regions [to] remain different and therefore, how you can do that is by understanding your context.” It is important, he explained, to “dig a little deeper and try to understand your culture and work from there so that the results [are] keeping true to the area that you’re working with.” 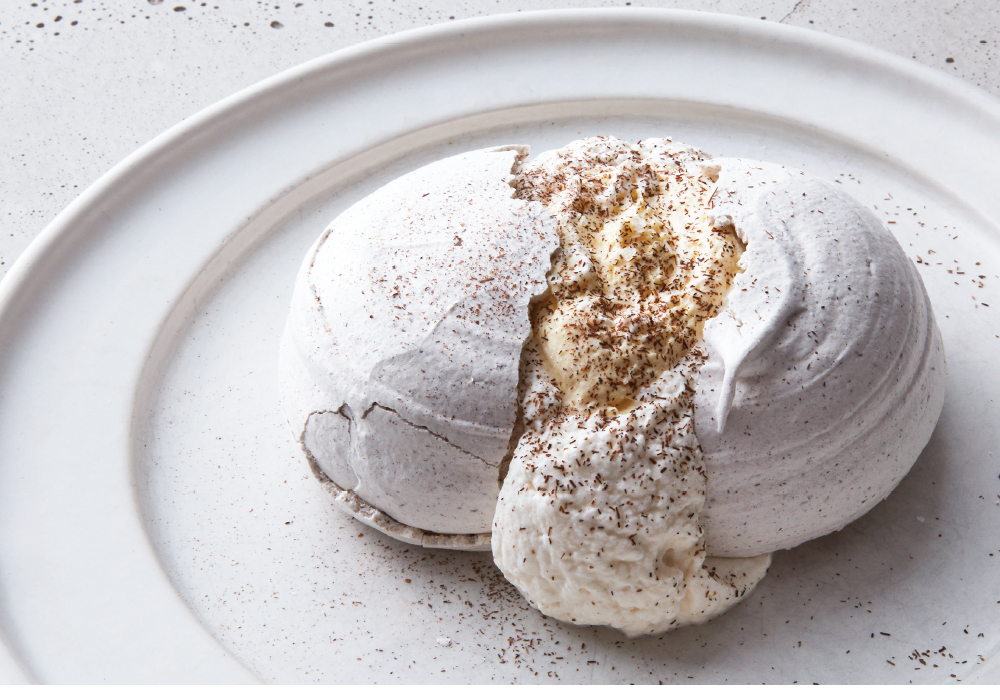 He believes strongly in creating an experience for diners. He understands New Yorkers are “much more impressed with cuisine that is authentic and well executed” than with a lot of pomp. The desire for authenticity extends into how a restaurant feels and is designed. For Cosme, an important factor was finding a raw space that could be remodeled for a modern, distinctive, minimalistic design. While starting from scratch might intimidate some, the chef enjoys construction. “I think I’m a frustrated architect,” he said. “I find a lot of similarities between construction and food and design. If we had just acquired a previous restaurant it probably would end up looking like any other restaurant in New York. Why Cosme has been so successful is because I think that not only food-wise, but also the decor is unique.”

Through Cosme, Olvera has created a beautiful culinary flow between his experiences in Mexico and those in New York. Looking forward, this connection is likely to continue to play out when he and his partners open Atla, a casual Mexican restaurant, in the NoHo neighborhood later this year. Atla will likely be the byproduct of years of successful restaurants, but when Olvera opens a new place, the gained knowledge, ingenuity and successes are transitively shared to all his venues. “Cosme is the sum of everything that we have learned up to date. Obviously Pujol was very influential in Cosme and now Cosme is extremely influential in Pujol as well.”