Director Paul Verhoeven is cinema’s master poker player. From his early days in Holland (Turkish Delight, Soldier of Orange, The 4th Man) to his reign as Hollywood blockbuster king (Basic Instinct, Robocop, Total Recall) Verhoeven’s massively entertaining movies have always had a slyly subversive core that keeps audiences guessing whether he’s being serious or has tongue firmly planted in cheek. The resulting films take viewers on a giddy but unsettling journey. Verhoeven returned to his native Holland for the brilliant World War II drama Black Book and continues his European sojourn in France for his latest work, Elle, one of the best and most challenging films of his storied career.

Working off the award-winning novel Oh… by Philippe Djian, Verhoeven has crafted an irresistibly mesmerizing movie that is simultaneously a gripping Hitchcockian thriller, fascinating character study and darkly funny comedy of manners. Isabelle Huppert stars as Michèle Leblanc, the coolly stylish CEO of a Paris computer gaming company. When Michèle is brutally raped in her home by a masked man, she doesn’t report the assault to the police. Instead, she cleans up, orders sushi, buys a gun and begins searching for the assailant. Michèle’s choices are unconventional, but she’s a complicated woman with a complicated life. Michèle must juggle an on-going affair with her best friend and business partner’s husband, her son’s questionable life choices, the high-pressure release of her company’s extremely violent new video game, her murderous father’s impending parole hearing and her mother’s relationship with a much younger man. As she zeroes in on her attacker, Michèle begins to make bold and astonishing decisions to resolve the conflicts in her life. 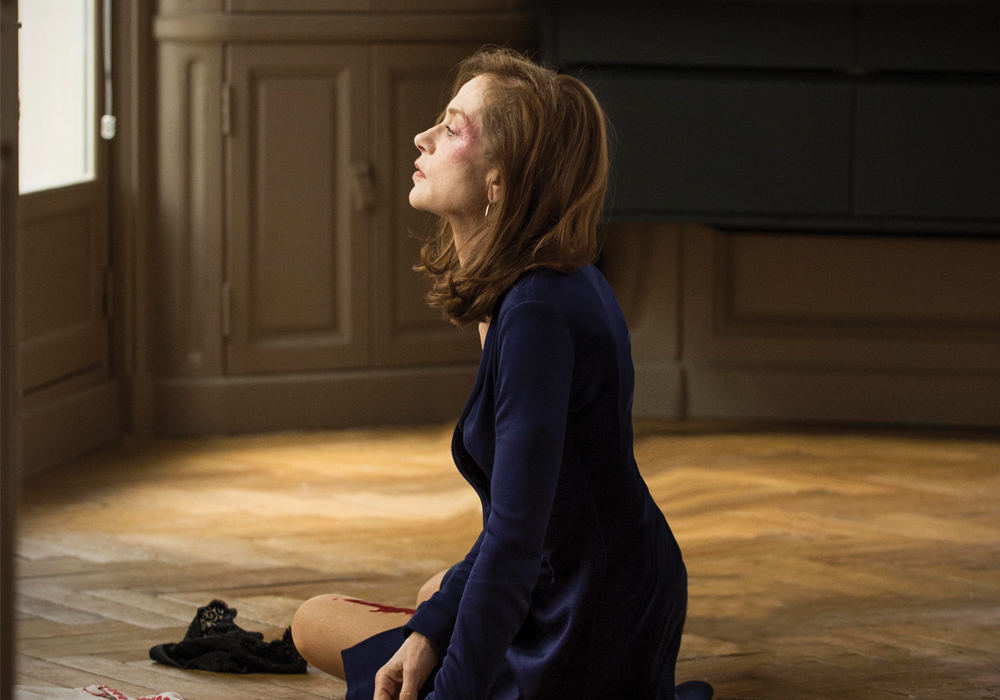 There is arguably only one actress in the world that could play Michèle, and Verhoeven has her as his star. For more than 40 years—in over 120 movies—Huppert has created an unforgettable gallery of characters. Her work has always been distinguished by a fearless ability to dig deep into the darkest corners of the human psyche without losing the basic humanity of the characters she so vividly portrays. In Elle, she powerfully incarnates a smart, tough woman who refuses to follow society’s rules and mores, barreling through life with a determined destructiveness.

At age 78, much like his protagonist, Verhoeven continues to boldly challenge his audience’s expectations. He vividly mixes comedy and tragedy, finding one in the midst of the other in a manner that keeps viewers completely off-balance and highly entertained. Elle is a thrilling exploration of the complexities of love, sex, family, religion and violence, brought to the screen in an amazing collaboration between a master filmmaker and one of the world’s greatest actors.