Art and all it encompasses—creativity and diversity, beauty and perspective—add to the wealth of a culture. By these measures, the Heckscher Museum’s Long Island Biennial 2016 is a strong indicator that our home harbors an embarrassment of riches. In painting and sculpture, photography and assemblage, pencil, pastel, metal or molten glass, the 53 Nassau and Suffolk artists selected for inclusion present a wide range of media and styles joined with impressive technical skill. More than that, each says something unique and important about art, about Long Island and about 2016. This year’s Biennial is to capture a glimpse of the world, albeit a largely abstracted one, through the eyes of some of our most observant neighbors.

Now in its fourth iteration, the Biennial has come into its own. With more submissions than ever before, “it’s become more of an institution,” said Heckscher’s curator Lisa Chalif. “Artists know about it. They look forward to it…And as a museum, we want to be involved with contemporary artists.” 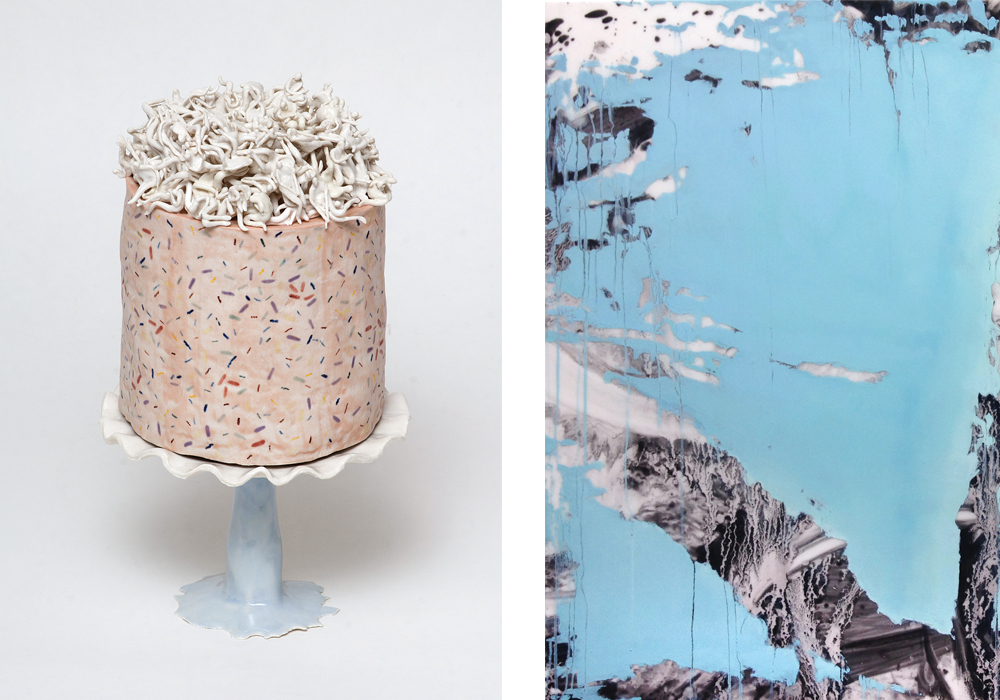 More than a dozen sculptures impart a tactile presence. Jeffrey Allen Price’s “BRICKOLAGE Diptych: Cornerstones of Artistic Process” is an assemblage of the artist’s spent materials. Part self-portrait, part documentation of a journey, it’s an arresting, colorful, densely textured object. Price is repurposing, but also making a point about elements around us and their inherent, if not obvious, potential for beauty. Marianne Weil’s “Between Wind and Water,” translucent and shining, controlled, yet oozing, is a contemplation on containment and chaos. “Night Sky” a stoneware piece by Susan Kadish gives the impression of gazing at the heavens through a gossamer web dotted with starry dew and offers a chance for viewers to observe affinities and relationships possibly for the first time.

In the exhibition, which fills half the museum, Chalif grouped the works into thought-provoking sections, defined by commonalities or contrasts in material and message. The result reveals similarities in the works, such as how several artists found beauty and meaning in everyday objects like safety pins and empty coffee filters. In Gavin Ziegler’s “Bed of Roses,” playful pop-colored circles are made of pennies, his effort to subvert and replace one valuation for another. Traditional landscapes are juxtaposed with works that deal with environmental concerns, like Lawrence Aarons’ “Defense of the Species,” a sculpture of a deer skull with a kendo mask, and Alex Ferrone’s “Winter Aerial Observations Five—Flight,” an abstracted birds-eye-view of local terrain. A section focusing on food includes Lili Maglione’s still-life painting of bottles in muted grays, “Bottles and Cases,” Courtney Young’s technically stunning pastel “Breakfast for Dinner” and Monica Banks’ cake made of porcelain entitled “Hymn.” Daintily poised on a pedestal, “Hymn” cuts the sweetness with a dash of surrealism. The drizzles on top are actually tiny human figures, twisting and climbing out of a Bosch-like amalgam. 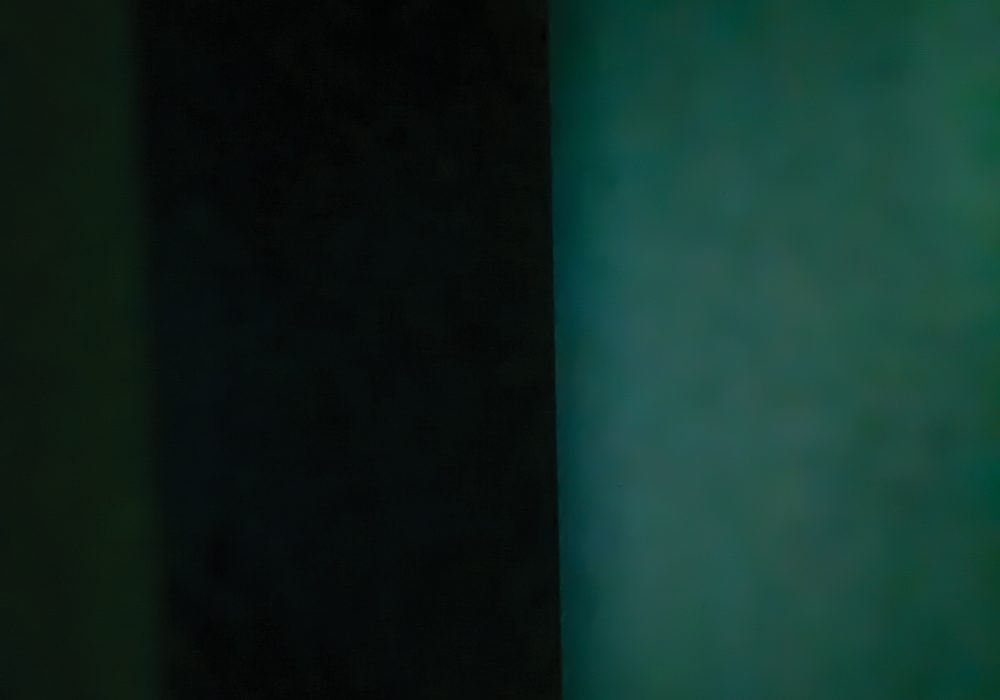 Chalif described the Biennial as “a snapshot of current practices on Long Island.” Citing impressive variety, she added, “It’s a microcosm of the greater art world.” Michael W. Schantz, executive director and CEO of the museum called the show “a win-win for everyone. There’s an arts community in this neck of the woods that’s extraordinarily potent…A show like this helps us to identify artists that we may not be aware of. It gives them an opportunity to display their works, and it gives the public a sense of what’s happening with art being produced right now in our community.”

Up to five outstanding works could be chosen for an award of merit. The 2010 Biennial gave out just one. This year, judges had a difficult time limiting it to five. They were presented to Monica Banks’ “Hymn,” Philippe Cheng’s color field photograph, “Untitled,” Lisa Federici’s ribbon and thread artwork, “Quilted Heart,” Jeanette Martone’s photorealistic pencil drawing, “On the Border,” and Jeff Muhs’ oil on canvas painting “Charting Totality.”

Every curator, museum and artist knows the truth behind Henri Matisse’s maxim, “Creativity takes courage.” Delving into the realm of the spirit, facing, deciphering and crafting an image of the discoveries, and then putting that in front of people and judges can be daunting. But artists wouldn’t have it any other way. The Long Island Biennial gives witness to what local artists see about where we are, where we come from, and what may be ahead. We all know the importance of Long Island in the history of art as incubator of American impressionism, abstract expressionism and pop. Based on this year’s Biennial artists, how does the future look? According to Schantz, “It will be spectacular.”