Machiavelli is celebrating its fifth year of serving seasonally inspired cuisine in New York City and is revitalizing their menu with a host of fall additions. Each entrée, prepared by Chef Gian Pietro Ferro, seamlessly reflects the Northern Italian Renaissance aura of the restaurant that boasts a plethora of artisan-crafted décor. Think hand-carved wooden chairs and wrought iron candelabras to an epic painting of the “Battle of San Romano” spanning on three walls that allows guests to make a brief but great escape to Europe. Chef Ferro dished on the new autumn menu that already has patrons buzzing. 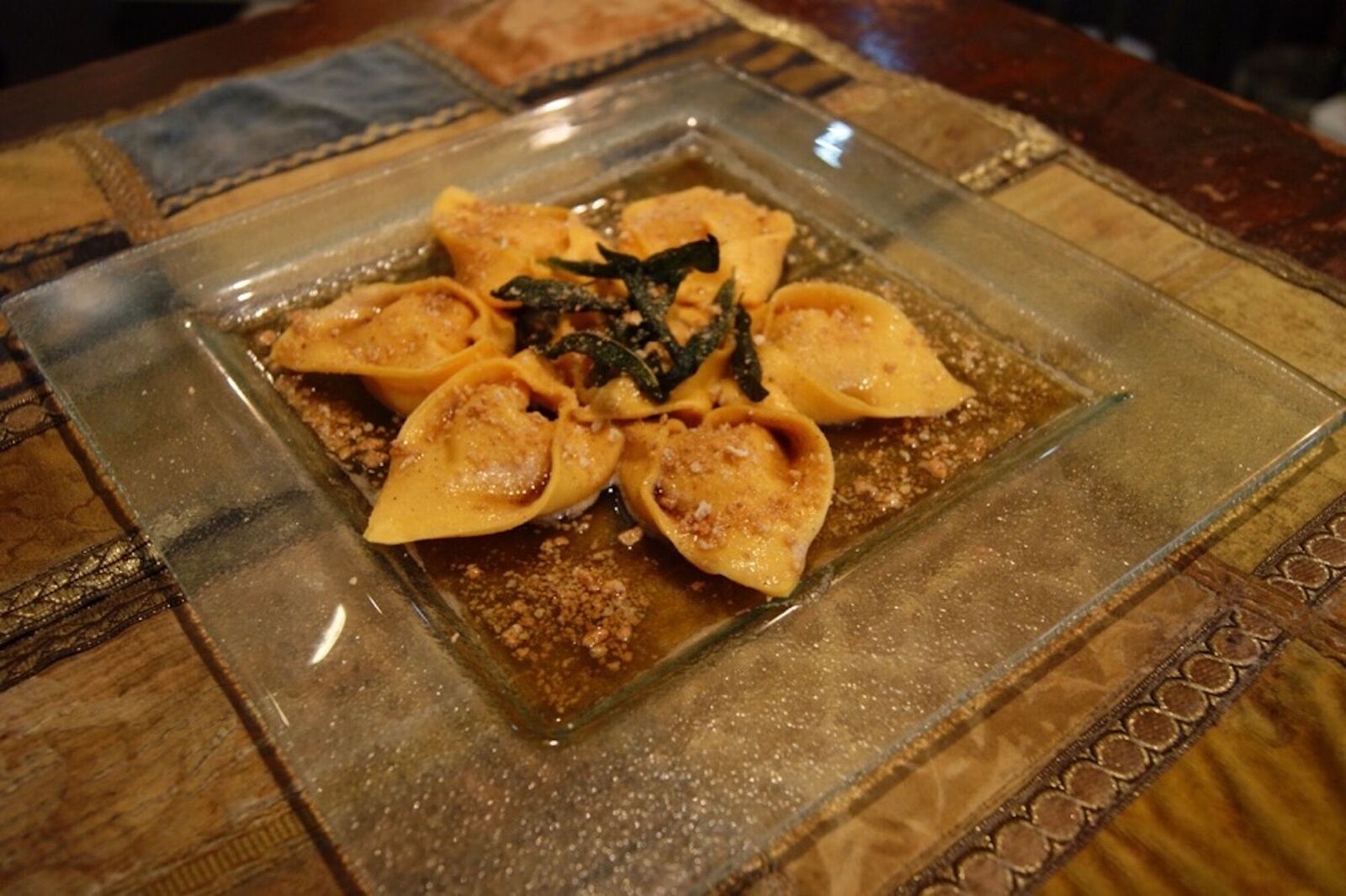 You can’t beat fresh pasta—especially when it’s been rolled by hand. Chef Ferro adds a delicate sweetness to it by “using Amaretti cookies that make it as delicious as a dessert.” The dough is also filled with pumpkin, ricotta and mostarda di Cremona. But it’s the sprinkles of sage butter and a few crushed Amaretti cookies that make it extra indulgent.

This entrée is quite the flavor package. The rice is boiled with radicchio, onions, red wine and butter until tender and then the ultimate seasoning process begins. “The smokiness added by the smoked mozzarella complements well the particular bitterness of the radicchio di Treviso.” You could say it deserves a tip o’ the hat.

Expect the royal treatment. A sautéed filet of royal sea bass is prepared with wine, marinara sauce and olive oil until golden and served on a bed of Vidalia onions, black olives and heirloom tomatoes. Its pungency is one for the record books.

It’s a feast for the eyes—and mouth. The Cavolo Nero Salad is baby kale mixed with red onion, green apples and crispy Italian bacon. The tart apple vinaigrette dressing really puts it over the top. It’s made with extra virgin olive oil, apple cider vinegar, dijon mustard, honey, garlic and salt and pepper for a richness that leaves guests full yet craving more. 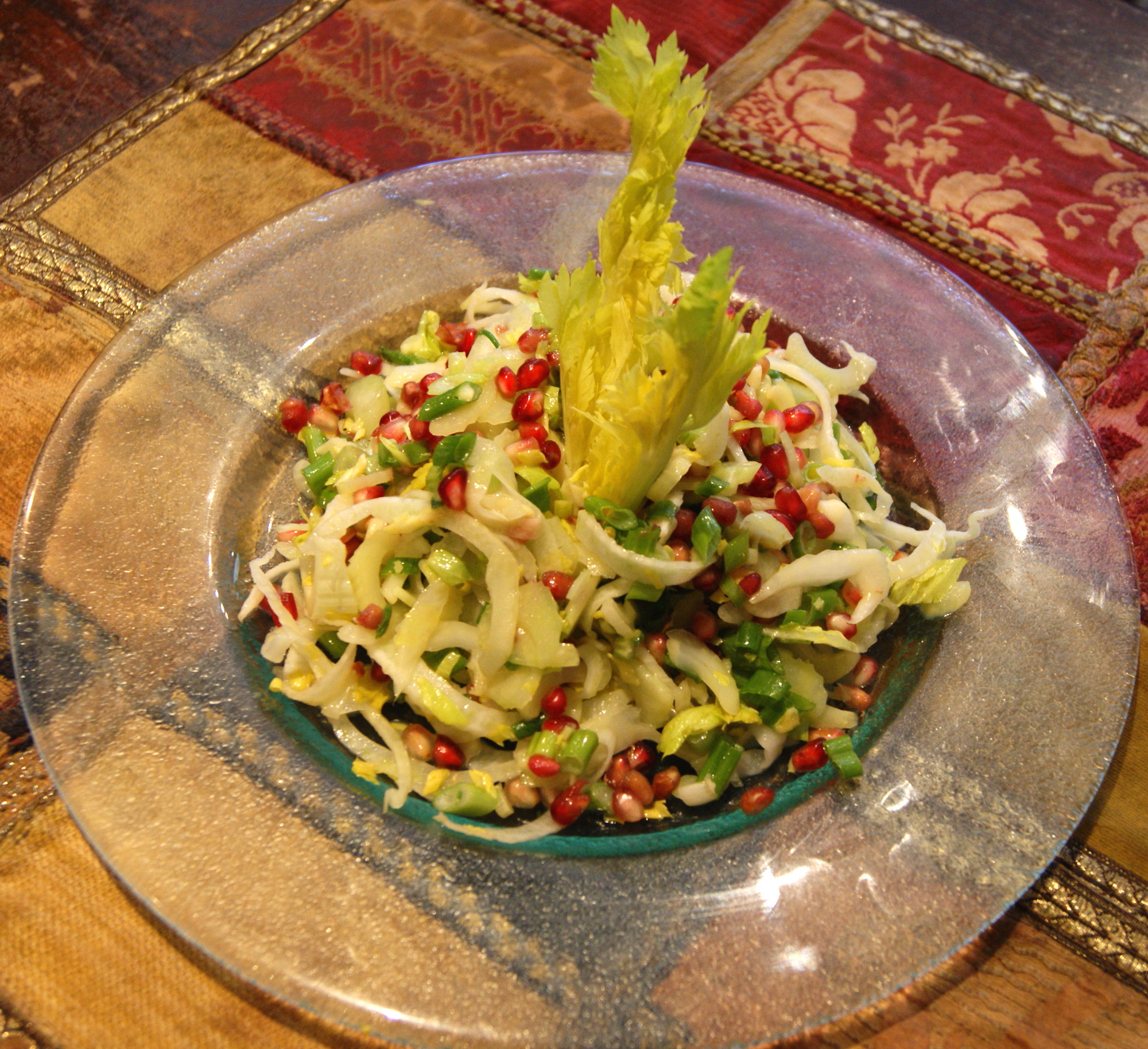 Seasonality is key. Fennel, celery hearts and pomegranates are combined with one of Chef Ferro’s signature citronette vinaigrette’s to add a touch of tang to an already show-stopping medley.