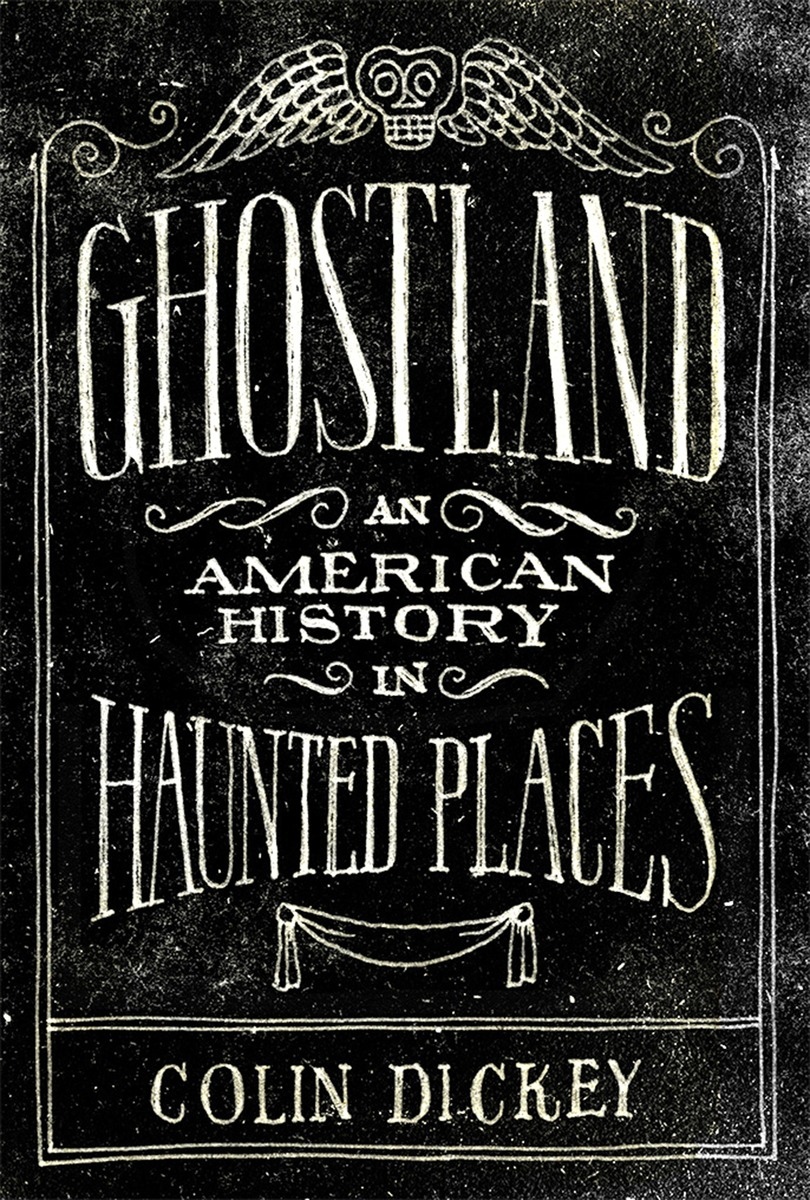 Everything seems a little eerier lately, doesn’t it?

Maybe that’s because the days are shorter and nights throw shadows. The wind blows a little differently. Newly-bare branches look like skeletal fingers and pumpkins guard the house next door, making things feel a bit unsettling. ‘Tis the season – or maybe, as in the new book “Ghostland” by Colin Dickey, history is to blame.

Do you believe in ghosts? If the answer is affirmative, you’re in good company; says Colin Dickey, nearly half of all Americans say they do and almost a third of us claim to have seen one. And if we believe in ghosts, it’s natural to tell stories about them; Pliny the Younger did, which means ghost stories have been around awhile.

For “several years,” Dickey traveled the country looking for such tales, and they weren’t hard to find: nearly every town of any size lays claim to some sort of haunting. The real stories, however, are where those legends originated.

Take Salem, Massachusetts, for instance. As the tale goes, a small group of teenage girls accused some townspeople of witchcraft, and residents were put to death for it. What’s mi$$ing from the legend, says Dickey, is money.

Or take the Winchester House in San Jose. Yes, it’s sprawling and weird, but the myth of the spirits of gun-murder victims is not quite right. Sarah Winchester had purchased an unassuming farmhouse and undertook the vast project to make room for visiting family. Says Dickey, “At some point, the perpetual building seems to have become a pretense to keep her family away.”

In his quest for the creepy, Dickey spent the night in a mansion once owned by a cursed family (and slept well). He examined a haunted toy store, and a hotel that spawned a novel. He noted that all the ghosts in one haunted area were white, despite that slave auctions happened just down the road. He looked at Indian burial grounds – and, indeed, many moldering old cemeteries and churchyards – including both in Louisiana, where hauntings are frightfully common. And yes, he found unexplainable things.

“The dead are watching,” he says, “whether or not we choose to listen to their stories.”

No two ways about it: things go bump in the night. But according to author Colin Dickey, there might be a perfectly good reason for that. Maybe.

And that’s what makes “Ghostland” so darn fun to read: the maybe inside the stories we love to tell on dark, quiet nights. That maybe here leaves the door open for possibilities – and on that note, Dickey strikes a great balance between too much examination and just-right, between debunking old stories and letting readers decide what’s a haunt and what’s not. He informs us with sometimes-surprising stories-behind-the-story, then leaves us to stew in our own fears.

Best of all, you can still take this book to bed with you: it’s factual and even educational, but not so much that it fails to thrill. For readers of erudite eeriness, that makes “Ghostland” a just right fright.