Edward Lovaas’ road to winemaking started as somewhat of a detour. After spending four years in the United States Marine Corps, Lovaas, who grew up in the heart of Mendocino wine country, planned to become a cop. But a friend and motorcycle-riding buddy of Lovaas’ was an assistant winemaker at a small California vineyard and would ask Lovaas to help out with simple tasks such as bottling wine during harvest season.

“I helped him so he could get his work done and we could ride,” Lovaas recalled. “But I started getting into it and thought, ‘This is more fun than being a cop! It’s less stressful.’”

Lovaas wound up studying viticulture at UC Davis and today serves as the head winemaker at Pindar Vineyards and Duck Walk Vineyards, where he seamlessly blends balance and trendy.

You work at Duck Walk and Pindar. Are your philosophies different for each?
They’re different vineyards but some of the philosophies are the same. It’s Long Island, so you’re going to make Merlot; you’re going to make Cabernet Sauvignon. We have different oak programs, yeast, aging times. Sometimes we’ll go 33 months on a Pindar wine and bottle the same style in 18 months at Duck Walk so it will be a little brighter but not as elegant.

What inspires your winemaking?
You have to follow the trends. Pindar’s Peacock Chardonnay, which is made in stainless steel, was bone-dry and crisp. We were doing really well on sales and as the Millennials started changing what they drank, our sales went from amazing to nonexistent. A vintage took three years to sell out versus one year to sell. I went out and bought top-selling Chardonnays in the industry. [Now], it’s still crisp and fermented in stainless steel but we left some residual sugar in it and recouped all of our sales in eight months.

What are the Millennials loving?
They’re Moscato drinkers. They like residual sugar. They don’t really like the super-bone dry and crisp stuff. 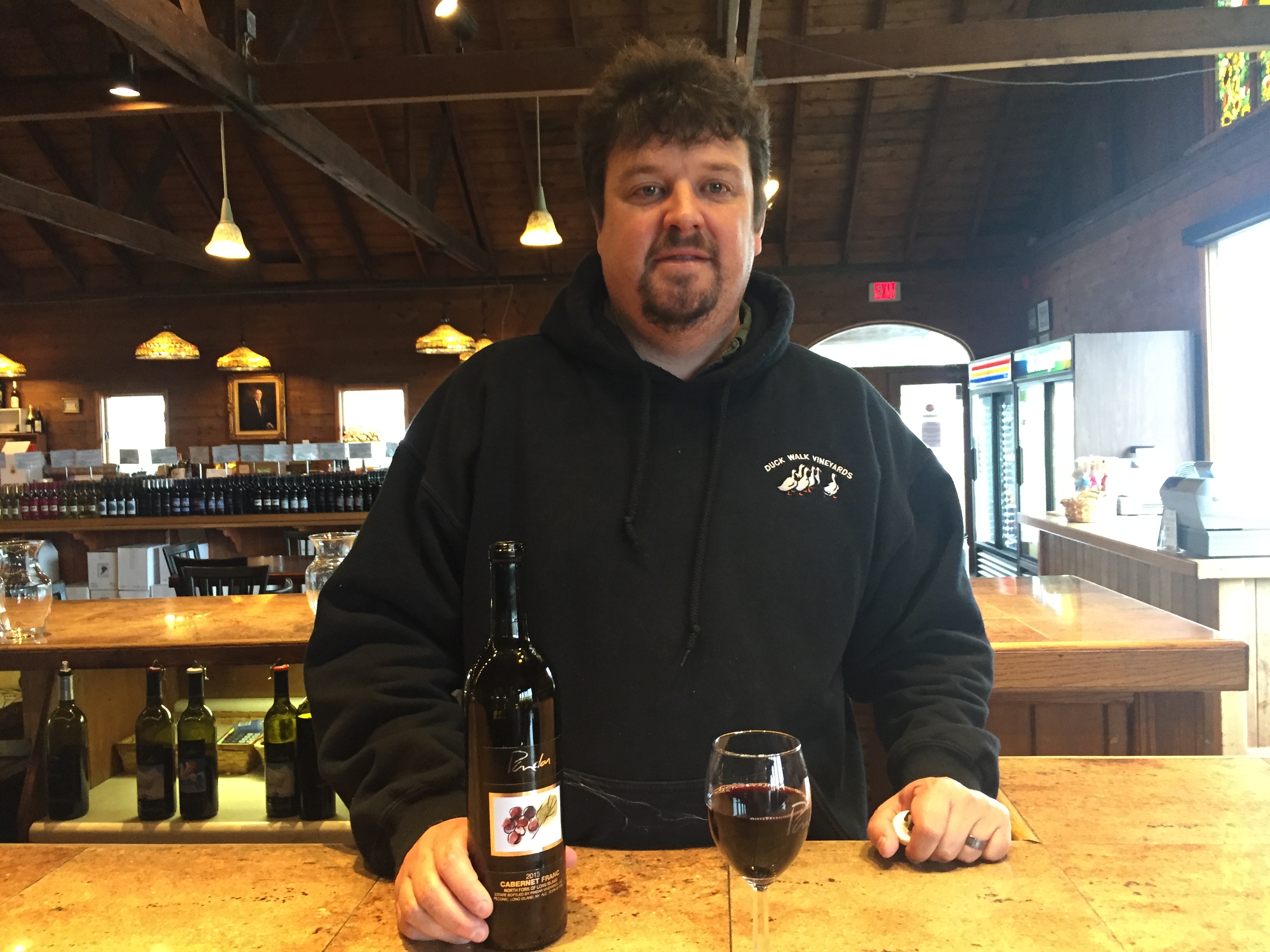 Lovaas grew up in the heart of California wine country

How would you describe your style of winemaking?
I believe in balance. I like a little crispness. On Long Island, you have hot days and hot nights so regardless of what other winemakers say our acids are kind of down and not really there. I like them to be there so whatever Mother Nature doesn’t give me because of the hot nights we’ll add to the wine.

What are some of your favorite wines at Duck Walk? How about Pindar?
At Duck Walk, my favorite wine is probably the 2010 Malbec, the first Malbec we made. The Pinot Grigio, too. We did the same thing with that that we did with the Peacock Chardonnay. We left some residual sugar so it went from selling out every year but slowly to being the number one wine in our tasting room. You’ve got to taste the trends. At Pindar, it varies. I always love our Suav Blanc and dry Rosé. For red wines, our reserve Cab. I’m not usually a big fan of Merlot or Cabernet Sauvignon but it has its place with certain foods.

What are some food pairing tips?
If you have Riesling with a little residual sugar, maybe go with something spicy. It all comes down to what you like. If you are a huge seafood person, Sauvignon Blanc goes great with scallops. If you’re a red wine drinker, then just drink red wine with scallops.

What’s your harvest season outlook?
Mother Nature was good to us all year, now she’s kind of giving us a little rain and we’re just trying to get it off and maintain what we can get and not have too much rot or damage.

Besides harvest season at the wineries, what are some of your favorite parts about the fall on the North Fork?
I like the squashes coming in. The only thing I don’t like is the traffic <laughs>. I normally hit the [farms] on 25 because they’re on my way home [to Greenport].