Throughout the course of rock music history, there have been instances where artists achieve substantial and continued success in England, but not in America (or vice versa). Marillion is one such band—as these neo-prog rockers have scored hit singles (“Kayleigh,” “You’re Gone,” etc.) and albums (Misplaced Childhood, Seasons End, etc.) in their homeland of the UK, but not so much in the US (although they have succeeded in building a loyal cult following Stateside). This year, Marillion issued their 18th studio album overall, FEAR, of which the band will be touring throughout America. The group’s longest-tenured member, guitarist Steve Rothery, recently spoke with Pulse.

What is the meaning behind the album title, FEAR?
Well, FEAR—with regards to the acronym, “Fuck Everyone and Run”—is one of the lines that repeats in the song “The New Kings.” It’s sung from a position from sadness, and it’s a reflection on the attitude of wealthy individuals in corporations, and maybe even government, who are more than happy to ignore the situation of the planet for short-term personal gain. Steve [Hogarth, vocals] calls this “his protest album”—in terms of the lyrical content on both “The New Kings” and “El Dorado.”

It definitely appears as though Steve pulled no punches lyrically on this album.
No, that’s one of the things that he feels very strongly about—a similar situation is the song “Gaza,” which was on the previous album, Sounds That Can’t Be Made. It’s a very difficult situation, because you don’t want to preach your own personal political views, and using music is a little bit suspect. But I think if you can shine a light on something like the humanitarian crisis, and try to make people think really what does this mean in the world that we live in, I think that’s a good thing, obviously. 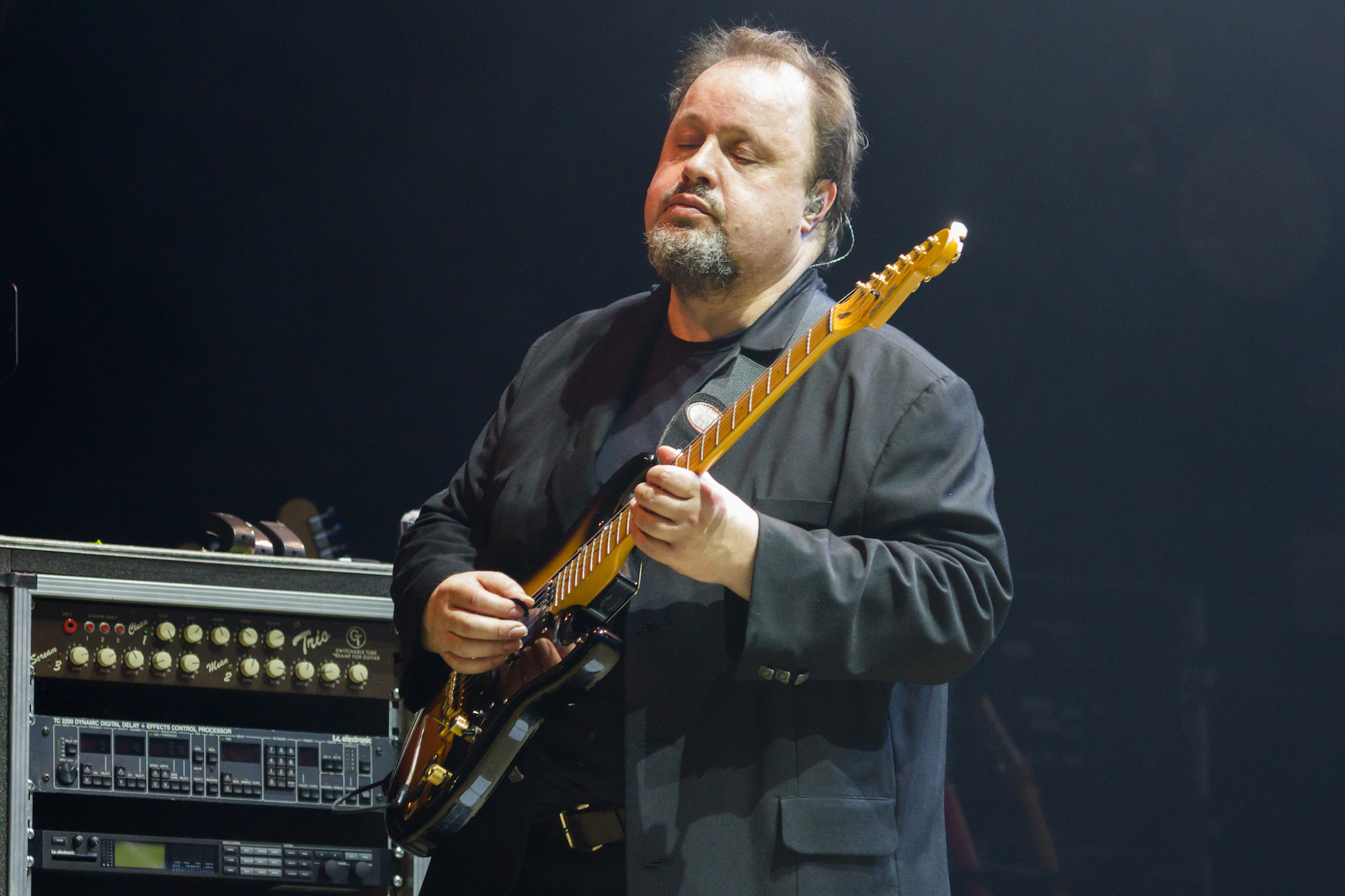 How diehard are Stateside Marillion fans, compared to other parts of the world?
They’re pretty diehard. I know some people who are planning to come to every show on this tour, which sort of staggers me—that level of dedication, really. We have a lot of American fans that fly across to Europe and see concerts there, but it’s still pretty special. I think there’s a great sense of excitement about this tour, and about the album. It’s quite a good time for us.

The band has an upcoming US tour. What can fans expect?
We did a survey of which songs the North American fans would really like to hear. So we’ve taken a lot of that on board. And also, we’re going to be playing cuts from the new album—definitely “The New Kings” and “El Dorado,” and hopefully “Living in FEAR,” as well. We have the biggest production that we’ve had on the road in a while in America on this tour—since we used giant video screens. We’ve tried to incorporate that aspect into as many shows as possible, which is probably the main difference on this whole US tour. There will be a lot of richer visual experiences, I suppose. So, that should make for a stunning night.

Are you looking forward to the upcoming show at Playstation Theater in NYC, on Nov. 8?
New York is always a fantastic show. New York is one of my favorite cities in the world, so I’m actually staying there for four days afterwards—for a bit of a holiday with my wife. So I’m really looking forward to it.