At The Clam, a—you guessed it—clam-centric restaurant in New York City’s West Village, chef and co-owner Mike Price chooses to go local for his most important ingredient. The clams he serves in many dishes, ranging from his dip to his pizza, come from Long Island.

Related Content: The Next Big White for Long Island Goes Great With Mollusks

“The product that I get, it’s ridiculous,” Price said when describing the wild clams he gets from towns including Cold Spring Harbor and Oyster Bay. He believes they are the best in the world because of “how plump the meats are compared to something that you get somewhere else.”

Price knows what he’s talking about. He grew up by the water, 45 minutes from Annapolis, Maryland.

Price also had the chance to spend time on his grandparents’ farm and as a result, “This career was no stretch,” he said. 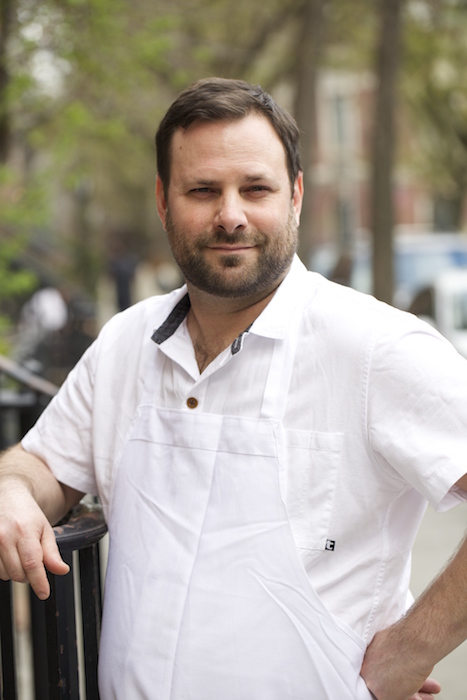 Price grew up by the water in Maryland

Not a stretch, but not his initial path, either. After studying at the Culinary Institute of America, he worked in restaurants in New York and Miami. It was only when he was the chef at The Mermaid Inn that he had the chance to immerse himself as a chef in seafood.

For Price, the idea to open a restaurant around clams came when he realized these mollusks are misunderstood and not given their due.

“They’re a little bit flying under the radar, which is what I liked about it,” he explained.

Where others might just see a clam, he sees possibilities. “You can steam ’em, you can fry ‘em, you can back ’em. They’re quite a versatile ingredient compared to what a lot of people give them credit for.”

The Clam’s menu showcases that versatility. For an appetizer, there is the clam dip served with zesty potato chips that Price described as a “very classic” version of the dish. He offers diners the ever-popular clam chowder, but his version is made with leeks and uses a bit of Yukon potatoes in place of the flour for thickening.

Price breaks the rules with his spaghetti and clams too, serving them with red sauce rather than the traditional white.

“It’s a spaghetti and seafood dish I have been doing for years and the trick to the dish is actually soy sauce, but nobody can pick it out,” he said. “If I didn’t tell you there was soy sauce in it you wouldn’t know it. But it makes one of the best sauces for seafood and pasta I’ve ever had.”

But traditional diners need not be dismayed. “Clams in spaghetti with white sauce is probably my biggest off the menu request, which I always do if somebody asks for it.” 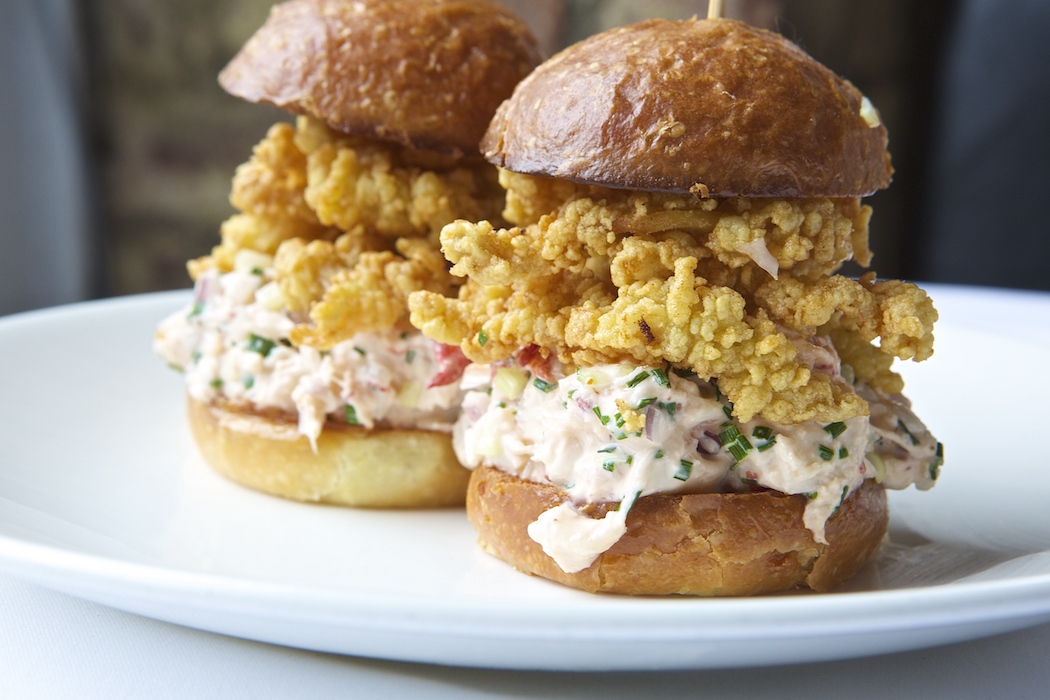 Comfort food is on the menu at The Clam, including lobster sliders

For those who might be interested in fish and other seafood, he offers several options including a grilled whole fish served with spicy Sicilian style escarole and charred lemon as well as a sautéed skate wing served with fingerlings, Carolina shrimp, asparagus and grainy mustard. There is always a chicken and steak option on the menu as well as numerous vegetable sides that currently include grilled asparagus with black garlic yogurt, radish and toasted lemon crumbs.

But Price is hoping that diners will give clams a try.

“It’s one of those underdog ingredients that’s very easy to fall in love with.”

When one falls in love with clams, The Clam will be waiting.