“Skulls and skeletons are the most important symbols of the Day of the Dead: Whimsical and colorful rather than frightening or macabre, they symbolize mortality and the cycle of life and death.” —curator Vicki Ragan

Celebrate the Day of the Dead with the second annual Dia de los Muertos altar box exhibition at Bay Shore’s Second Avenue Firehouse gallery on Friday Nov. 4, 7-9pm. Built to honor the memory of those who have passed, altar boxes are covered with things that were important to the honored person. In Latin American countries, the three-day fiesta is often filled with cardboard skeletons, sugar skulls, tissue paper decorations, traditional foods and marigolds, the flowers of the dead with a scent said to draw souls back to earth.

Music will be provided by the Skeleton Band, who play improvised music inspired by gypsy jazz, French musettes, bluegrass and Roma melodies. The trio consists of saxophonist Eddie Barbash of Jon Batiste & Stay Human and The Late Show with Stephen Colbert; accordionist Sam Reider of Silver City Bound; and guitarist Roy Williams, featured on the soundtrack to Woody Allen’s film Midnight in Paris. 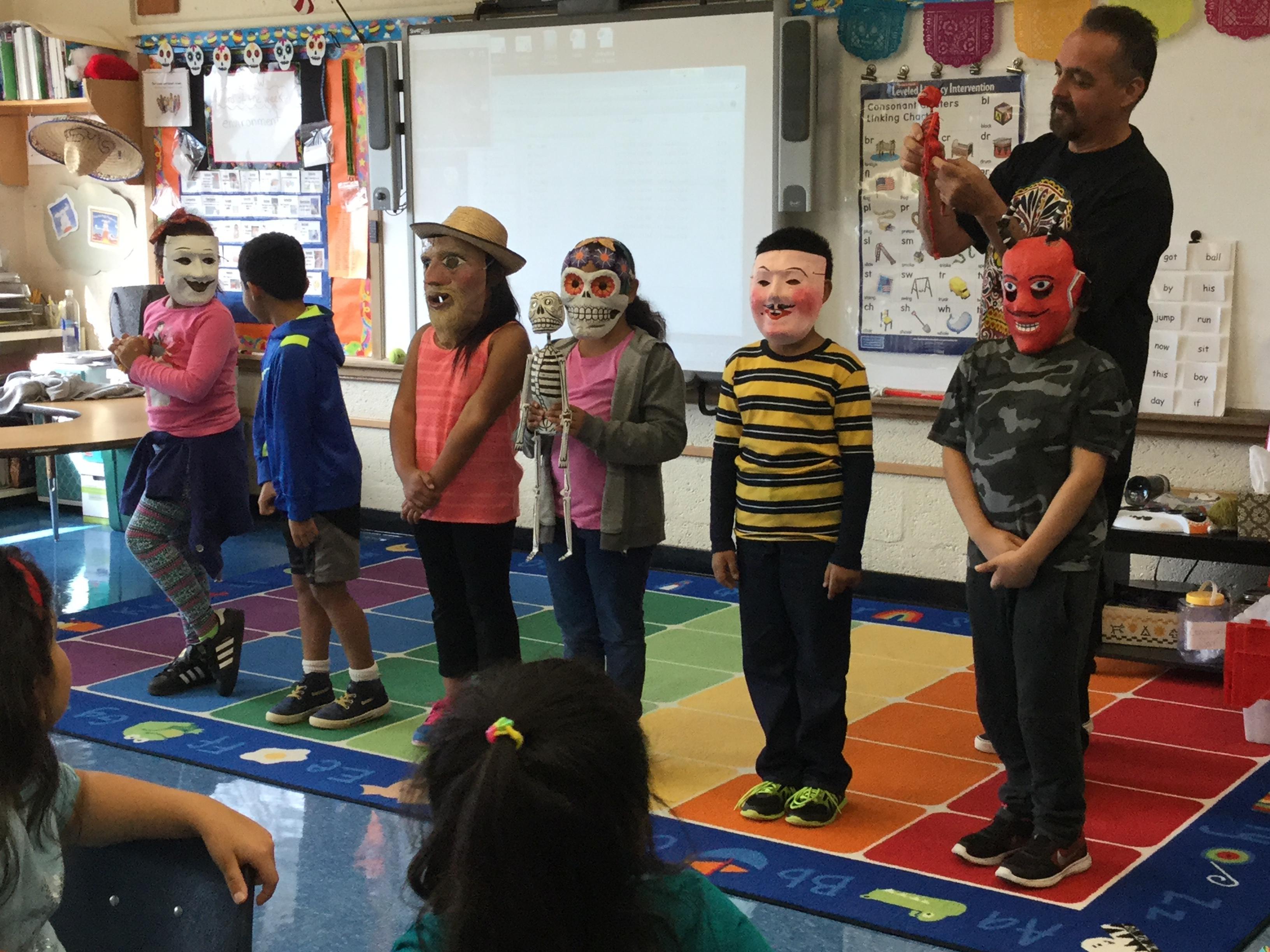 What does celebrating the Day of the Dead holiday mean to you?
I spent the first years of my life in Mexico, and I’ve gone back many times to visit Oaxaca. They go all out for the Day of The Dead. Everything they do there is so surreal and creative. In one small town, where my family has some friends, the tradition is for the boys to paint themselves with tractor grease, dress up like Devils and run around terrorizing the neighborhood. I got to follow along one year when I was really young. Thinking about it always feels like trying to remember some strange, exciting dream. The holiday makes me feel nostalgic.

How did the Skeleton Band come together?
Like all the best bands, we came together out of necessity. Roy had a gig around Halloween two years ago and we were the guys that were available to play it. He dubbed us the Skeleton Band during that performance. It was, in part, because of the holiday, but also because of the sound of the band. With no bass or drums, it’s very bare bones. We play a lot of minor swing music and it sounds like skeletons dancing.

What’s your repertoire like?
Sam and Roy are both great singers and composers. We play a lot of their original music. The covers we play tend to be old folk or jazz classics. We also play some French accordion waltzes.

What do you like about performing at the historic Second Avenue Firehouse?
The Firehouse is a beautiful place to play. It’s a warm, welcoming space and it’s full of history. I’m so glad that it has been preserved and that the town has been putting it to good use.

Any costumes expected for this event, or for The Late Show this year?
We’re probably not going to be in costume for this gig. Not sure what The Late Show is planning for Halloween—but it will be tough to top last year’s show when we played with The Zombies!